Hungary alerted to bombs by SIS?

THE SLOVAK intelligence service tipped off their Hungarian colleagues about a planned bombing campaign ahead of general elections in Hungary next month, according to the country's largest daily paper, Népszabadság. 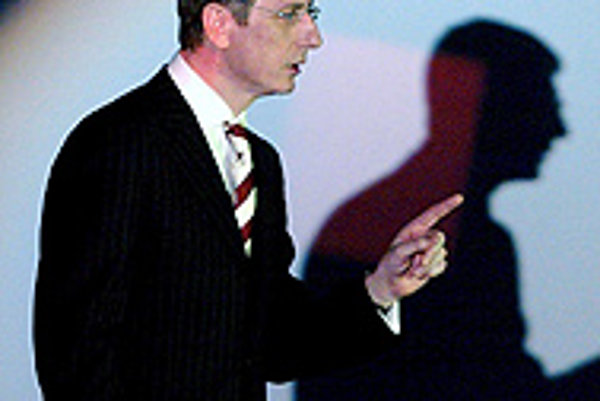 Font size:A-|A+  Comments disabled
THE SLOVAK intelligence service tipped off their Hungarian colleagues about a planned bombing campaign ahead of general elections in Hungary next month, according to the country's largest daily paper, Népszabadság.

The daily reported on March 28 that the Slovak Information Service (SIS) had warned Hungary's National Security Office of the possibility, quoting an unnamed source in Bratislava.

The paper's story became a scoop when it was confirmed the same day by Hungarian Prime Minister Ferenc Gyurcsány at a press conference. Gyurcsány said that authorities had indeed received information about the bomb threat from a "trustworthy" source.

The PM also said that the Hungarian secret service had received the information from an EU member state, although he didn't specify the country.

"The Hungarian intelligence service was officially informed that foreign criminal groups, with the aim of destabilizing Hungary's political scene, intend to carry out explosions in Hungary," Gyurcsány said. The bombings were to have taken place during campaign rallies by political parties.

The Hungarian MTI press agency said the national security committee was to be convened on March 31 to tackle the bomb threat.

Népszabadság claimed that Slovakia's SIS had gleaned the information from the underworld in Dunajská Streda, a small town in southern Slovakia near the Hungarian border. The daily identified the plotters as three people normally active in Croatia who also frequently operate in Hungary.

"It is understood by the SIS that the aim of the explosions would be to disrupt Hungary's public life and those in power", said the newspaper's sources.

The SIS refused to confirm or deny the story. "The SIS does not inform the public of its intelligence activities," SIS spokesman Vladimír Šimko told The Slovak Spectator on March 29.

Ivo Samson, a senior researcher and security specialist with the Slovak Foreign Policy Association, said it is likely that the information came from the SIS.

Among other aspects, Samson said, "this is suggested by the origin of the information - the Dunajská Streda underworld".

When asked how organized crime groups in Slovakia could be linked to the planned attacks in Hungary, he said: "The criminal underworld is often hired for politically motivated violence.

"In this way, the political source who commissions the violence does not act directly but only secures an anonymous transfer of money, while the executor of the act often does not even know who ordered it. This is advantageous for both sides. There are many examples of such violence, such as the attempted assassination of Pope John Paul II in 1981, when the Turkish assassin was probably hired by an Eastern European security service without being aware of whom he was working for," Samson told The Slovak Spectator.

Hungarian elections are scheduled for April 9, and are expected to be a close contest between the ruling Hungarian Socialist Party and the right-wing Fidesz party of former PM Viktor Orbán.

According to Reuters, the socialists said they would go ahead with their rally on April 1, while Fidesz was expected to hold a rally one day later. Hungarian authorities promised to increase security at the rallies and to tighten border controls.