YOU MIGHT not know it from the mood of the Slovak electorate, but the country's young democracy contains some important lessons for countries starting out towards democratic revival. 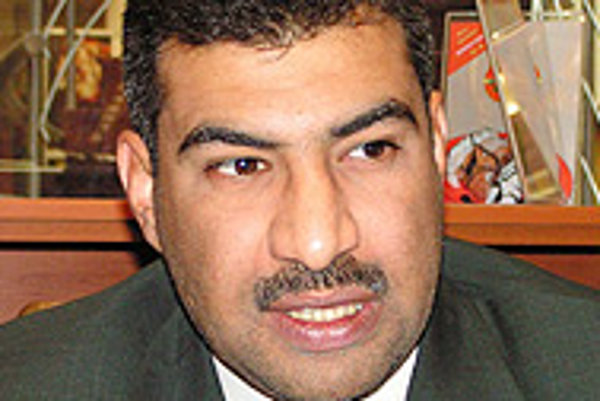 Font size:A-|A+  Comments disabled
YOU MIGHT not know it from the mood of the Slovak electorate, but the country's young democracy contains some important lessons for countries starting out towards democratic revival.

At least, that is the opinion of two young Iraqi NGO workers who visited Slovakia in March and April as part of the Iraqi Civil Society and NGO Leaders Capacity Building Project to absorb the experience of Slovak NGOs with transformation following the fall of the communist regime.

Aehsan, a member of the Reach Society NGO founded by 22 young Iraqi activists, told The Slovak Spectator that NGOs in his country had been ignored until they started supporting charity and working to improve the economic situation.

His colleague Ahmed, a member of the Students Against War NGO, said his government still does not show much understanding for the work of NGOs. Students Against War was established two years ago by five youth activists in Nassiriyah in southern Iraq to get young people involved in the Iraqi democratization process.

After the peaceful overthrow of communism in 1989, Slovakia faced economic recession followed by political repression under the authoritarian government of Vladimír Mečiar. In response, Slovak NGOs joined forces with progressive groups to build democracy. What they learned in the process, said Ahmed and Aehsan, can be usefully applied elsewhere.

Ahmed: Most importantly we are here to observe the experience of NGOs operating in Slovakia, as there are similarities in the development of the two countries. As a post-communist country, Slovakia has had experience with a totalitarian regime, so the experiences of local NGOs that helped shape the democratic movement can be very useful for us.

Aehsan: We came here to learn more about the experience of Slovak NGOs with the post-revolutionary transformation process. What's really important for us is that Slovak NGOs have practical experience to offer, not just theory.

TSS: Do Slovak NGOs working with Iraq have a decent understanding of the situation in your country and the challenges of the NGO sector there?

Aehsan: Western organi-zations, or Central European ones, do not always have a perfect understanding of our society, but they have an adequate general understanding of how the NGO sector works and what challenges it faces.

Ahmed: Iraqi society is very complex with many nationalities, religions and activist groups. There are also many misconceptions and stereotypes about our society. While deep differences exist between certain groups, they do not always prevent cooperation and unity. There is also a lot of basic information about Iraq that is not widely known in other countries. For example, we have many graduates from western universities, and more than 25 percent of our MPs are women. Slovaks may not know these facts, but Slovak NGOs do, and I think their role is to spread this information further.

TSS: What is the state of the NGO sector in Iraq?

Ahmed: NGOs in Iraq are now taking their first steps, and need some foreign experience to help our society get back on its feet. We perhaps have enough activists working for Iraqi NGOs, but we still need skills to manage this group and convince them of democratic principles and the sincerity of our mission.

Aehsan: Our NGOs face many difficulties, but the greatest danger remains terrorism. We face difficulties with the conservative part of the country and pressures from our government. Nevertheless, NGOs have taken great strides in Iraq. For example, during the last elections, our organisation monitored more than 40 media in Iraq to see to what extent they were under the thumb of political parties. At the end of the monitoring we presented the results, which came as a great surprise even to us - only two TV stations were biased in favour of some political groups. The rest were neutral.

TSS: What does the average Iraqi think of NGOs and their work?

Aehsan: Iraqi society is currently living through a bad economic period. The work of NGOs is only starting to have an impact, and people are just beginning to become familiar with them. As soon as the NGOs started to support charitable activities and to work to improve the economy, such as by lowering unemployment, people began to notice them.

People then started to cooperate with them, even though there are groups that don't want NGOs, such as terrorist organisations that call NGOs allies of the US and promoters of their policies.

Ahmed: One of the weaknesses of this sector is that the government itself shows no understanding for the work of NGOs. One saw this in Slovakia, when at the beginning the government didn't accept the NGO sector and literally fought against it, something like what is currently happening in Iraq.

When people participate in workshops they are directly confronted with the work of NGOs and they can understand it. NGOs in Iraq have no government support as they do here, where NGOs can receive two percent of people's taxes. Many Iraqi NGOs have to work with their own capital to send their message to the people. It's a pity that NGOs don't have the finances to work on long-term goals.

TSS: What are the most important things you will take home from Slovakia?

Ahmed: We have talked about how democratic regimes should treat their minorities, since Slovakia has had its own experience with minorities and Iraq also has many minorities living on its territory. The issue of minorities is increasingly interesting for us. We also talked about the Slovak military mission in Iraq, and we underwent conflict resolution and communications training.

Aehsan: We also met with the US ambassador in Slovakia, and he asked us about the current situation in Iraq. I hope we managed to give him a clear picture of what's currently happening in our country.

We also screened a film about Baghdad for Slovaks, and it was very important for us that people from the streets came to watch the movie and were interested in discussing the topic. They didn't seem satisfied with the coverage they find in the media, and wanted to gain a better understanding of the situation. It was good that we were able to show them a bit of our reality and our views on things.

TSS: Is the situation in Iraq different from what the media presents?

Ahmed: The picture in the media suggests that Iraq is close to civil war. It's not quite like that. There are conflicts among various interest groups, but the situation is not as drastic as the media present it.

Iraq has faced many challenges, including the war with Iran, and then the Western embargo on our country. What is happening now is a consequence of the past. Regarding the American role in the war, people mostly view it as occupation. Some want the Americans to stay and get the situation under control, while others want them to leave immediately.

However, the issue of the day is not the departure of the Americans but the worsening economic situation and the frustration that causes.

Aehsan: I would like to point out an important distinction - the civil war that is presented in the media is not one that is consuming society, but is instead a conflict among the armed groups of individual political parties.

On the political level the progress is visible. We have had two elections and we have approved a constitution. We have built state institutions, and we can see that things are developing in the right direction. People evidently support the political developments, as we saw in the first elections, where the turnout was 58 percent, rising to around 76 percent in the next elections. Our society is educated, people have studied at universities, and they are predisposed to help this process.

When it comes to the economy, we have the resources and the people we need to improve the situation. Everything now stands or falls on the issue of security.