Hitching a ride with the private sector

INFRASTRUCTURE spending has always been a difficult temptation for governments to resist. It creates jobs (and appreciative voters), promotes economic growth, and creates the impression of active leadership. 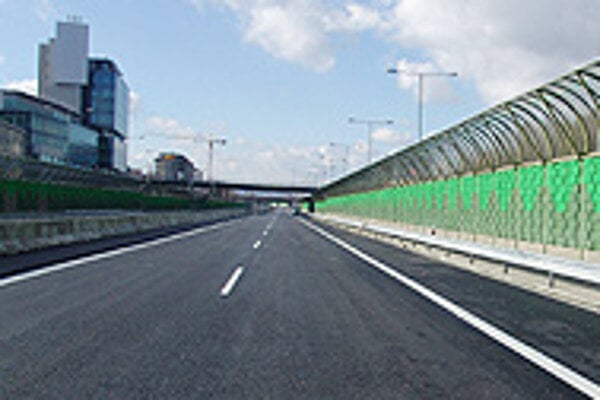 Font size:A-|A+0
INFRASTRUCTURE spending has always been a difficult temptation for governments to resist. It creates jobs (and appreciative voters), promotes economic growth, and creates the impression of active leadership.

But given that infrastructure has traditionally been commissioned and operated by the public sector, where accountability is far lower than in the private sector, the money spent on such projects has not always been used efficiently. Slovakia's freeways are currently among the most expensive to build in Europe, on a per-kilometre basis, while, only last year, the competition authority fined some of the nation's largest construction firms for cartel behaviour in public tenders for freeway projects.

That may all be about to change. The Slovak cabinet at the end of last year approved a regulation on public-private partnership (PPP), in which the state simply orders an infrastructure project and a private partner takes care of the financing and construction. After the road, hospital or prison is built, the private firm has the right to operate the facility and provide services.

The government is now preparing a PPP pilot project for the construction of 30-kilometre section of the Bratislava-Košice D1 highway between Lietavská Lúčka and Turany, including a 7.5 kilometre tunnel. If the project is successful, other infrastructure developments will follow.

A law allowing the government to license private infrastructure contractors has yet to be approved by parliament, but already it is projected that the builder will have to ensure highway maintenance and repairs for 25 years after the road is built. The section is expected to cost Sk20 to Sk22 billion (€530 million to €590 million).

Users will pay for the private highway through an electronic toll administered by a different private company, possibly also under the PPP regime. The amount of the toll will be capped by the state.

The tender for the pilot project is scheduled to be announced in April. With general elections set for June, the tender winner will be chosen by the next government.

"The tender is open to all potential investors," said Transport Ministry spokesman Tomáš Šarluška, which will be in charge of selecting the tender winner.

Finance Ministry spokesman Mikuláš Gera told The Slovak Spectator that private companies were able to provide higher quality construction and operation of infrastructure than the state.

He also emphasized the positive impact that public-private partnerships can have on state coffers. "PPP projects can provide investment funding without state guarantees, and payment is spread over a longer period. By shifting these significant risks to a private company, the state budget deficit and the state debt can be reduced."

The Finance Ministry admits that the public sector can sometimes secure cheaper funding for infrastructure investments, but argues that private investors are better at sticking to deadlines and budgets.

PPP projects are not guaranteed to succeed. The first such partnerships in Hungary to build the M1 freeway ran into trouble, while the D47 freeway project in the Czech Republic ended in collapse and massive unexpected public costs.

Other countries' experiences with PPP projects show they must be closely monitored at each stage, with transparent rules and adequate regulation.

"Because of our lack of experience in this area we will have to run several pilot projects under close public scrutiny, following which we will be able to decide whether to continue to use PPP in Slovakia," reads a Finance Ministry document submitted to the cabinet.

In the future, PPP may be extended to health care, sports and cultural facilities, community housing, reconstruction of cultural and historical monuments, penitentiaries, student housing and e-government.

PETER Halmi is the head of office for the CEO of the Váhostav-SK construction company. He told The Slovak Spectator:

"Highway construction under the PPP structure solves any shortage of finances from the state budget or EU funds. Each previous government, including this one, has declared the completion of the D1 freeway from Bratislava to Žilina and then to Košice as a priority. One of the main reasons none of them finished it was a shortage of money.

"After the approval of the Licensing Act, licensed companies will be able to project, invest in and build a freeway, operate it for a certain time and collect the toll. This will speed up road construction and boost the economy. The PPP system is common in Europe, and highways in Croatia were constructed this way, for example."