One step closer to Maastricht 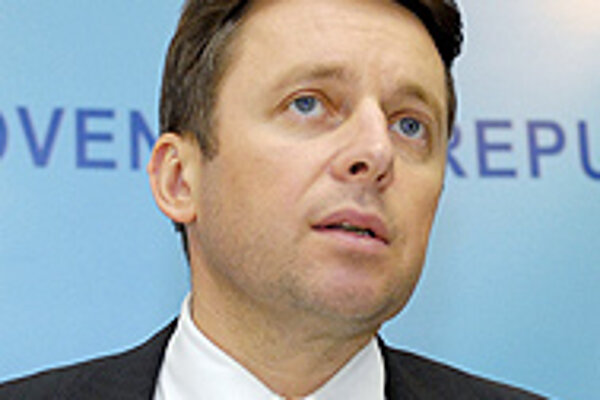 Now, the country has taken another step towards the adoption of the common EU currency by cutting the public finance deficit for 2005 to under 3 percent of GDP.

In order to qualify to enter the eurozone in 2009 as planned, Slovakia must fulfill the "Maastricht criteria" of economic health, including a public finance deficit of under 3 percent of GDP. The criteria also pertain to inflation, interest rates and exchange rate stability.

Thanks to improved tax collection and a wave of cigarette and alcohol buying last December before taxes on these goods went up on January 1, 2006, the deficit results beat the Finance Ministry's original target of 3.4 percent of GDP.

"Slovakia managed to comply with this Maastricht criterion for the first time in its history," Finance Minister Ivan Mikloš said.

"Thanks to healthy and fast economic growth, future generations will have Sk14.4 billion less in debt to deal with than the budget originally forecast," Mikloš added.

The finance ministry also said that several one-off transactions amounting to Sk7.6 billion, or 0.5 percent of GDP, had had an impact on the numbers.

The Slovnaft oil refinery paid a Sk1.3 billion fine that had been levied by the Finance Ministry; the money went into state coffers in the form of non-tax revenues.

On the other hand, Slovakia forgave Sk13.6 billion in debt from foreign countries, which inflated the deficit figure.

Analysts said that the smaller deficit is a product of Slovakia's healthy economic growth, with the GDP rising at 6 percent in 2005, faster than expected.

"The stronger growth of the economy alone produced higher tax revenues equivalent to 1.1 percent of GDP, cutting the deficit by 0.6 percent," Ján Tóth of the ING Bank told The Slovak Spectator.

According to Tóth, Slovakia is on track to record a deficit of a mere 2.4 percent of GDP this year, not including the 2nd pillar of the pension reform. The Finance Ministry expects 2.7 percent excluding pension reform expenses.

"In other words, for the new government to meet the Maastricht criteria in 2007, a mere 0.4 percent of GDP in cuts is now necessary. Provided the new government does not change the current fiscal policy and economic growth continues to surprise on the positive side, the fiscal Maastricht target is attainable even for a government that does nothing," Tóth added.

The 2007 budget plan calls for a fiscal deficit of 3 percent, including expenditures related to the second pension reform pillar.

Slovakia currently fulfils two of the above conditions, those on interest rates and the public debt.

However, Mikloš said that Slovakia might miss these targets if the new government that comes to power after the June 17 general elections lacks fiscal discipline or attempts to scrap recent reforms.

Political and economic analysts forecast that if the social-democratic Smer opposition party comes to power after the elections it might alter some of the reforms launched by the current right-wing government.

But Ivan Šramko, the governor of the National Bank of Slovakia, said in late February he expected the next government to continue preparations for introducing the euro in 2009 as scheduled.

The governor said he had heard no significant reservations against the euro adoption project in parliament.

It is important for the surging Slovak economy and the euro introduction that the new government declares continuity in consolidating public finance, reducing the deficit and achieving a balanced budget around the year 2010, the governor said.