SLOVAKIA'S capital market remains one of the poorest performers in Central Europe. The number of transactions is still dropping from year to year, as is the number of companies traded. Financial institutions operating on the Slovak capital market have long complained of the inefficiency of the Central Securities Depository, which registers securities and settles transactions. 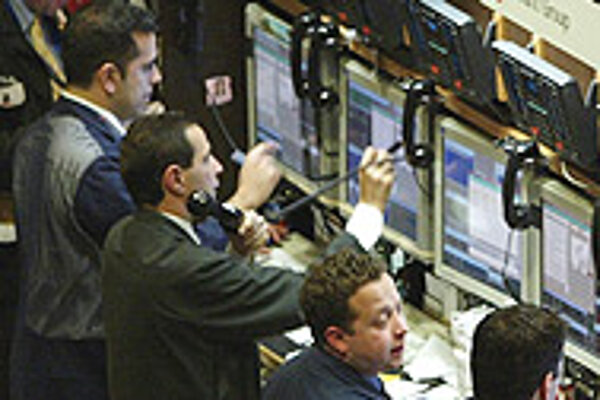 Font size:A-|A+
SLOVAKIA'S capital market remains one of the poorest performers in Central Europe. The number of transactions is still dropping from year to year, as is the number of companies traded. Financial institutions operating on the Slovak capital market have long complained of the inefficiency of the Central Securities Depository, which registers securities and settles transactions.

At the beginning of 2006 the state said it intended to sell its share in the Bratislava Stock Exchange (BCPB) as soon as possible, believing that privatising it could help revive the market.

"The Finance Ministry believes that stock exchanges in Central Europe should be connected in some way to remain competitive in the midst of the ongoing globalisation of European capital markets," said Vladimír Dvořáček, the director of the ministry's financial markets department.

"In this context, shares in the BCPB should be sold to some foreign stock exchange. The basic aim is to allow all companies greater access to the capital market."

However, with general elections in two months, the ministry's privatization plans are unlikely to come to fruition, as the cabinet has called a moratorium on sales of state assets. The future cabinet, obviously, may have a different opinion on the BCPB privatization, especially if the front-running opposition Smer, a social democratic party, comes to power.

"The future [of the stock exchange] is up to the next cabinet, but the next government should also take into account the interests of the other [BCPB] shareholders," said Tatjana Lesajová, spokeswoman of FNM state privatization fund. "Along with the Finance Ministry, we have succeeded in advancing the transformation [of the capital market] to the point that we have strengthened the stock exchange's position."

The stronger position that Lesajová was referring to was achieved in March when the BCPB took over the Central Securities Depository from the Finance Ministry. In return, the state stake in the BCPB, held through the FNM, rose from 22 to 74.2 percent. It was this 74-percent stake that was to have been put up for privatisation.

The Securities Brokerage Association agrees that in the long term, the state is not the best owner for the stock exchange, but warns that privatization alone will not cure all of the capital market's ailments (see article on this page).

"It would be best if the owners were financial institutions that use the stock exchange. They know their needs best. In the long term, the state is not a good owner for any stock exchange," Robert Kopál, director of Securities Brokerage Association, told The Slovak Spectator.

In addition to the FNM, BCPB shareholders include the VÚB bank (6.7 percent), the Allianz-Slovenská poisťovňa insurance house and OTP Banka Slovensko (5 percent each), the Slovenská sporiteľňa bank (3.6 percent), and other minor owners with 5.3 percent collectively.

Kopál said the future owner of the stock exchange might be one of the current non-state shareholders, or another financial institution or foreign stock exchange. "The most important thing is the business plan they present," Kopál added.

Although the BCPB privatisation plan is now unsure, Kopál said that even the first step - the stock exchange's takeover of the Central Securities Depository - should bring positive results.

"The synergy between the two should improve the functioning of the trading and securities clearance systems," he said.

According to Kopál, the depository currently charges exorbitant fees for services that no one uses. The Securities Depository needs a thorough overhaul to reduce fees and provide more user-friendly and pro-client services, he said.

Unlike stock exchanges in Prague and Warsaw, the BCPB's performance is falling steadily. Turnover on the stock market during the first two months of 2006 was Sk40.4 billion (€1.08 billion), which is 50 percent less than in the same period of 2005. The market capitalization of company shares on the BCPB was Sk153.2 billion (€4.08 billion) in February, down 2.7 percent from the previous month.

Last year, 38 companies withdrew their shares from trading on the BCPB, while the stock market itself decided to terminate trading in 47 issues on the public market.

In March 2004, the BCPB even experienced a total halt in operations for several days after the former Securities Centre was transformed into the current Central Securities Depository. According to brokers, the changeover was poorly prepared.