EUROPE is ageing, and the burden of supporting its retired people will only get heavier for its working population. Despite the urgency of increasing labour productivity, however, unemployment continues to trouble many European Union member countries. 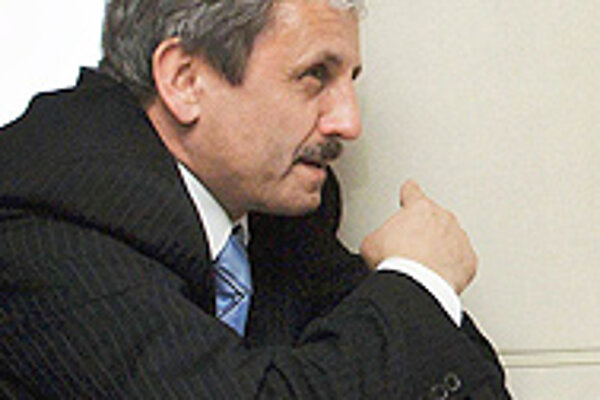 Font size:A-|A+  Comments disabled
EUROPE is ageing, and the burden of supporting its retired people will only get heavier for its working population. Despite the urgency of increasing labour productivity, however, unemployment continues to trouble many European Union member countries.

EU leaders say that part of the solution lies in massive investments into education and the training of highly skilled labour.

"Our citizens worry about losing their jobs. We have to show that Europe is part of the solution and not part of the problem," said the president of the European Commission, José Manuel Barroso, at the Minerva conference on the challenges and successes of the knowledge-based economy in Slovakia on April 11.

Barroso said that education should become the main force driving Europe's economy in the future, while all EU members share the challenge of strengthening their education systems and training qualified labour.

According to Barroso, the EU aims to ensure that by 2007, every school graduate will secure a job or a training course within six months of entering the job market.

He said the goal was not to protect uncompetitive businesses and jobs but rather to protect people and prepare them for competition.

Barroso's words reflect the new focus of the EU's Lisbon Strategy for increasing economic compe-titiveness on jobs and employment. When launched in 2000, the strategy aimed to make the EU economy the world's most competitive by 2010, but poor coordination and a sense that the aims were too high led to the programme's re-launch in 2005.

The EC president added that reforms were the path to a competitive economy, and credited Slovakia for its reform accomplishments.

"It is vital that Slovakia continues to implement its reform programme. It is important that the June elections do not divert attention from the most important task, which is a commitment to reforms," Barroso said.

He also praised Slovakia as the first European country to have presented its national programme - Minerva - for achieving the Lisbon Strategy and a knowledge-based economy. While Barroso's words were complimentary of Prime Minister Mikuláš Dzurinda and his cabinet, which claims that the success of Minerva stands or falls on the continuation of its reforms, the leader of the strongest opposition party, Robert Fico, accused Barroso of interfering into Slovakia's pre-election fight.

"It is impossible to say on the one hand that he does not want to interfere into the political fight between the left and the right, and on the other to fully support the right-wing reforms that are at the core of the pre-election struggle and how voters will decide," Fico told the TASR news wire.

According to Fico, Barroso should have avoided political propaganda and "dictating to Slovaks to take the path of harmful reforms".

Prior to his trip to Slovakia, Barroso had said he would avoid taking sides on the Slovak political scene.

"I'm not going to get involved in Slovakia's internal politics. We will work with the government elected," Barroso told The Slovak Spectator.

"The Slovak people choose their own government. But there are some common goals in Europe including those approved by all member states at the spring European Council. These common goals include increasing spending on research and development, making life easier for small companies, reducing red tape and so on," he added. (See interview above.)

On April 11, Barroso restated that it was not important whether the government inclines to the right or the left of the political spectrum, but rather that it is committed to reforms.

Will Minerva bring the cure?

Although Slovakia is recording economic growth of around 6 percent and has impressed its older EU peers with the reforms it has implemented, the country still has a long way to go to please the Roman goddess of wisdom, Minerva, whose name was invoked for the building of a knowledge-based society in Slovakia. Slovakia must almost triple its spending on science and research to reach the EU target of 1.8 percent of its GDP by 2010.

According to Prime Minister Mikuláš Dzurinda, even if these goals are met, Slovakia will still only be in 15th spot in the ranking of investments by EU states into research and science. Still, Dzurinda says there is no alternative to Minerva in Slovakia.

"Education has become a priority for most countries and in Slovakia for most political parties," Dzurinda told the Minerva conference organized by the Slovak Ministry of Finance, the EC representation in Slovakia and the American Chamber of Commerce in Slovakia.

Currently Slovakia spends 3.7 percent of its GDP on its education sector, while the Czech Republic spends 4.4 percent and Poland 5 percent.

Slovakia has so far managed to complete about half of the 62 tasks that the Minerva action plan set for 2005 and 2006.

Finance Minister Ivan Mikloš reported that Slovakia had launched a national agency for supporting science and research, and provided funding for computer workrooms for 250 elementary and secondary schools. The state has also cut fees for online administrative procedures and launched a programme to support broadband and high-speed Internet connections.

Ann Mettler director of the Lisbon Council, an EU competitiveness NGO, says there is still a deep chasm separating EU rhetoric on becoming the world's most competitive economy and concrete action towards that goal.

She suggested that Europe is continuing to under-invest at all levels of education, including secondary, tertiary and college education, which are all crucial for building a knowledge-based economy.

She stressed that above all, the EU needed to change its budget priorities. "You're not going to build a knowledge-based economy when most of your money goes to agriculture," she said.