"I SAW at first hand the flooding that has hit Slovakia. It's not easy to give comfort but this is an opportunity to show European solidarity," European Commission President José Manuel Barroso said in an interview with The Slovak Spectator. 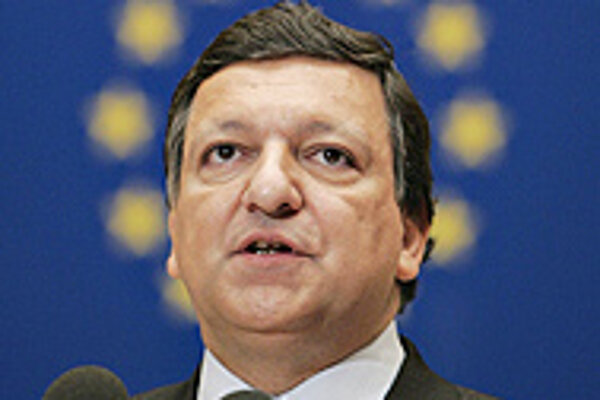 Font size:A-|A+  Comments disabled
"I SAW at first hand the flooding that has hit Slovakia. It's not easy to give comfort but this is an opportunity to show European solidarity," European Commission President José Manuel Barroso said in an interview with The Slovak Spectator.

"I hope that the situation can be normalized as quickly as possible," Barroso added.

"European cooperation really makes sense, and such solidarity should have a concrete meaning. That is why we put forward, even before these floods, a proposal for a directive on flood management in Europe. I hope that we can reach agreement before the summer."

Despite the friendly words, Slovaks know that solidarity in the European Union does not stretch too far. The country's High Tatras region, devastated by storms in November 2004, had to wait a year for a €5.7 million EU aid package. Storm damage was eventually estimated at €225 million with some 24,000 hectares of forest destroyed.

"From my own experience with forest fires in Portugal, I know how important EU assistance is. The Commission acted immediately to give help to Slovakia," Barroso countered.

The EC president's two-day visit to Slovakia on April 11 and 12 came not only after severe flooding but also at a period when Slovaks are increasingly weighing the exact benefits of membership in the European Union.

"I visited Slovakia several times as Portuguese prime minister and also as designated president of the Commission. Nonetheless, this is my first full visit to the Slovak Republic. It comes at an important time and allows me to see the tangible benefits that EU membership has brought," Barroso said.

"Membership has been positive. There has been important progress. The past few years have been a success for Slovakia, especially in terms of competition and growth. There is no longer a state-controlled economy and Slovakia is generally considered a success."

Nevertheless, Slovaks continue to be irritated, as do the citizens of the other seven Central European countries that joined the EU in May 2004, by restrictions on working abroad in older member states.

In May 2004, only the UK, Ireland and Sweden fully opened their labour markets to the new EU citizens. The other original EU members applied a mixture of quotas and restrictions for people from all new EU countries except Malta and Cyprus.

Are Barroso and his Commission doing enough to lift restrictions, which could in theory last until 2009 or even 2011?

"The Commission issued a report requesting that member states end the temporary restrictions on workers from the new member states," Barroso said.

"After this report, several member states announced they would lift restrictions."

The Commission president was referring to Finland, Portugal and Spain, which recently joined Britain, Sweden and Ireland in promising to drop restrictions. However, more importantly for Slovakia, Germany and Austria both look set to keep restrictions, possibly until 2011, the maximum period allowed.

EU national governments, rather than the EC, have the final decision. "However, we have also announced new rules to remove artificial obstacles and clarify how workers may be posted from one country to another," Barroso said.

Some countries, such as the Netherlands, have applied much tighter rules to companies from new member states like Slovakia for posting workers abroad.

With June elections in Slovakia on the horizon, Barroso, who met President Ivan Gašparovič and Prime Minister Mikuláš Dzurinda as well as visiting the Slovak parliament, promised he would not take sides.

"I'm not going to get involved in Slovakia's internal politics. We will work with the government elected. The Slovak people choose their own government," he said.

"However, there are some common goals in Europe including those approved by all member states at the spring European Council. These common goals include increasing spending on research and development, making life easier for small companies, reducing red tape, and so on."

While avoiding specifics, Barroso's call for reforms to continue in Slovakia appeared to place him on the side of the current government, which launched the changes after coming to power in 2002, and in conflict with socialist opposition leader Robert Fico, who has promised to roll back some of the reforms.

"What can be corrected, we'll correct. That which has had an effect, we'll continue. But that which has gone against citizens will be abolished," said Fico, talking of reforms the day before Barroso's visit.

"Following the June elections, structural reforms must continue. The current government has been very cooperative. It's important to tackle the challenge of globalization," Barroso said.

Despite obvious internal resistance to reforms, the opposition appears to favour keeping the major elements of fiscal reform such as a basic tax rate of 19 percent (although possibly set at 25 percent for high earners).

Will Europe itself have something to say about the tax rate in Slovakia in the name of tax harmonization or the European Constitution?

"The Constitution has nothing to do with tax harmonization, which many countries do not accept. But there are areas in fiscal cooperation where states can work together," Barroso said.

"When a firm goes to Slovakia, Germany or Hungary, for example, it encounters completely different fiscal systems. A common consolidated tax base would be beneficial. This does not mean, however, that a country would be less able to determine its own tax system."

Another important goal for Slovakia, as for other new member states, has been to get a "Services Directive" to free up cross-border trade and investment in services. Such legislation would make it easier for Slovak companies to establish branches elsewhere in the EU.

"To get agreement we need to build on consensus between the Commission, the Council and Parliament. The previous draft of the Services Directive would never have got the support of all three institutions. That's why we should not compare the old and new proposals. We should be looking at the progress made under the current proposal," Barroso said.

The watering-down of the Services Directive is seen as further evidence that the Commission is bowing to pressure from richer and larger states, especially France and Germany.

But Barroso vigorously denies suggestions that the European Union is catering to Germany and France. "I am also from a small state, Portugal, and am very much for equality between states. Slovakia is very much respected in the European Union, especially due to its successful experience of reform. This shows the way ahead for many in the EU," Barroso said.