POLICE say that Slovakia's firearms amnesty, whereby people could turn in weapons they had no permit for, was a success. 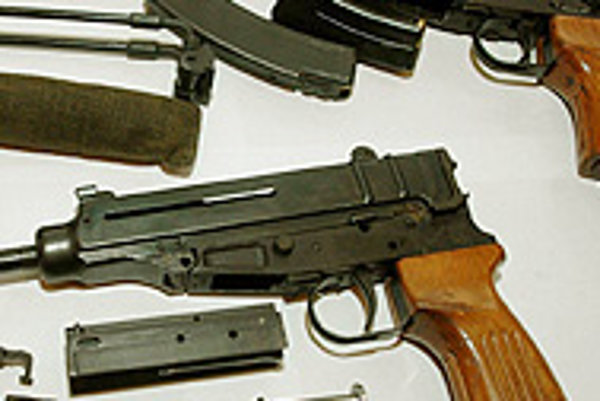 Font size:A-|A+  Comments disabled
POLICE say that Slovakia's firearms amnesty, whereby people could turn in weapons they had no permit for, was a success.

As of early April, Slovaks had surrendered 2,712 illegally-held guns in the year-long amnesty, which was to run out on April 13. Police expected a total haul of around 2,800 firearms.

"As of April 10, Slovaks had handed in 2,712 guns, 348 in the last week alone," police spokesman Martin Korch told The Slovak Spectator.

Despite their satisfaction with the haul, the police are not considering repeating the amnesty.

"The firearms amnesty was successful and met our expectations. The number of people who decided to hand in illegal guns shows that they realized the danger such guns represent, and the fact that possession of illegal arms is a crime," Korch said.

Over the past year, Slovaks who turned in illegal arms to police stations anywhere in the country avoided being charged with possession of illegal arms, which is punishable by one to five years in jail.

Apart from the fact that illegal arms are often used in crimes, Korch also noted that legally held arms are subject to regular safety checks, which helps to avoid gun accidents.

Of the arms that had been handed in by April 10, police experts had inspected around 900, but had not turned up any that had been used in crimes.

The owners of these "clean guns" can now apply to have them legalized. According to Korch, around 500 people have decided to do so.

One year ago, former Interior Minister Vladimír Palko embraced the amnesty, even though it had been suggested by a member of the opposition Smer party, Robert Kaliňák, chairman of the parliamentary Defence and Security Committee.

"The proposal has a rational core. The amnesty will reduce the threat of crime," Palko said after the government approved the measure on March 16, 2005.

"My secret ambition is that around 1,000 firearms will be returned to the police," Kaliňák told The Slovak Spectator at the time.

"I'm more than satisfied with the results, it's nearly three times what I hoped for," said Kaliňák a year later on April 11, adding similar amnesties would likely be repeated in the future.

"At the time I proposed the revision, a taxi driver was attacked by a group of kids with an illegally possessed gun.

"Today there are 2,800 fewer such arms in Slovakia, and 2,800 more registered guns. That's a considerable contribution to increased security in Slovakia," he told The Slovak Spectator.

A similar project was carried out in the neighbouring Czech Republic.

Under the Czech amnesty, around 4,200 unlicensed firearms were surrendered to police. Checks showed that 16 of the guns had been used in crimes.

Even if no "smoking gun" is turned up in Slovakia, police still regard the amnesty as a success.

"The amendment to the Act on Guns and Ammunition aimed to decrease the number of illegally possessed guns. We have achieved this," said Korch.

The police spokesman said that many of the guns handed in to police were old and dangerous to their owners because they had not undergone any proper safety checks.

"We realize there may be many more such guns in Slovakia," said Korch, adding it was impossible to estimate how many illegal guns there are in the country.

"If the police knew enough to be able to estimate the number, they would do their best to remove them from the public domain," he said.

Police say the illegal firearms haul included weapons dating from the Second World War when the Soviet Army crossed Slovakia to liberate the country from the Germans.

Korch said that in one case a gun collector brought 50 historical weapons to the police "to put his collection in line with the law through the amnesty".

Police in Poprad were also brought a machine gun from a military aircraft.

Most guns were handed over in Bratislava region, over 400, while the fewest, just over 200, were given up in Trnava region.