THE PAST few months have not been a particularly good time for the country's foreign trade deficit, which after huge gaps in December and January again posted an ominous deficit figure in February. 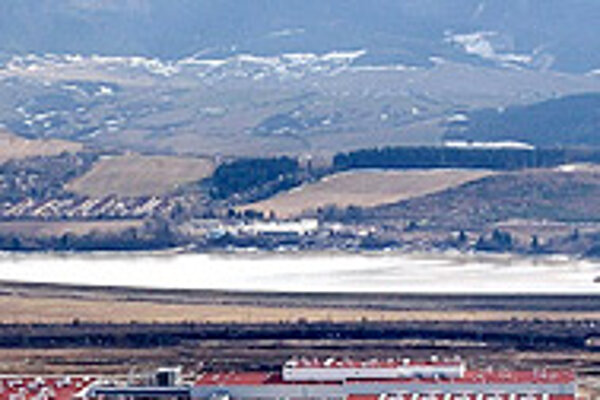 Font size:A-|A+  Comments disabled
THE PAST few months have not been a particularly good time for the country's foreign trade deficit, which after huge gaps in December and January again posted an ominous deficit figure in February.

The February trade deficit was Sk12 billion (€320 million), the Statistics Bureau reported, a major disappointment for the markets, which had expected a gap of just Sk4.5 billion.

The negative trend continued in January with a Sk9.5 billion (€254 million) deficit, up Sk7.7 billion (€206 million) from the same month a year ago.

But market watchers say the situation is not as dramatic as it looks, and that just as in December and January, imports of heavy equipment for the new car factories that are being built are to blame for the February deficit.

"True, the deficit was surprisingly high, but it wasn't a tragedy. Based on the detailed structure of foreign trade for previous months, we can see that imports by investors who are opening factories in Slovakia and bring in technology are responsible for the deficit," Poštová banka analyst Miroslav Šmál told The Slovak Spectator.

According to Šmál, the deficit was also driven by imports of consumer goods linked to the increase in real wages in Slovakia, as well as the increase in lending by banks and other financial institutions.

"The wage increase boosts the purchasing power of the population, and along with that demand for consumer products that are produced not only in Slovakia but also abroad," Šmál added.

The analyst said that the import of investment-related goods was better for the economy than imports of consumer goods, because the former helped increase employment and production for export.

Lucia Štekľáčová, an analyst with ING Bank, also said that better times were ahead for the trade deficit once carmakers start production.

"The trade balance should start to improve from March or April onwards, with March being the last month of major technology imports," she said.

ČSOB analyst Marek Gábriš predicted that the second half of 2006 would bring a turnaround in foreign trade.

"High deficits may continue to show up in the upcoming months which, in connection with pre-election jitters, could lead to greater volatility on the currency market," he told TASR.

However, Gábriš said it was most important that exports continued to grow as they have been.

In trade with its major partners, Slovakia's exports to the Netherlands in January increased by 45.1 percent from the same month a year ago. Exports also increased to Hungary (40.4 percent), and Spain (39.3 percent) and Great Britain (33.9 percent).

In the same period, exports to EU-member states grew by 22.7 percent to stand at 88.6 percent of total exports.

Imports from South Korea in January increased by 149.3 percent year-on-year.

Marta Ďurianová
contributed to the report