AFTER TWO years of inspecting the books of the Slovak Democratic and Christian Union (SDKÚ) of PM Mikuláš Dzurinda, the Bratislava II District Prosecutor's Office has shelved a criminal case involved the party's used of suspected fake donors. 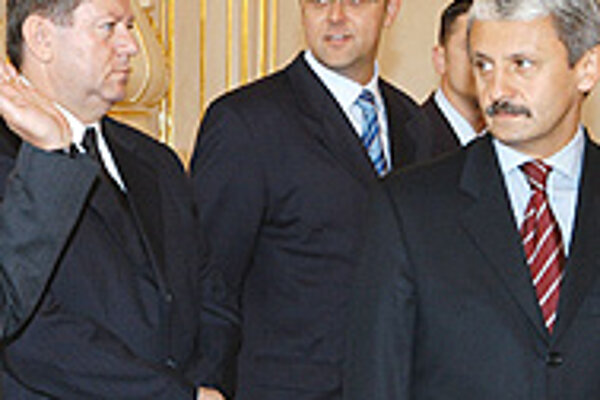 On April 13, the prosecutor's office halted the investigation, stating it had found no evidence that the SDKÚ cooked its books.

In 2004, however, the Fair Play Alliance (AFP) watchdog group sparked a scandal by revealing that some people on the SDKÚ's list of donors denied having given any money to the party.

According to the AFP, the suspicious donations totaled Sk1 million (€26,700). The AFP discovered the inconsistencies by making random calls to donors on the financial reports of the SDKÚ as well as other political parties.

Attorney General's Office spokesperson Svetlana Husárová said it was not possible to prove that these people had not really made any donations.

"The prosecution looked into allegations that the economic data were manipulated," said Husárová, adding that an accounting expert had inspected the SDKÚ's books for the years 2000 to 2003 and concluded that the party had "concealed nothing".

"It is not possible to prove that people who claim they did not provide the donations to the SDKÚ did in fact not made any donations," she said.

"The party registered its donors and properly taxed the donations. Thus, the prosecutor decided to close the case," Husárová added.

Interestingly, some people who originally said they never gave any money to the SDKÚ have since changed their stories.

In 2004, for instance, pensioner Mária Dominová from Trenčianske Teplice was listed as having donated Sk230,000 (€6,130) to the SDKÚ, but denied having made any such donation. "Come on, where would I get that kind of money?" she was quoted by the SME daily as saying.

Today, the 66-year-old pensioner says that she did indeed contribute to the SDKÚ.

"I really gave it to them as it is listed," she told the TASR news agency on April 14.

She explained that she had owned two flats in 2004 but had sold one of them and given a part of the proceeds to the SDKÚ. "I have a relative there [in the SDKÚ] whom I helped out," she said, refusing to reveal the name of her alleged relative.

Another such donor is Pavol Arnold from Trenčín, who donated Sk200,000 (€5,330) to the SDKÚ but previously denied having done so.

Arnold's wife told TASR that "we are SDKÚ sympathizers". Although the Arnolds have not made any more donations since, Arnold's wife said that "we supported, support, and always will support this party".

Back in March 2004, PM Dzurinda rejected the suspicion that his party was making up the names of donors to conceal irregular income, and labeled the affair "a witch-hunt against the SDKÚ".

The SDKÚ has refused to comment on the prosecutor's recent decision.

"We have taken note of the decision," SDKÚ spokesman Martin Maťko told The Slovak Spectator.

The AFP, which discovered the inconsistencies, expressed disappointment with the results of the investigation.

"The fictitious donors case was the first of its kind in Slovakia connected to political party financing to be investigated by the police. Although in monetary terms the case was relatively small, it was an important acid test of the independence and consistency of the police," said AFP Director Zuzana Wienk.

"It is in investigating the political powers-that-be that the police really show whether they treat all citizens and institutions in the country equally," she said.

"Given that the police investigated this case for two years, we think there must have been a serious suspicions that a crime had been committed. The police press release suggests that they halted the criminal prosecution for lack of evidence. That doesn't mean that no crime was committed," Wienk said.

Although the investigation was shelved, some of the people on the donors' list say they may turn to the courts to clear their names.

On April 19, SME wrote that Michal Ambrovič, whom the SDKÚ listed as having donated Sk5,000 (€130), was considering filing a lawsuit. Ambrovič denies having made any donations to the SDKÚ.