I came to Slovakia more then three years ago, although it seems as if it were yesterday. I knew I had come to a country that was soon to become member of NATO and the European Union. 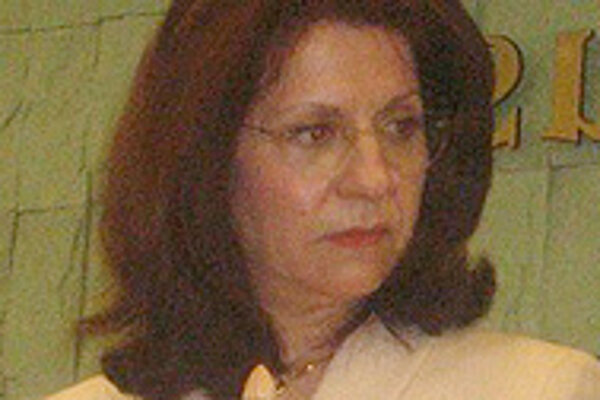 I came to Slovakia more then three years ago, although it seems as if it were yesterday. I knew I had come to a country that was soon to become member of NATO and the European Union.

No matter how many briefings I had about Slovakia and how much I read, the most powerful impression I had was what my father told me long ago about the Tatra mountains and how warm Slovaks can be. He was here during the Second World War.

I have loved this country ever since then, and I hoped I could work in the future to strengthen this bond. And here I am. I felt like I knew Slovakia from before, so I was at home from the first day.

As the Romanian ambassador I knew it was very important to explore my host country and by doing so to further more the already excellent Romanian-Slovak relations. I have therefore traveled quite extensively and very much enjoyed Slovakia's diversity, wonderful landscapes, old traditions, towns, and villages. I was pleased to see the similarities between Slovakia and Romania: the same Danube River, the same mountains called Tatras or Carpathians, to mention just a few geographic examples.

We do not share the same language, as Romanian is of Latin origin. But we gave Slovakia the word bryndza, brought to this country by Romanian shepherds in the 14th century. I am proud that Romania contributed to the halušky recipe that is my favorite Slovak dish.

I had the excellent opportunity to see how a young and ambitious country can grow in such a short time: highways, stores, and factories are being built alongside traditional castles and old houses. I met special people, be they officials, students, or members of the Romanian language community, while enjoying the friendliness and courtesy that is so much a part of Slovakia's genuine hospitality.

I hope I was able to strengthen and multiply the existing ties between our countries. Readers of this newspaper may know that during the Second World War, over 11,000 Romanians died to liberate Slovakia, and that the first prime minister of Czechoslovakia, Milan Hoda, studied in Sibiu, Romania, while the first and oldest lectorate for foreign languages at the prestigious Comenius University was dedicated to the Romanian language. A Slovak community also made its way to Bihor and Arad counties in Romania in the 17th and 18th centuries to settle in their friendly adopted homeland until today. Last but not least, the recent history of NATO and the EU, the great family of democracies that Romania and Slovakia belong to, has also brought our two countries closer together.

Of course, there are things to regret. I wish I had done more to encourage Slovak tourists to enjoy our Black Sea resorts, or the unique Danube delta, the beautiful old monasteries and the spectacular Carpathian Mountains in Romania.

So let me take this opportunity to invite you all to my country, to the old city of Sibiu, which will be the European Capital of Culture in the year 2007.

Romanians and Slovaks have a lot in common and yet are different. The right mix between the two ingredients is enough to intrigue and also to encourage young people from Romania and Slovakia to try to get to know each other better.

My duty is to keep alive our traditional relations with Slovakia and to strengthen the solidarity between our two countries. I do this enthusiastically not only as a duty, but as an honour that I discharge with great pleasure.