WHILE promises by the front-running opposition Smer party to roll back economic reforms if it enters the next government can keep foreign investors awake at night, most still hope that any administration that emerges from June elections will maintain the country's pro-investment and business-friendly course. 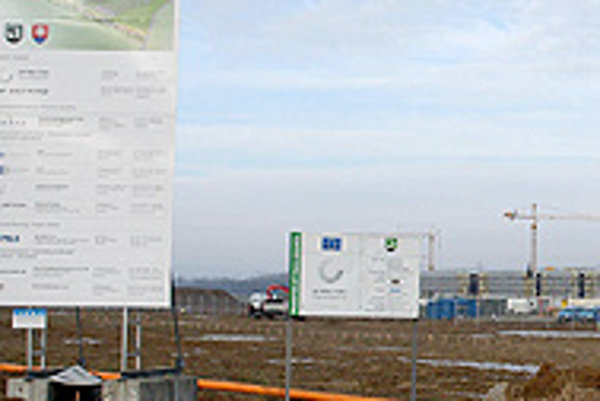 Font size:A-|A+  Comments disabled
WHILE promises by the front-running opposition Smer party to roll back economic reforms if it enters the next government can keep foreign investors awake at night, most still hope that any administration that emerges from June elections will maintain the country's pro-investment and business-friendly course.

If anybody in the government has their fingers on the pulse of the investment community these days it is the Slovak Investment and Trade Development Agency (SARIO), the country's "one-stop shop" for investors. SARIO officials say they have not noticed any pre-election anxiety among investors.

"So far the elections have influenced neither SARIO's operations and its communications with investors, nor interest among investors in coming to Slovakia," SARIO spokesman Michal Novota told The Slovak Spectator.

According to Novota, in the first quarter of 2006 the agency has mediated eight investment projects worth a total of €22.4 million in FDI and creating over 2,000 jobs.

The investments are headed to the service, automotive, IT, chemical, machinery and iron-processing industries.

International economic analysts say that parliamentary elections do not tend to have any impact on the flow of foreign investment into a country, at least in principle.

"It is prolonged political instability and the absence of pro-business policies, rather than elections per se, that tends to alter strategic decisions by foreign investors," said Bruno Sergi, professor of international economics and political economy at the University of Messina, for The Slovak Spectator.

The director of SARIO's FDI section, Martin Rybár, reported on April 19 that the agency is now working on 149 registered investment projects, with most coming from Germany, the US, South Korea, Italy and Great Britain.

While the automotive industry is still attracting the lion's share of investment, SARIO has been working since last October with a new set of rules on providing state investment stimuli that encourage investment into sectors with higher added value.

The agency said it was still too early to tell whether the new rules were resulting in more investments going to backward regions or to hi-tech sectors crucial to the country's goal of building a knowledge-based society. However, the new rules were certainly making the work of attracting investments easier, officials said.

"It's too early for us to be able to judge the practical impact of the rules and whether they motivate investors to go to regions with higher unemployment," Novota said, adding that SARIO welcomed the changes because they defined clearly the basis for issuing state support, ensuring that all sides knew beforehand what was on the table for discussion and what was not.

"Based on the rules, an investor can estimate the state support they qualify for and then base their decision on that. We don't have to do all these procedures on our own. The rules also provide a different set of motivations for investors to decide which region to choose or which sector to invest in," Novota said.

Meanwhile, the local media continue to be full of stories on new investments.

The Copenhagen-based Unomedical company, for example, should receive Sk136 million (€3.63 million) in state aid for its new plant in Michalovce (Košice region), which represents 38.9 percent of the Sk350 million that the Danish company pledged to invest.

The state will also provide Sk247,273 for each new job created by Unomedical, which produces disposable sterile medical materials and instruments. The company plans to employ 550 people in several stages.

The amount of direct state support should reach Sk110 million, while the other Sk26 million should be obtained indirectly via tax breaks.

And on April 20, computers maker Lenovo announced a new investment in Slovakia.

Many Slovak towns, especially those located in the country's "hunger valleys" where unemployment is 20-30 percent, are dotted with empty production halls and factories that went bust when their socialist state funding ran dry.

However, the government is now hoping to interest foreign investors in taking over these facilities instead of building new factories.

"The database and real estate monitoring project lists land and production halls that municipalities want to sell. Investors who are coming to Slovakia will now be able to have a look at what's on offer," Novota said.

The good news about Slovakia is not coming only from the government, but also from investors who like what they have found here.

According to a recent survey by the German-Slovak Chamber of Commerce and Industry (DSIHK), German investors ranked Slovakia as the most appealing investment destination among the countries of the Visegrad Four (Slovakia, Poland, Hungary and the Czech Republic).

"About 300 German investors are currently active in Slovakia. The German-Slovak Chamber of Industry and Commerce receives many requests [for information] from German companies interested either in investing in Slovakia or in dealing with Slovak business partners. We expect this trend to continue," the chamber's Markus Halt told The Slovak Spectator earlier this year.

In early April, the director of the Irish branch of developer Opus Land Ltd., James Nugent, told SARIO Director Milan Juráška on his visit to Dublin that Opus was interested in increasing the company's investment in Slovakia.

"Nugent also said he was interested in cooperation on tourism and making contact with Slovak specialists on the treatment of hemophilia, hepatitis, AIDS and cancer," said Novota.

Nugent said he would help found a Slovak-Irish chamber of commerce in Dublin. During their trip SARIO leaders met with potential investors, including Noel Flannery, owner of Irish company Taggart Holdings.

Apart from the headline investments that impress the markets and are used by politicians as PR ahead of the June elections, many smaller companies are coming to Slovakia with projects of great importance for the regions they settle in.

Increasingly, these destinations are pre-built parks for investors that provide infrastructure, hassle-free land and an exalted status in the local community.

Slovakia's industrial parks started off slowly, and foreign investors often complained that they were not prepared to host demanding businesses. However, several now seem to be experiencing a boom.

Nitra's Sever (North) industrial park, which has aspirations to create a total of 1,500 new jobs, cannot complain about a lack of interest. Several companies have already signed cooperation agreements with the local authorities.

One of its prime catches is Visteon Slovakia, which plans to invest in Nitra and set up a components warehouse in Dubnica nad Váhom (Trenčín region) at a cost of Sk2.64 billion (€71 million) by 2008. The company, which plans to produce car componentss promised to create about 450 new jobs, while the state has promised Sk422.9 million in investment stimuli in return.

According to the TASR news wire, the Germany-based Giesecke Devrient is also building a plant in the Nitra park that will produce plastic cards for bank machines (ATMs).

Nitra will also be home to the Danish company Carnitech/Marel, which will build a unit processing stainless steel for the food industry.

The Austrian-German mecha-nical engineering company Keller has not only been considering Nitra's Sever; it has already signed a contract with the local authorities on moving to the park and supplying the country's expanding automotive industry.

Western Slovakia's Prievidza, a former mining town, will also get an industrial park with the state contributing Sk151 million towards construction. The park will occupy 51 hectares and might later grow to 73 hectares, offering a home to eight companies and factory jobs to 1,500 people.

While the industrial park in Central Slovakia's Poprad-Matejovce is not yet finished, it already has some prospective industrial tenants, Poprad authorities said. The town started building the park last July with total costs estimated at Sk179 million, of which Sk157 million will come from EU funds.

Poprad deputy mayor Gustáv Dobák said interest in the park has been high.

In the first stage the park will occupy 10 hectares and could open its gates for investors in August.

According to the SITA news wire, the city has already signed a contract with the GGP Italy firm, which is to produce lawn mowers and employ about 300 people.

Another Italian firm that will employ 150 people plans to start production in the park in September.

The town of Vráble has also gotten in on the action with ambitious plans to expand its existing industrial park, which is part of the town's industrial zone and stretches across eight hectares with four production halls.

Two of the halls serve Teleflex Automotive Slovakia, a Slovak company with US capital producing operating systems for the auto industry. Teleflex employs around 1,100 people and plans to hire more.

Slomedical, a company with German capital that produces medical equipment and instruments, leases the third hall, employing 150 people but planning to have 500 employees in the future.

The Austrian engineering company Miba Steeltec has moved in to the fourth hall and plans to have 200 people on its payroll.

Vráble mayor Tibor Tóth said that an additional 10 hectares would be offered to investors as soon as the land became available.

More investors are also lining up for the new industrial park in Zlaté Moravce, already the home of Danish compressors producer Danfoss and the German Volkswagen, which produces car cables there.

According to the Pravda daily, three foreign machinery producers should invest over EUR 10 million in the park. Spain's Estamp, NPL S from France and Scanferla from Italy have already signed investment memorandums with the town.

"These companies will be investing in Zlaté Moravce in two stages until 2008. Initially each company will employ about 50 people, while after expanding their production they should employ 700 people altogether," said Viliam Ondrejka of ZM Invest, the company that has been getting the industrial park ready for the new tenants.