SMALL businesses, start-ups and innovative firms face greater difficulties than other companies in securing development financing due to their uncertain futures. Banks and private financial institutions are often just not willing to take a chance on them, no matter how original or promising their business plans. 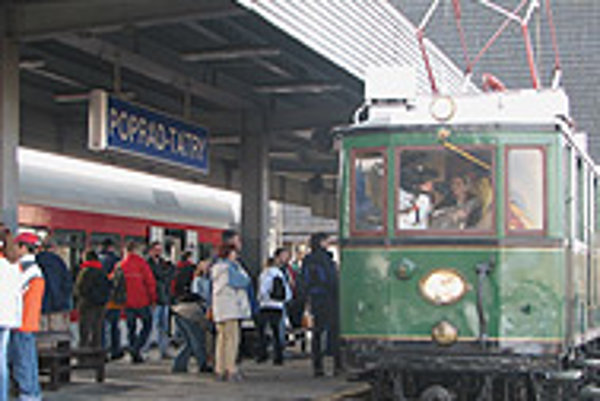 Font size:A-|A+0
SMALL businesses, start-ups and innovative firms face greater difficulties than other companies in securing development financing due to their uncertain futures. Banks and private financial institutions are often just not willing to take a chance on them, no matter how original or promising their business plans.

The problem is that such firms are at the same time the engine of a country's development, as well as important sources of jobs and knowledge. If funding can't be somehow secured for them at the time when they most need it, the economy itself will suffer.

With this in mind, Slovakia has decided to earmark part of the money it will be receiving from the EU's structural funds in the next EU Program Period from 2007 to 2013 for venture capital and innovation. The Slovak cabinet has defined several "innovative financial tools" through which support for innovation should be delivered.

These tools include: guarantee schemes for SME loans, support schemes for startups, soft loans (where the conditions for getting a loan are not as strict as in banks), and technical assistance for private-public partnerships.

The strategies were designed in cooperation with the European Investment Fund (EIF); Slovakia will serve as a pilot project for the EIF.

"In line with our intention to use innovative financial tools for the 2007 to 2013 period, the Finance Ministry proposes to earmark a maximum of 15 percent for this purpose of the overall allocation from the European Regional Development Fund for Slovakia. This will comes to about €700 million in 2004 real prices," the ministry told The Slovak Spectator.

Innovative tools will be aimed especially at SMEs, innovative firms, science and research, and applied science. According to the Finance Ministry, Slovakia is catching up with more developed economies in terms of financing for small and mid-sized enterprises, but demand for such financial products still exceeds the supply.

"The main reasons for this are the relatively high level of credit risk, the insufficient capital of SMEs, the small size of the Slovak economy, the unwillingness to bear the risk, and the absence of a developed capital market," reads a Finance Ministry document recently submitted to the cabinet.

Currently, the Finance Ministry is working on the second phase of introducing innovative financial tools, defining the parameters of each tools and a timetable for its introduction.

"Slovakia is significantly ahead of the EU in the use of innovative financial tools," the Finance Ministry added.

Most financial tools should be administered by the Slovak Guarantee and Development Bank (SZRB), which is fully owned by the Finance Ministry.

Although Slovakia may be progressive on financial tools, in terms of the volume of venture capital it needs more support from venture funds.

The director of the National Agency for the Development of Small and Medium Enterprises (NADSME), Bystrík Berthoty, told the Hospodárske noviny daily that, although venture capital financing in Slovakia is developing, investments into venture development funds are still low compared to other countries.

In 2004, venture funds invested approximately €29 billion in Europe, according to the European Venture Capital Association. About €500 million went to Central and Eastern Europe, but only €4.5 million to Slovakia.

"Investment activity is clearly higher in neighbouring countries, mainly in the Czech Republic, Poland, Hungary and even Romania," Berthoty said.

In terms of the ratio of venture capital investments to GDP, Slovakia is almost last in Europe. While in Great Britain the ratio is 0.7 percent, in Slovakia it is 0.01 to 0.02 percent.

In Europe, about 70 percent of venture capital is used for company acquisitions, about 20 percent for development projects and only about 10 percent for startups and seed operations.

In Slovakia, about 80 percent is used for company expansions and about 15 percent for startups and seed operations.

In Central and Eastern Europe there are about 80 managerial teams administering several dozen venture capital funds, one third of which are interested in Slovakia, according to the Hospodárske noviny.