BARELY a month goes by without another town or village in Slovakia announcing plans to open a new industrial park. 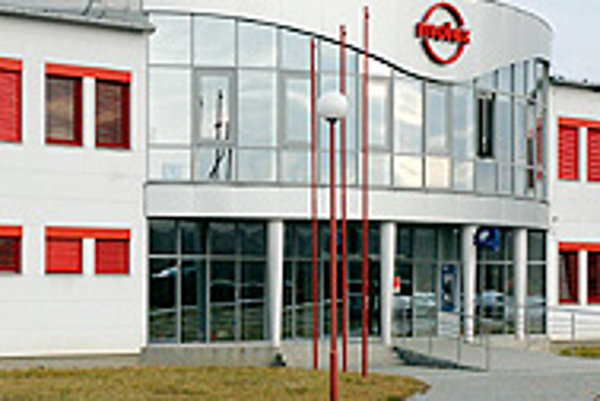 Font size:A-|A+  Comments disabled
BARELY a month goes by without another town or village in Slovakia announcing plans to open a new industrial park.

As industrial parks are favoured by investors as factory locations, given the hassle-free setup and the presence of utilities, the growing number of parks is good news for the Slovak economy. However, not all of the new parks are fully prepared to host new production plants, and investors sometimes complain that the infrastructure and facilities were not completed before they moved in.

The Slovak Investment and Trade Development Agency (SARIO) currently registers about 20 to 30 industrial parks that are capable of housing potential investors within a short period of time.

"Many towns and villages have suitable locations with settled property rights, which is a positive trend. However, infrastructure is often the main problem, as it may not meet the expectations of an investor who wants to be able to start producing as soon as possible," SARIO spokesman Michal Novota told The Slovak Spectator.

Municipalities can ask the Economy Ministry for subsidies from EU structural funds to help improve conditions in industrial parks.

Potential investors expect a guarantee from industrial parks of clear ownership of the land, a stable territorial plan, and complete technical and transport infrastructure. Thanks to the concentration of a large number of production operations at the same location, investors can share the costs of support services. Larger companies can take advantage of the opportunity to set up several subcontractors in the same park using the same infrastructure.

The efforts and investments of towns and villages into building industrial parks are thus usually rewarded with a foreign investor and new jobs. Industrial parks are becoming concentrated generators of economic growth and employment, and the better prepared a park is for an investor, the greater asset it is for the future of the region.

"At that time, the state was not prepared for the arrival of foreign investors from any point of view - legislative, financial or administrative. The village struggled with red tape that killed many progressive ideas, even through job opportunities were concerned. Based on the experience of the Kechnec industrial park, many legislative adjustments enabling the influx of foreign investment to Slovakia were implemented," Kechnec Mayor Jozef Konkoly told The Slovak Spectator.

Konkoly said that the industrial park had significantly lowered unemployment in the village itself and in Košice region. Currently, Kechnec employs 1,500 people, and the number is expected to grow.

The Kechnec industrial park was built as part of an overall development of Kechnec village, including healthcare, social and education facilities. The village now has a fully equipped medical centre, a sports centre, and a 40-apartment housing unit and multifunctional congress room with kitchen facilities.

An integrated European school is in preparation, as are new housing projects.

Konkoly listed several points he considered crucial to the success of industrial parks: "The Slovak cabinet must keep the promises it gives to investors. Education must be improved and brought into line with the needs of established companies; there is high unemployment in the region, but the knowledge and skills of potential employees are often not at the required level. I think it is crucial to change the school system to accentuate research and development as well as language skills."

From the beginning of this year few announcements were made concerning new industrial parks.

Construction was launched on an industrial park in Prievidza in western Slovakia. The town office's spokeswoman, Ivona Vojtašová, stated that after a state subsidy of Sk151 million was provided for the first construction phase, workers started removing topsoil and building public utility networks in late March. Ekostav Slovakia will build the park's infrastructure, with works assessed at Sk251.8 million. The industrial park will be built on an area of 51 hectares with the possibility of extending it to 73 hectares. The town plans to host about eight companies in the park with the possibility of employing about 1,500 people in the production sphere.

The town of Senica received Sk213 million from European Union structural funds to build infrastructure for its industrial park in March. The money is earmarked for building access roads and a bypass, and completing public utility networks. The town's government has already invested approximately Sk11 million into construction of the industrial park, purchasing the land and preparing projects. The Arcelor steel company already operates on the site of the future industrial park.

The municipality of Hnúšťa in central Slovakia is preparing a project for an industrial park in cooperation with the municipality of Rimavské Brezovo. "At the moment we are at the stage of pre-project preparation for a new industrial park, which in its final stage should cover 40 hectares in Rimavské Brezovo," Hnúšťa Mayor Michal Bagacka told the SITA news agency. However, the town plans to use only 10-12 hectares in the first stage of construction. Bagacka said that in the past, Hnúšťa planned to use only "brownfield" sites i.e. existing production premises of such firms as T-Gum Hnúšťa and the former Slovenské lúčebné závody in cooperation with foreign investors.