ONE would think that the fashion firm Lifeline, which sits in Rakovec nad Ondavou, a tiny village in the very north of Slovakia, would be better known at home than abroad, but the opposite has proven true. 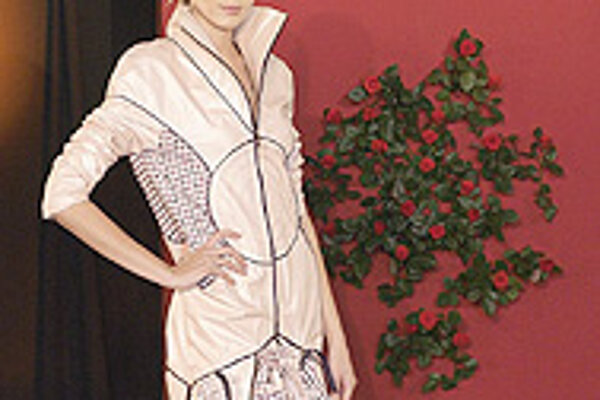 Font size:A-|A+  Comments disabled
ONE would think that the fashion firm Lifeline, which sits in Rakovec nad Ondavou, a tiny village in the very north of Slovakia, would be better known at home than abroad, but the opposite has proven true.

The same goes for young Slovak fashion designers, who have been gaining a reputation abroad, but have problems getting noticed in their own country.

This can lead to only one conclusion - Slovakia lacks a professional fashion scene, though the potential is there.

Lifeline has decided to change that. Building on its own experience, the firm recently introduced the Lifeline Fashion Talent 2006. The contest will give some lucky winner the chance to create their own collection for the firm's spring/summer 2007 season, an experience of the real businees life.

Ten finalists will be chosen to present their collections at a November fashion show, from which a jury will select the winner. The contest is meant to give young designers a push at the start of their careers and improve their chances of becoming commer-cially successful.

Ľudmila Bolešová, Lifeline's chief designer, has been with the firm for almost five years and has closely monitored the country's fashion market.

"The idea for the contest originated a couple of years ago," she admitted.

Slovakia has no Fashion Week (as in the Czech Republic) or other prestigious competitions that offer hands-on experience to new and well-established designers. Several student competitions and shows take place in Bratislava and Trenčín, but they are insufficient to help the business flourish.

"Countries elsewhere realize the power of the fashion industry, but not here," said Andrej Taraba, director of Exit Model Management and a member of the contest's jury. "There are talented designers here, but nobody knows them because they have no place to show their ideas."

According to Júlia Sabová, head of the Textile Department of the Academy of Fine Arts and Design in Bratislava, students meet with good results at almost all foreign competitions, but leave nonetheless for better jobs abroad.

Last November, Bratislava's family firm Vogel Couture was the first to net some of the exiting potential, presenting inventive designs by students of Bratislava's Academy of Fine Arts and Design in Bratislava.

Vogel's manager, Roman Minárik, told The Slovak Spectator at the time that supporting young talents was beneficial because it, on one hand, brings the students closer to business requests and, on the other, helps the company to keep an eye on the promising talents.

Sabová said she is glad that such ideas have entered Slovak market because "it's not easy for a school to communicate with a broken industry".