BRATISLAVA Castle hosts an exhibition mapping the history and development of calvaries and stations of the cross in Slovakia. The display, though not big in size, is extensive in significance. 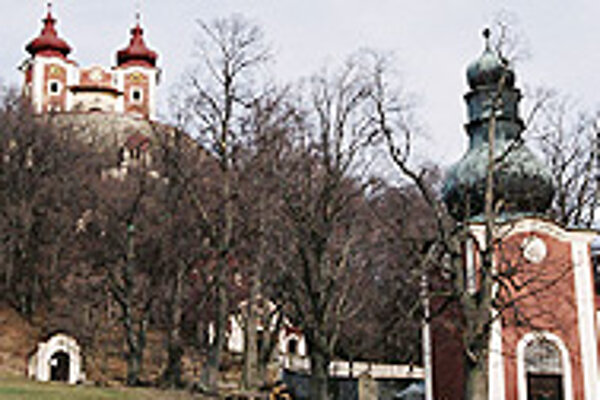 Font size:A-|A+  Comments disabled
BRATISLAVA Castle hosts an exhibition mapping the history and development of calvaries and stations of the cross in Slovakia. The display, though not big in size, is extensive in significance.

The exhibition is a result of a cooperation between the Monuments Board and the Historical Museum of the Slovak National Museum at Bratislava Castle. The board documented the history, development, preser-vation and current condition of calvaries and stations of the cross in Slovakia through panels in English, German and Slovak and the Historical Museum contributed with exhibits from its collections.

More than 60 works of art dating back to between the 16th and first half of the 20th century and originating from churches, convents and private collections are displayed, including folk wood carvings and works by prominent Baroque sculptor George Rafael Donner.

The construction of calvaries and stations of the cross has its roots in the late Middle Ages, when Christian pilgrims returning to Europe from the Holy Land wanted to share their worship of the Passion of Christ.

The first calvaries were erected in Germany and the Netherlands in the 15th century. The history of calvaries in Central Europe dates back to the 17th century and is linked with the development of Baroque piousness, which resulted from efforts to convert the region back to Catholicism.

The first calvary in what is now Slovakia was built in Trnava, which was the residence of the Archbishop of Estergom. From there, this phenomenon spread across the country, following the model of the Calvary with Seven Stations in Hernals, close to Vienna, which was built in 1639.

The Baroque Calvary in Banská Štiavnica, a town inscribed on the UNESCO Cultural Heritage List, is considered to be the most significant in Slovakia. It was built between 1744-1751 on the Ostrý Vrch hill, making it the dominant feature of the town. The calvary is also enriched by many works of art, which support the narrative character of the scenes, enhance the emotional impact of the whole and create an extraordinarly rich iconographic programme. It became an inspiration for the further construction of calvaries in central Slovakia.

The mostly hilly terrain of Slovakia enabled or directly offered the possibility to construct the first stations of calvary complexes at the bottom of a hill and leading up to the main calvary chapel on top. Thus, these complexes were made to highlight the spiritual energy of their location with their positions in the countryside.

The basic scheme of a calvary with seven stations mapping the Passion's events later became outdated and was replaced by the way of the cross, which has 14 stations depicting the last few hours of Jesus' life. Moreover, societal changes and the reforms of Joseph II in the 1780s caused many calvaries to falter and disappear.

The Communist regime also never provided a helping hand to calvaries and the stations of the cross. Its fall revived interest in these places, which apart from having religious significance, are invaluable from an artistic and historical viewpoint.