IN ONE of its first major decisions since being founded last year, the Special Court for organized crime handed down lengthy jail terms on May 3 to several men who murdered their partners in crime and dissolved their bodies in acid. 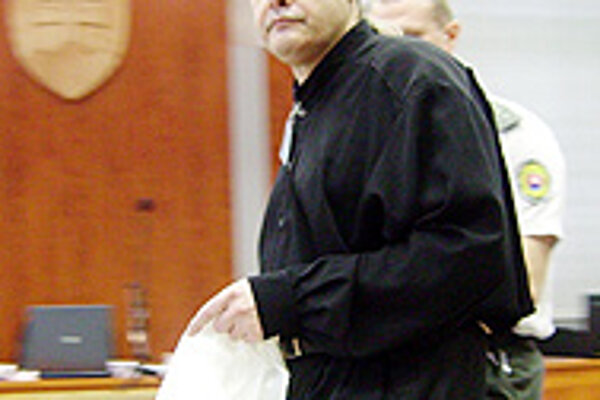 Font size:A-|A+  Comments disabled
IN ONE of its first major decisions since being founded last year, the Special Court for organized crime handed down lengthy jail terms on May 3 to several men who murdered their partners in crime and dissolved their bodies in acid.

The trial of the kyselinári, or acid gang, had been seen as an important test of the court's resolve and efficiency, as the case was largely based on the evidence of one of the culprits, and police were unable to produce any bodies, given the means of their disposal.

"The court sentenced the perpetrators despite the fact that the bodies of the victims were never found," he said in an interview with The Slovak Spectator the day after the court verdict.

"This makes the decision unusual not just in Slovakia, but also in a global context."

Jozef K received a life sentence, while Rastislav Š got 25 years in jail for committing two murders. Dusan P, who committed one murder, was sentenced to 14 years. However, the sentence is not yet valid because the accused immediately appealed.

"The court did not believe the statements of the accused," said justice Ján Hrubala, the head of the court panel that adjudicated the case.

The unusually brutal way the gang disposed of the bodies of their victims attracted intense press attention. The corpses were dismembered and then dissolved in acid before being poured into a cesspool near a warehouse in the western Slovak town of Modra. In addition to four known victims, other people are still missing.

The story of the acid-gang started back in 2000 when František Miker, along with 13 other people, established a network of 50 firms in Slovakia, Ukraine, Croatia and the Czech Republic, for trading in worthless software.

The software was in fact a useless collection of laws from the 1990s, freely accessible on the Internet. After exporting the software, the group filed a claim for a VAT return.

The Tax Bureau reported the frauds to police, who uncovered the murders in the course of their fraud investigation.

"It began to be suspicious that every month a tax office was paying out tens of millions of crowns in VAT returns," said Tax Bureau spokesman Robert Merva.

In all, 30 men were charged with defrauding the state out of a total Sk122 million (€3.6 million) through VAT returns. Proceedings on the tax fraud case are to start in the fall.

In 2000, gang members used a hammer to murder Marek Novotný, the legal representative of one of the firms, who had become inconvenient. Gang founder Miker suffered the same fate because his accomplices felt he was not dividing the gains equally.

The bodies of other company representatives, Marián Cibíček and Ladislav Sihelník, also ended up in acid.

The prosecution claimed that the murders were committed by Rastislav Š, Jozef K and Dusan P, while Peter L assisted them. The accused men denied the murder charges and said that Peter L., who turned state's evidence and laid out the group's operation to police in exchange for a lighter sentence, had in fact murdered all the men himself.

The Special Court started operations in a former army barracks in Pezinok, close to Bratislava, on July 1.