Interview with Ľubomír Lorencovič, vice-chairman of the board of directors and director of private and corporate banking of Privatbanka, a.s. 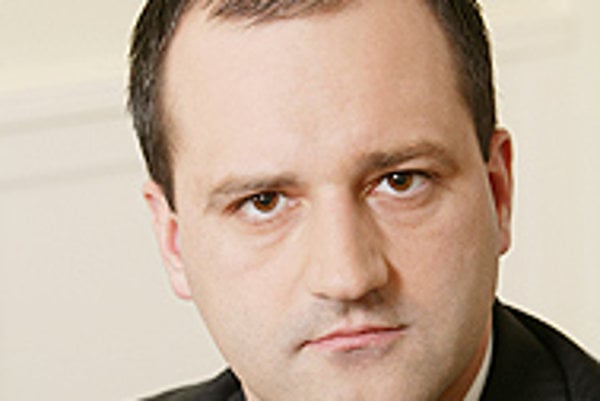 Font size:A-|A+  Comments disabled
The Slovak Spectator (TSS): What exactly is private banking, and how does it differ from retail banking?

Ľubomir Lorencovič (ĽL):Private banking is oriented towards administering the available resources and assets of private individuals, corporations and institutions. Our advantage over a stock brokerage or other assets administrators is that we also offer a full range of banking services.

We are the only bank specialized in private banking services with a full bank license in Slovakia. With larger retail banks, private banking tends to be more of a supplementary service. So that's the key difference.

At our bank clients tend to get a different kind of service, as private banking is the platform on which they enter the bank. The other typical bank functions such as payment relations, transfers, bank cards and loans are supplementary functions; the client is the centre of our operations, and the other services are made to order. In our approach we stress a highly individual approach, tailor-made solutions, creativity, fair play, and of course confidentiality.

The way it works is that each client gets a private banker who listens to his or her needs and then spends a lot of time thinking about the best way to administer their available assets. Unlike traditional banking, it is a relationship that to a great extent is built on personal trust.

TSS: Privatbanka has been on the market for only about six months under its current name; why did you change the brand name from Banka Slovakia?

ĽL: Banka Slovakia was founded in 1995 in Banská Bystrica at a time when there was some thought that Banská Bystrica would become a banking centre in Slovakia. It was majority owned by the National Property Fund, and it was purely a retail bank in terms of how it acquired its resources; it also offered loans to mid-sized and larger corporations.

In 2003, the Austrian private investment bank Meinl Bank bought a majority stake from the National Property Fund. Meinl Bank is part of the Julius Meinl Group, and was founded in 1923. Currently, it manages more than 2.5 billion euros in assets of institutional and private clients.

Looking at the Slovak market, it was clear that the competition was enormous in retail banking, and that doing battle on that field would require an enormous investment. Meinl Bank has no branches; it is an investment bank focused on corporations and private banking, and it decided to remake the bank in its image, focused on private banking and corporations, including providing loans. The adoption of the new commercial name Privatbanka was a logical consequence of the change in the bank's strategic focus.

TSS: Why was Slovakia interesting for Meinl Bank at the time, especially given the amount of competition and the sheer number of banks on a small market?

ĽL: The overall banking sector in Slovakia is highly developed and competitive, but private banking is perhaps the one segment which is not quite as developed, partially because in the past there were not so many of the type of clients that private banking tends to focus on. The private banking market here is not as developed as it is in the West, although the client base is growing rapidly. So the opportunities here in private banking are greater than they are in retail banking or mutual funds and so on.

TSS: Are your operations affected by the growth in private equity in Slovakia?

ĽL: Maybe in the sense that individuals who have sold their companies in private equity transactions may have come into large funds that they need to administer or manage. A lot of people tend to put their money in real estate, but it is never good to have all of your money in one form of investment, so they tend to look for ways to diversify, and that's where the capital market and private banking come in, as they offer different investment opportunities.

TSS: Are you handicapped at all by the fact that the Slovak capital market basically does not work?

ĽL: It would be ideal if it did work, especially in corporate securities and bonds, but unfortunately these aspects do not function. This is a drawback for people who hold Slovak crowns or want to invest in crowns, because the advantage of crowns is that the currency has a tendency to strengthen against the euro. If the capital market worked properly, they would have more places to put their money.

Among the possibilities on the Slovak market for investing in crowns are more conservative instruments such as bank deposits, where interest rates are about three percent, or state bonds, which because they have a longer maturity and slightly greater volatility offer somewhat higher yields of around four percent. Bank bonds offer yields that are a few basis points higher than that, and then finally you have corporate bonds, which may offer yields of up to five percent. Another instrument is corporate bills of exchange, where yields are somewhat more interesting, from 6 to 7.5 percent; of course, the added risk has to be acceptable for the investor. But that's where the standard market offer ends, and I have to say that the offer is very low.

Of course, we can always offer our clients the possibility to invest abroad in other currencies, and there the offer is far wider, from bonds to securities to structural products. However, the investor has to bear in mind the strengthening of the Slovak crown, which means that the yield from the foreign instrument has to be high enough to cover not only the standard demanded yield but also any differences caused by currency fluctuations. For example, the dollar is weakening against the euro, and the euro against the crown, so if an investor goes into either of those currencies, he has to take into account the impact of the stronger crown.

TSS: Slovakia is still regarded as a relatively poor country, but when you look around in Bratislava at all the expensive cars on the road, it's sometimes difficult to believe that the per capita GDP here is somewhere around 50 percent of the EU average. Does the presence of a private bank on the market with largely Slovak clients also say something about the growing wealth of the country?

ĽL: It's difficult to compare this country with others, but Slovakia too has its wealthier individuals who are looking for places to invest their money and are looking for above-standard services, beyond the regular bank products or mutual funds. The greater the assets they have, the more important it is to look after them properly. Of course, our clientele as a private bank is increasing along with Slovakia's economic growth, the growth in foreign investment and the number of successful companies and individuals. But you're right, you can see with the naked eye that the wealth of individuals and the country as a whole is on the rise.

TSS: As an institution responsible for looking after your clients' assets, you must be particularly sensitive to issues such as political risk. To what extent do you see long-term investment risks in Slovakia?

ĽL: As economists we tend to be looking for economic stability that supports growth and development, and in this sense I believe that Slovakia is on its way, and that the economy is growing in a stable and sustainable manner.

TSS: But that stability can still be shaken by political decisions, such as changing the tax regime or loosening fiscal policy. Only eight years ago this country was regarded as virtually a political basket case with serious macroeconomic imbalances. Have these political risks been eliminated?

ĽL: Of course, gross political interference can shake any economy, but again I say the Slovak economy is moving in a certain direction, and in order to change that substantially, the political interference would have to be significant. If the next government started to make much greater use of deficit financing, for example, it could affect interest rates and the strength of the currency, maybe apply some kind of brake to the economy. Those kinds of risks exist, but from our point of view that's about the extent of it.

TSS: In investing your clients' assets, do you have any impact on regional growth in Slovakia, or the growth of added-value and more sophisticated production?

ĽL: We tend to be more on the other side of the equation, profiting from a general increase in economic growth and the rise of a more affluent clientele, but certainly, these available resources are then redistributed and reinvested, and can be used to support various investment projects. Normally this money would be invested on the capital market, but given that this market does not work in Slovakia, one does have to look around harder for investment opportunities. Often we find that we have to look abroad.

With that in mind, we continue to work hard to increase the range of investment instruments we can offer, including alternative investments, real estate and private equity. We also intend in future to provide our clients with legal, tax and real estate advisory services.

TSS: What will the transition to the euro in 2009 mean for private banking and investment?

ĽL: On the one hand it means the loss of one source of earnings for our clients, who until then will be able to earn on currency differences if they pick the right time to get in and out. On the other hand it will mean the elimination of a certain amount of currency risk attached to the Slovak crown. From the point of view of the Slovak economy, of tourism and doing business, it is a positive step, however, as it means the elimination of an added cost and an added process.