Interview with Ladislav Vaškovič, CEO of Export Import Bank of the Slovak Republic 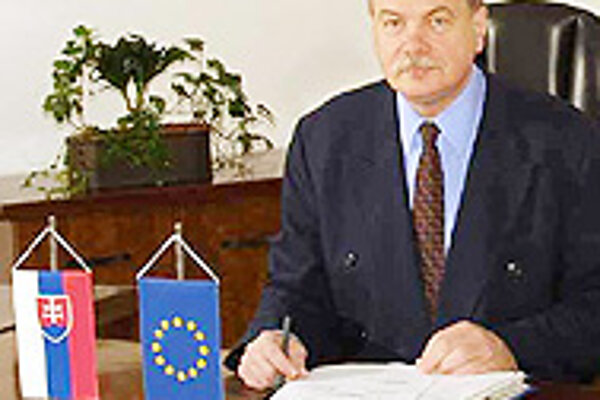 Font size:A-|A+  Comments disabled
The Slovak Spectator (TSS): Eximbank, or Export-Import Bank of the Slovak Republic, is not a concept that everyone is familiar with. Is it a standard part of every country's economy?

Ladislav Vaškovič (LV): Just this past week I attended an OECD meeting in Paris of the Export Credit Group, while one month ago I was at a meeting of the Berne Union, which unites insurers of export loans, and has been in existence for 72 years. There are over 100 such institutions in the world, generally called Export Credit Agencies (ECAs), and they play a fairly important role in supporting exports. In the countries that the Berne member institutions come from, seven percent of foreign trade is supported by these means. In Slovakia the figure is 7-7.5 percent.

There are two ways of supporting exports - either by insuring an export loan, or actually providing credit and other banking services. In Slovakia we do both, while in the Czech Republic it is divided in two, and two different agencies do the work. Around the world these agencies can be private, semi-private, or, like in the UK, a direct part of the Economy Ministry. The US Eximbank is also strongly connected to the government.

TSS: As globalization advances and markets open, is the trend more towards export support, or towards letting market forces sort things out?

LV: The global economy is cyclical. After 1998, mainly after the Russian crisis, there was enormous interest in export insurance and export loans. Today, following a relatively long period in which there have been no major crises (apart from the Latin American crisis, which has basically been smoothed over), the pressure on export agencies to provide aid has fallen.

In such a situation, it is business risk rather than non-business risk that is increasing. Always, when you have a recession or low GDP growth in a country, it starts to affect small companies, and since we deal a lot with small to mid-sized enterprise, we have problems with them. Some years ago, one of the main problems was Germany, due to low economic growth.

Three years ago, commercial banks were very hesitant to offer export loans to Russia, even short-term credit of one year or less. Today, banks will offer credit for three or four years even to clients that have no state guarantees. We are thus losing Russia as a market, because commercial banks are already willing to take on a significant degree of risk associated with trade there. We focus these days more on countries like Ukraine, Kazakhstan, Azerbajzan - places where commercial banks are not willing to go to such an extent.

But demand for export services continues to rise, given that trade itself is always increasing. And the growing maturity of markets does not mean that the role of ECAs is falling. It is interesting that a relatively large volume of trade between Canada and the US is supported by such an institution. The customer for some reason sees a risk there and decides to get insurance.

TSS: With trade barriers continuing to fall around the world, do you see any resistance to ECAs activities as a non-market element or interference with free competition?

LV: Everything goes through phases. In the 1970s the support was so high that one country was trying to beat the next, which is why certain rules were adopted within the OECD, rules that must be followed by all OECD and European Union members. The principle is that producers should compete, not financial services, so for example if we are providing support for exports to Russia, it has to be within certain strictly defined rates.

These services are now regarded as a standard element on the market, and help exporters reduce their element of risk. It's up to the free decision of entrepreneurs as to whether they use these services.

Take the example of a company that manufacturers machinery products like rail wagons. Exports to other countries are often done through tenders, where apart from meeting the technical conditions companies also have to have a guarantee from a bank that they will be able to carry out the transaction, including having 10 percent of the purchase price frozen in the customer is not satisfied with the product. We have the capacity to provide these guarantees abroad, and in many cases I am not sure how such companies would function without us. Commercial banks are only willing to go to some countries.

TSS: Slovak exports grew strongly in 2005; did Eximbanka have a role to play in that, or was it largely a macroeconomic development?

LV: The forecast was for 6.5 percent growth, and it wound up being double that. While the final trade figures for the year are not yet in, our preliminary estimate is that we covered 7.1 percent of that trade, which is a pretty standard figure.

There are two main areas where we help Slovak exporters. One is larger firms, such as US Steel or SES Tlmače, and then small and medium-sized companies, who make up 75 to 80 percent of our clients, but account for 18 to 25 percent of the trade volume. Most of these smaller firms would have had trouble getting support from commercial banks, so I believe we helped, yes.

Our British counterpart is having great success and doing great business in supporting exports of Airbuses; if it supports the export of 10 airplanes, it has a significant effect on its business. We, on the other hand, have not managed to do the same with Volkswagen, for example. VW is a multinational manufacturer with headquarters in Germany, and does all financial services through Germany. So Slovakia only makes these products, and when they are exported to risky countries, the risk is insured through a German insurer as a trusted provider of these services. That creates problems for us, because VW now has the largest share of Slovak exports, having taken over from US Steel. We help VW's suppliers in their exports, but not the main company itself.

I am afraid the same thing will happen with the PSA Peugeot-Citroen investment, because again, this is a multinational company with headquarters in Paris, and financial services and decisions on what services to use are made there.

TSS: To what extent do you focus on helping regional or hi-tech companies?

LV: Our statutes call for us to support above all the export of sophisticated production. Slovakia has a problem in this, as only 7.6 percent of our exports in 2004 were in the highly sophisticated category, compared to 22 percent in Hungary, 12 percent in the Czech Republic and 4.5 percent in Poland. The EU average of high-added value exports is about 23 percent.

I'm sad to say that a lot of our clients only export raw materials, such as unprocessed wood, some of which gets turned into parquet flooring in Hungary, which is a shame. We deal with a lot of companies that are in the lowest added-value category, and very few that are trying to get into the top category.

In terms of regional development, we don't do anything directly, but a lot of our work indirectly supports companies that are not from Bratislava. The stronger companies that are concentrated in the capital have good access to commercial banks, while the banks in turn are prepared to take on more risk these days than they used to be. That leaves companies in the regions, and while I don't want to offend them, for various reasons they are less attractive to commercial banks, so they come to us as the lender of last resort.

TSS: The government's focus on creating a knowledge-based economy is part of an overall search for a replacement for labour-intensive investments when they move on further eastward, as they are bound to do in the next decade or so. Are they on the right track?

LV: The way I see it, education is today one of Slovakia's weak points. In 1990 and 1991 I was abroad, and when I came home I remember everyone saying that Slovaks had magical hands, that we were clever and educated. Today I have to say that we are not educated in the area that the market needs, for example we don't know foreign languages, and we are not as attractive as a labour force as we once believed. I believe we should start some kind of program where every Slovak should know at least some English. Not in the way we used to study Russian, that we would study it for 10 years and then find out on visiting Russia that we were unable to speak a word.

It's simple - it's really hard to do business if you don't speak other languages, because no one is about to learn Slovak just to do business with us. Business negotiations are completely different when they are direct than when they have to go through a translator. If you don't know languages, you're not going to be successful.

I think our economic and legal education is pretty poor as well. This government has done a lot of things right, but education is not one of them. Schools were founded that were absolutely pointless, and the level of schools in general does not correspond to the needs of today's market. I think the first thing we need to change is the university education system.