ALTHOUGH insiders say that the last year's low interest rates are unlikely to continue this year, they are confident that this year's mild increase in interest rates will not have much of an impact on the continuing strong demand for mortgages in Slovakia. 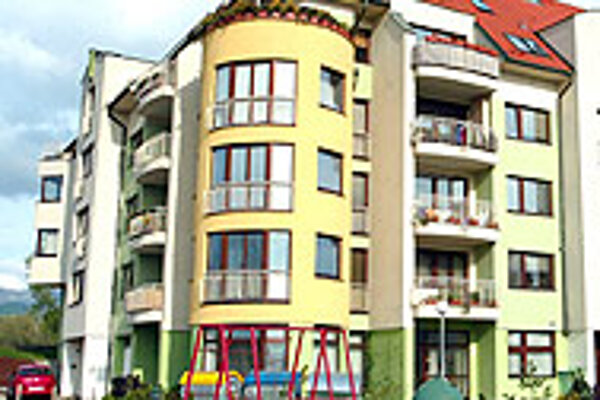 Font size:A-|A+  Comments disabled
ALTHOUGH insiders say that the last year's low interest rates are unlikely to continue this year, they are confident that this year's mild increase in interest rates will not have much of an impact on the continuing strong demand for mortgages in Slovakia.

Mitková speculates that banks that have not increased rates so far might do so soon. However, she emphasizes that the further development of interest rates will depend mainly on the situation in the market.

Increased interest rates negatively affected the demand of only some clients. The reason is that the lowest interest rate is not the only criterion for selecting a mortgage. All aspects are assessed.

"Clients who have been considering taking a mortgage for a longer time might be discouraged by an increase in interest rates," Mitková explained.

In contrast, increased interest rates will not affect the decision of many clients seeking mortgage loans to complete or finish reconstructing an apartment or house. However, they will make an effort to search for the most advantageous interest rates available.

In the case of Hypocentrum's foreign clients, the increased interest rates did not influence their demand for mortgages at all. The favourable situation on the real estate market and in the economy was the engine of their demand.

Mitková added: "In the recent period we have come across a higher demand for an interest rate fixed for a longer period (3, 4 or 5 years). Its level is relatively favourable considering the increase of short-term interest rates, and it ensures a several-year fixation of interest rates."

Additionally, the process of arranging a mortgage was simplified greatly compared with just one year ago. Mitková does not think that special bank offers and products are connected directly with the increased interest rates.

"Novelties in mortgage products and improvements in the process of arranging mortgages come regularly on the market, and it is not only a matter of the period when the rates increased," she explained.

Head of private financing in Slovenská sporiteľňa (SLSP) Gabriel Čechovič confirmed that the bank did not record a drop in demand for financing housing loans. The volume of granted loans from the beginning of 2006 confirms this.

"An interest rate is only one of the factors influencing the sale of loans. Real estate market development, the economic situation of inhabitants-real incomes and property, costs connected to obtaining a loan and its collateral are also important," Čechovič said.

He added that other parameters play an important role as well, such as the possibility to obtain a mortgage covering 100 percent of collateral value, loan maturity, and requirements for documents confirming the purpose of a loan.

Spokeswoman of ČSOB Marta Krejcarová is convinced that despite the growth of interest rates, mortgages will remain a basic and still the most favourable tool for housing financing. She considers the mortgage market a growing segment where the boom is generated also by other factors than price.

"The year 2005 is a nice example of that. The market offered historically the lowest mortgage rates in the first half of 2005 while from July 2005 interest rates have been growing. However, the growth of the mortgage market remained significant until the end of the last year when the market grew by 30 percent. In the case of ČSOB, for example, the market growth represented 400 percent," Krejcarová pointed out.

Similarly, Tatra banka's clients showed increased interest in mortgages as well. Roman Začka, public relations director of the bank, thinks that behind the boom, there might be a rising living standard, significantly better terms for acquiring a mortgage, lower fees and vast additional services.

During the last year and especially at the beginning of this year, banks are competing to list all the simplifications and improvements in the process of arranging a mortgage and in mortgage products themselves.

The SLSP, for example, says that from February this year the bank does not require documents proving the purpose of a mortgage if a mortgage covers up to 70 percent of the collateral property value.

From March this year a client should get detailed information about a mortgage in a more transparent structure. The SLSP joined European agreement on the code about providing information about loans for housing. Before a client signs a contract, he should get all the information concerning type and level of interest rates, mortgage fees, maturity and way of repaying a mortgage and instalments, collateral, additional costs and possibilities of early repayment and information on total costs of a loan.

Tatra banka claims that it significantly speeded up the process of granting a mortgage. A client can arrange it within several days and the money can appear on his account just two days after a mortgage is approved.

A client does not have to submit an expert's appraisal of collateral property for an American mortgage (a mortgage that does not have to be used only for housing but for any purpose) if the collateral is an apartment in Bratislava or Košice. The bank will send its own appraiser who will appraise it within 24 hours of the submission of an application.

From April, Tatra banka clients do not have to submit various bills for documenting the purpose of a mortgage. The bank needs only a final construction approval, photo-documentation of a building and a list of accomplished works with their value.

The ČSOB sees great potential in its mortgage that does not require the documentation of income, which gives a far better chance for the self-employed to obtain a mortgage than before.

The ČSOB also made it possible to include fees for the arrangement of a mortgage into loan instalments and to obtain a mortgage in euros, especially for clients getting salary in this currency.

It means that the most advantageous mortgage does not necessarily have to be a mortgage with the lowest interest rate, although it is an important factor. Thanks to competition on the banking market, mortgages tailored to someone's needs are now available.