SLOVAKS have long been thought of as cautious investors who prefer guaranteed, albeit lower, returns to riskier high yields.
But with traditionally-preferred money market and bond mutual funds underperforming as of late, investors have mustered the courage to start shifting resources. 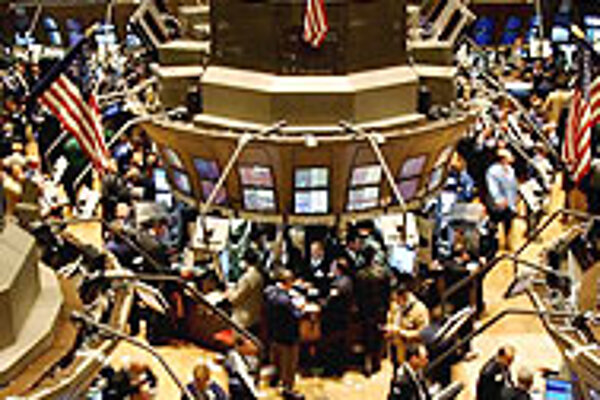 Font size:A-|A+  Comments disabled
SLOVAKS have long been thought of as cautious investors who prefer guaranteed, albeit lower, returns to riskier high yields.

But with traditionally-preferred money market and bond mutual funds underperforming as of late, investors have mustered the courage to start shifting resources.

"Investors have begun moving a portion of the conservative funds, such as money market and bond funds, into riskier ones, such as equity and balanced funds [which have seen above-standard yields]," Rastislav Podhorec, trade and marketing director of KD Investments, told The Slovak Spectator.

"A large part of those investors are focusing on equity funds aimed at emerging markets, such as Central and Eastern Europe, which recently brought even two digit yields," Podhorec said.

"Even an extremely conservative Slovak investor will opt for a more dynamic product if he is offered an interesting investment solution," he said.

According to Marta Krejcarová, the spokeswoman for ČSOB bank, Slovak clients are better informed than ever about mutual funds as a form of evaluation of their financial resources, but are still far from losing their conservatism.

"We can expect greater ivestment into equity funds over the next several years," she said, but added that the majority of clients will still prefer investments into money market and bond funds, and garanteed funds, which guarantee a minimal yield.

Roman Vlček, chairman of the board of directors of Asset Management of Slovenská sporiteľňa, also expects clients to refocus.

"Funds of funds will probably become the most-sold category of funds because asset management companies will be interested in selling mostly products with a higher-added value for the client," Vlček said.

Banks and KD Investments say that, although the increase of investments into mutual funds on the Slovak market in the first months of 2006 was not as large as in 2005, the Slovak collective investment market is still among the fastest growing markets in Central Europe.

It expects Slovakia to maintain this position during the next few years, as well, because banking deposit products still prevail over investments into mutual funds, leaving room for growth.

Last year, the influx of resources into mutual funds surpassed expectations by increasing year-on-year by more than 70 percent, but that will not be repeated this year. It is expected that there could be around Sk135 billion (€3.6 billion) in funds in Slovakia by the end of this year.

According to European Fund and Asset Management Association, the volume of assets managed in investment funds year-on-year increased by 67 percent (in euros) in Slovakia, while the average increase in all member countries represented 23 percent, the Hospodárske noviny daily wrote.

When comparing the net value in investment funds per inhabitant, Slovakia was in second position among the V4 countries, with €509 at the end of 2005. Poland, and even the Czech Republic, which has a developed capital market, were both ranked lower. Hungary was in first position, with €700.

The V4 significantly lag behind developed European countries in terms of volume of assets in investments funds per inhabitant in relation to the GDP, but the difference is shrinking.