BRATISLAVA natives remember with nostalgia the famous coffee houses where they met with their friends and where artists shared their stories over a cup of strongly aromatic coffee. Many know of this pre-war coffee life only from the stories of their ancestors, but with the city's business life back in bloom the longing for a good cup of coffee has gained in intensity. 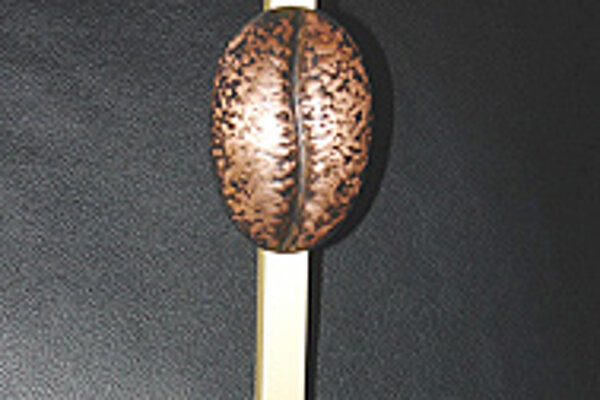 Font size:A-|A+  Comments disabled
BRATISLAVA natives remember with nostalgia the famous coffee houses where they met with their friends and where artists shared their stories over a cup of strongly aromatic coffee. Many know of this pre-war coffee life only from the stories of their ancestors, but with the city's business life back in bloom the longing for a good cup of coffee has gained in intensity.

"Bratislavans are gourmets and they learn fast. When they pay €1.5 for a coffee, almost what coffee costs in neighbouring Vienna, they want it made with dark roasted coffee beans, quality sugar, and a bit of fine dark chocolate and a sip of spring water going with it. They also want good porcelain and nice service. And for that, they are willing to pay well," said Bratislava native Denisa Priadková.

She is also an organiser of the contest for the Coffee House of the Town, just entering its second year. The competition attempts to assess the cafés' advancement in restoring the town's pre-war café life, which the Communist regime halted for half a century.

The contest gives Bratislava natives as well as foreigners the chance to vote on their favourite café from 16 houses nominated by journalists and coffee fans between April 24 and May 22. The organisers say that each of the competing cafés is special in some way, as they placed on top of almost 1,200 businesses in the town.

"Similar competitions also run in surrounding European towns, let alone the 'coffee Meccas', Vienna and Budapest," Priadková said. "Often it's not the large space and attractive design but the long-term tradition of fresh grinding and preparation of a really rich cup of coffee that win."

The first cafés appeared in town in the first half of the 18th century, and started to compete for customers with the popular beer-houses and wine taverns. By the end of the 19th century, one could smell the coffee aroma from 17 coffee houses, and several years later the number grew to 27, which was comparable with the coffee culture in other capitals in the region.

Coffee houses, the centre of social life, were mainly built around the promenade zone of the city's historical core; today's Hviezdoslavovo square. The busiest ones could be found at the place where the Carlton Hotel, erected in the 1920s, stands.

Last year, Point Lavazza Espresso in the Petržalka's Aupark shopping mall won the contest, followed by Schokocafe Maximilian Delicatesso in the Old Town, whose main appeal is that it is a non-smoking cafe. The third was Caffe Divan at Panská.

The novelty of this year's contest is the chance of the café customers to praise what they best like about the particular place - good coffee, a large selection of coffees, environment or quality service.

Among the 16 nominees this year are Kaffee Mayer on the Main Square that continues in the tradition of the famed supplier to the emperor's court, Julius Mayer, as well as the recently-opened Next Apache on Panenská street.

A combination of café and English-language bookstore, Next Apache got its title from the Slovak "nech sa páči" ("here you are"). While pondering the books one would like to buy, a customer can sip the Arabian or Brazilian coffee the café offers.

"Apart from naturally advertising the selected cafés, it brings attention to the coffee theme in general," he says, adding that cups of coffee in the selected cafés might be more expensive but are also of better quality.

"People care for a quality product and better services."

Nominees for the Coffee House of the Town

Honoré de Balzac, who lived in the 19th century, claimed that coffee stimulated creative thinking. Twenty-seven coffee houses in 27 European countries will try to live up to this idea on the Day of Europe, May 9, when their writers will deliver essays on the theme "Europe Seduces" in regional cafés. Slovakia joins the Café d'Europe project through Bratislava's Café Roland and writer L'ubomír Dobrovoda. The all-Europe cultural event is organised by the Institute of Regions of Europe under the Austrian presidency of the European Union.