British dark comedy back on the big screen

EVERYONE finds Benny Hill, Absolutely Fabulous, or The Full Monty hilarious, right? Britain has undoubtedly given the world some of the best comedies over the years, from the eccentric antics of Monty Python to the macabre humour of The Ladykillers. 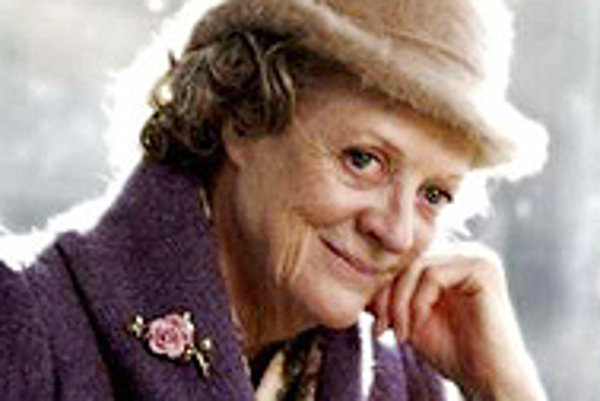 EVERYONE finds Benny Hill, Absolutely Fabulous, or The Full Monty hilarious, right? Britain has undoubtedly given the world some of the best comedies over the years, from the eccentric antics of Monty Python to the macabre humour of The Ladykillers.

Rowan Atkinson contributed greatly to that tradition as Mr Bean, the mumbling screw-up who entertained television audiences with his classic brand of visual humour. But he took on a role of a different sort in Keeping Mum, the new dark comedy by director/writer Niall Johnson and co-writer Richard Russo.

Atkinson plays Walter Goodfellow, a vicar in a tiny English parish, whose head is too far in the clouds to see the problems challenging the stability of his family. His wife, Gloria (Kristin Scott Thomas), is having an affair with her golf coach, Lance (Patrick Swayze), his daughter lands a stranger boyfriend each week and his young son is being bullied at school. Even Mrs Parker (Liz Smith), the neighbour who constantly pesters Walter about the "urgent matters" facing the church flower committee, is clearly starting to feel ignored.

The situation worsens when Walter is charged with writing a speech for an important convention. Preoccupied with making progress on more than just the title - God's Mysterious Ways - he plods around the house and church, unaware that his marriage is slipping away.

Then Grace Hawkins (Maggie Smith) arrives. Far from the harmless housekeeper she appears to be, Grace actually has a grisly past that includes the murder and dismemberment of her ex-husband and his lover. That was long ago, though, and, despite some minor setbacks, such as killing a neighbourhood dog for barking too much, silencing the dog's elderly owner for inspecting too well, and bludgeoning Lance for cheating with Gloria, she seems over it.

Rowan Atkinson gave himself a real challenge in this role, which was much more low-key and could even qualify as something of a romantic lead. He pulled it off well, as he's naturally sympathetic and gentle. Kirstin Scott Thomas was convincingly uptight and high-strung as the stressed out Gloria. Her straight-faced humour played well off of Maggie Smith's more classic comedic style.

Of course, it was Maggie Smith who stole the show. Though quite a dark character, the audience soon warms up to her as it becomes clear her real goal is to keep the Goodfellows together. For a reason I'll leave you to discover, she takes it upon herself, with an elegance that only she can master, to empower each individual member of the family with the path toward personal and familial bliss.

In that sense, God does work in mysterious ways.