COMPLAINTS from foreign investors and human resources experts about labour mobility in Slovakia continue. Most of them believe that people in Slovakia are still not willing enough to change their place of living because of a new job. 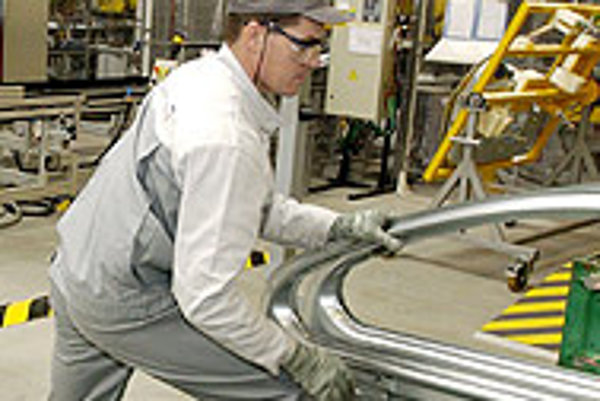 Font size:A-|A+0
COMPLAINTS from foreign investors and human resources experts about labour mobility in Slovakia continue. Most of them believe that people in Slovakia are still not willing enough to change their place of living because of a new job.

Paradoxically, some even say that were there more investors in Slovakia's regions, mobility would not increase because the people would be able to find a job closer to home.

According to some experts, the salary and housing conditions offered to potential employees are still not such that it would be advantageous for people to move to a completely different region with their whole family. Others say that many people just lack the basic willingness to move.

Mariana Turanová, managing consultant of Target Future, emphasized that although jobs involving a weekly commute to work are flourishing for blue-collar workers as well as managers, mobility in the real sense of word, meaning being willing to move to a different city with the whole family in order to get a job, is very low.

"It stems mainly from strong social relationships at home that are hard to leave. Apart from that, there is a shortage of apartments and houses that potential candidates could afford," she said.

Ingrid Grebecová, executive director of Trenkwalder Management Partners, told The Slovak Spectator: "Many people are still weakly motivated to travel for their jobs and especially if the job opportunities are not located directly in their town or district."

She emphasized that although people can find very interesting financial rewards, free accommodation, and contri-butions for transportation, often the people still are not motivated enough to go to work outside their region.

"This is the reason why our company launched a project of recruitment centres in order to attract labour regularly in those regions of Slovakia where unemployment is really high. This project has shown its first successes. We conduct a detailed job interview with the people and explain the advantages of the job opportunities we offer in other regions of Slovakia," Grebecová added.

Patricia Príhodová from HIC Slovakia believes that people in Slovakia still do not understand employment as an adjustment to conditions, innovations, and migration. She says that most view it as long-term security.

"The inevitable costs connected to transferring to a different town and the housing costs are the most important here," she pointed out. However, she added that a foreign investor is looking for an accessible price for labour and that the price is the reason why an investor is moving to a relevant region. Thus, an employer usually wants to employ mainly local people.

Gerard Koolen, managing partner of Lugera&Makler, has a slightly different opinion. He thinks that maybe the mobility of Slovakia's labour force is not as high as companies would like to see but that it is definitely the same if not mildly higher than in Western Europe.

"The reason mobility is not as high as companies would like to see is because of the offered salaries and housing issues. Blue-collar workers from Eastern Slovakia have difficulties moving to central or western Slovakia for gross monthly salaries under Sk15,000 when they are facing housing costs of Sk5,000 to Sk7,000 monthly. In addition, they often still have their family to maintain in their original city. Higher paid professionals are flexible because they get moving allowances and they can easily afford extra rent, especially if you look at professionals earning over Sk50,000 monthly."

Grebecová pointed out that the investments are often coming to regions with high unemployment. Thus, experts expect that people will be less and less willing and prepared to move in order to follow a job because they will be able to find employment in the vicinity of their home.

"Perhaps, this phenomenon will be solved in the future by labour mobility from labour markets of other countries with high unemployment, which is happening even now," she said.

Indeed, the current trend is that HR agencies are having difficulties filling production vacancies, Koolen reminded. For example, in the construction sector, workers from Ukraine already have worked in Slovakia for many years because these workers have smaller salaries than their Slovak colleagues do.

As Slovaks travel for better earnings to England, Ireland, and Austria, the workers from countries such as Romania, Bulgaria, and Ukraine will travel to Slovakia. "It is not anything dramatic and unexpected. Even now, carmakers are facing a shortage of some professions," Turanová added.

All the HR experts agree that employing workers from countries such as Romania, Bulgaria, and Ukraine will probably grow. However, the administrative barriers are still too complicated to make it a massive trend. As long as those countries are not EU members, obtaining working permits is quite difficult and restricted.

HR experts also emphasise another mobility trend in Slovakia's labour market, although it is far from massive. Some people who had to leave their home because of work and go to Slovakia's capital or abroad currently are more interested in job opportunities in their hometowns.

"Many people originally from Eastern Slovakia took interesting jobs in Bratislava and its surroundings. They did so mainly because eastern Slovakia's labour market did not offer enough quality jobs. Now that many foreign investors have selected central and eastern Slovakia, enough great jobs are accessible and people tend to return to their roots again, especially when great job opportunities are available."

"In Košice and its surroundings, presently plenty of great jobs at the same salary levels as in Bratislava exist. Many people are taking this opportunity to return to their hometowns. Indeed, also many Slovaks working abroad are returning home. Many of them, due to their working experiences abroad, form a great asset for foreign companies as these people unite the West and the East," Koolen said.

According to Turanová, some decide to come back, for example, from Vienna or Prague, to interesting jobs even if the positions in Slovakia are not that well paid. The incentive is that they are still lucrative with the social background of family and friends providing a bonus.

"Slovakia's labour market now offers more and more highly interesting job opportunities for the people who were working abroad for a longer time. At the same time, when people have ambitions to go back, they do not have to rely only upon job opportunities offered in the Bratislava region. They can select from among job offers that are closer to their native place or town where they want to settle," Grebecová added.