FOR one week each year, Bratislava becomes the focus of the best and newest in local and foreign contemporary dance. Acclaimed dancers arrive with their latest performances, ideas are shared at workshops and spontaneous creative projects supplement the programme, part of which also runs in October. 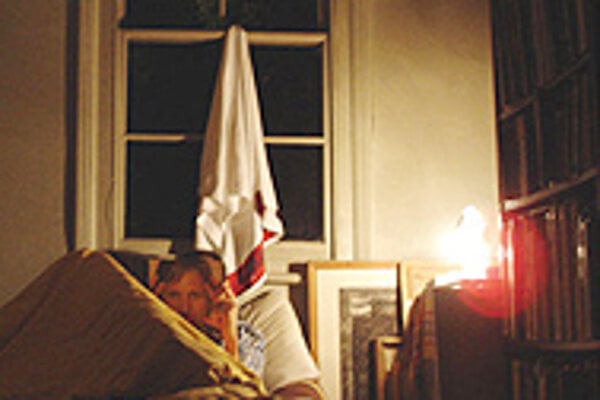 Font size:A-|A+0
FOR one week each year, Bratislava becomes the focus of the best and newest in local and foreign contemporary dance. Acclaimed dancers arrive with their latest performances, ideas are shared at workshops and spontaneous creative projects supplement the programme, part of which also runs in October.

This May, the international festival of contemporary dance, Bratislava in Movement, enters its 10th year. Between May 19 and 28, nine international ensembles will be profiled at the Aréna theatre on the right side of Danube.

The Slovak Spectator asked the festival's director, Miroslava Kovářová, what viewers should expect in the coming days.

The Slovak Spectator (TSS): How will the festival's 10th year be special?

Miroslava Kovářová (MK): As for every cultural event, the 10th anniversary is the most special in that we've come this far. The festival originated as the idea and activity of a few enthusiasts who wanted to promote contemporary dance in Slovakia. A 10th anniversary proves they've succeeded and that the genre has found its fans among experts, as well as the broader public.

To all those who look forward to seven solid days of contemporary dance, I can promise they will see a lot of quality and mainly physical dance, and several interesting dialogues of live music and movement, and they will have the opportunity to compare and find out how contemporary dance in Slovakia has advanced.

We will celebrate the anniversary by looking back at history. In October, the festival will commemorate Rudolf Laban (1879-1958), the Bratislava native, reformer, and greatest dance movement theorist of the 20th century. This versatile artist, the author of movement analysis and dance writing, has significantly aided the origin of German expressive dance. Dance therapy drawn from his thoughts and his movement analysis is being taught at universities around the world. Bratislava in Movement is also preparing an artistic-educational project, Laban for the 21st Century, which will take place from October 3 to 13, as a second part of the festival. It will consist of conferences, seminars, and performances, and the legend of German expressive dance, Suzanne Linke, will be there. In cooperation with the Theatre Institute, we also plan to unveil a memorial plaque to Rudolf Laban in his birthplace.

TSS: Thomas Hauert and his company ZOO, from Belgium, performed at the festival last year and are returning to Slovakia. Why did they win your heart and what will we see this year?

MK: Thomas Hauert has been one of the most significant personalities of the European contemporary dance scene over the last few years. It is the power of the idea and the means of expression that help him succeed. He is inventive, and, at the same time, he draws from the talent of people he works with.

The performance Walking Oscar is based on texts by Oscar van den Boogard, one of today's most talented young authors, and connects movement with text and live music. This interdisciplinary project, characterising the contemporary dance of today, along with verified quality, was one of the reasons I decided to include the performance at the festival. The performance premiered May 7 at the prestigious Brussels' scene in Kaaitheater and our viewers will have a unique chance to see it at the start of its European tour.

TSS: What other performances can visitors look forward to?

MK: The Lionel Hoche ensemble will represent the traditionally high level of French contemporary dance. This artist has had a great career as a dancer, cooperating with such stars as Jiří Kylián, William Forsythe, Nacho Duato, Ohad Naharin and Hans van Mannen. He started choreographing in 1990 and has created over 50 pieces for dance companies in Europe and America. In Bratislava, we will see his solo Plexus and sextet Volubilis, which combines baroque dance, with a modern vocabulary.

The festival's overseas artists also promise some exceptional experiences. Jeremy Nelson from the USA is a fast and physical dancer, who examines the fragility and gentleness of male physicality while also looking at its dynamics and power. Dominique Porte from Canada will introduce a dialogue of live music and movement. Her performance deals with respecting others and their intimacy, and space. It is a fast changeable dance of two dancers, here and there full of emotions, coexisting on the stage with electronic and acoustic music played by two musicians.

A young generation of choreographers will also get a chance for confrontation. One evening will see Giannalberto de Filippis and Michal Mualem from Italy, a Slovak-Spanish project by Anton Lachký and Eulalia Ayguade Farro, and the premiere of the [Slovak] Debris company.

The Banská Bystrica Dance Studio will represent Slovakia and the PR-evolution led by the talented choreographer Attila Kun will introduce Hungary. Dancers and musicians performing in the streets of Bratislava's Old Town will enrich the May part of the festival.

TSS: What do you see when you look back at the festival's past?

MK: The festival sprang from enthusiasm and has remained defined by that. Without the work of volunteers and help of friends, it would be hard to imagine its continuation. Most remarkable is that the event found a place in a competition of festivals of other artistic genres and is the only of its kind in Slovakia.

Over the past nine years, the festival has seen 120 artists and companies from America, Canada and 15 European countries, including Slovakia. Twenty-eight educators have lectured at the festival. The festival initiated four interdisciplinary projects with international participation that enabled our artists to have a direct dialogue with their foreign colleagues. The Bratislava in Movement Association offers an information database and has a unique archive of dance performances that's available at the Theatre Institute's library.

We can say the years have been full of hard but creative work that has brought visible results to the benefit of the professional development of contemporary dance in Slovakia.

TSS: What does the festival mean to the Slovak scene?

MK: It's first of all a feast of the arts, a chance to meet and communicate for artists and for audiences. These meetings always have an exceptional atmosphere and are a kind of extra bonus of cultural events. The energy they generate then lives on in the work of artists and organisers, helping them to progress.