RESEARCH conducted last month on frescoes at the St George Church in Kostoľany pod Tríbečom, in the Zlaté Moravce region, has concluded that the building is much older than originally thought. 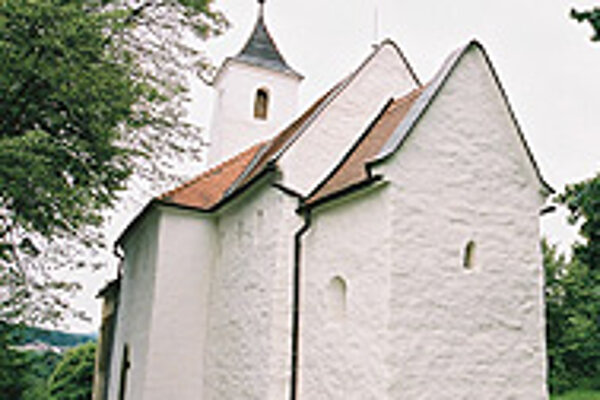 Font size:A-|A+  Comments disabled
RESEARCH conducted last month on frescoes at the St George Church in Kostoľany pod Tríbečom, in the Zlaté Moravce region, has concluded that the building is much older than originally thought.

Based on studies performed in the 1960s, the frescoes were thought to be from the 11th century, but a Czech-Slovak team recently proved the church's sanctuary dates back to the 2nd century, around the period of the Roman-Quad wars and the reign of Marcus Aurelius.

Archaeologists are saying St George's first construction phase is similar to that of St Margaret's Church in Kopčany, which, in 2004, was declared to have come from the Great Moravian period, which means it was built not later than the 9th century.

Regarding the preserved frescos at St George, Hók claims that "there is no other original building in Central Europe with frescoes preserved from those times".

The archaeological team has been working in the locality since December 2005. Research of the frescoes is part of the programme. The recent discovery of a coin with Stephen I and a bronze cross from a church from the period between the 10th and 11th centuries prove the church certainly stood there before the 11th century.

"All the information so far shows that it is a pre-Roman building with unique frescoes. We have indications that this church has a relationship to the Great Moravian monastery of the Benedictines on Zobor Hill," said archaeologist Peter Baxa.

The frescoes were discovered in the 1960s. "Citizens of the village collected money for reconstruction of the dilapidated church. When removing the old plaster they suddenly found the frescoes underneath," said the village mayor.

Altogether, with arrangement of the surroundings, the costs for reconstruction of the church are calculated to exceed Sk20 million (€540,000).

If results of other examinations confirm the current assumptions, it will be an archaeological sensation. This will mean that churches in Kopčany and Kostoľany pod Tríbečom are the oldest existing Christian churches in Central Europe.