Was it really only for Hungarians?

BÉLA Bugár has kept the Hungarian Coalition Party (SMK) on a steady course since its emergence eight years ago as a farrago of liberals, conservatives, socialists and Christian Democrats united by their Hungarian ethnicity. 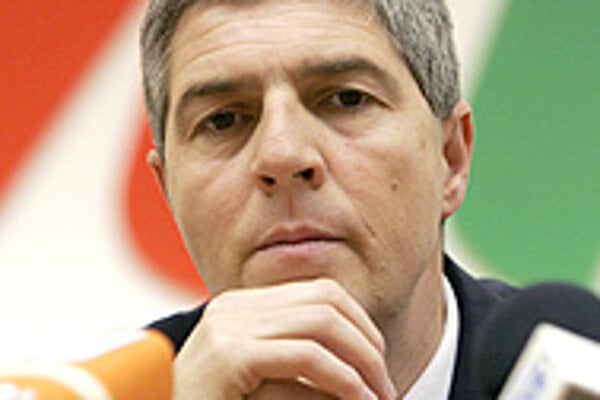 Font size:A-|A+  Comments disabled
BÉLA Bugár has kept the Hungarian Coalition Party (SMK) on a steady course since its emergence eight years ago as a farrago of liberals, conservatives, socialists and Christian Democrats united by their Hungarian ethnicity.

The party's voters are loyal, backing the SMK - a merger of the Hungarian Christian-Democratic Movement, the Hungarian Civil Initiative, and the Coexistence party - with an iron discipline that has secured it a stable 9-10 percent in elections since 1998.

None of Slovakia's other ethnic communities has managed to produce such significant political representation, which has kept the country's nationalist forces, such as the Slovak National Party (SNS), on their toes.

However, Bugár insists his party is fueled by much more than a solely ethnic agenda, and that its participation in two governments since 1998, when it outscored the SNS in parliamentary elections with 9 percent of the vote, has benefited more than just the Hungarian minority.

The Slovak Spectator (TSS): Some accuse your party of marginalising Hungarians by pushing a narrow national minority agenda that addresses voters on the basis of their ethnicity. What is your response?

Béla Bugár (BB): That criticism is unjustified. People who make such claims see no further than the ends of their noses. A couple of years ago, the SMK's ministers were blamed for Slovakia's being slow in drawing European Union funds. Today, Slovakia is a leader among the Visegrad Four countries in drawing those funds. Did the SMK ministers' hard work in that regard serve only the Hungarian minority?

When we proposed, in association with the reform of the health care system, that everyone who undergoes regular dental checkups receive basic dental care for free, did it benefit only Hungarians? When, within fiscal decentralisation, we resisted a proposal that would have put municipalities with fewer than 2,500 inhabitants at a disadvantage in terms of financing, did we help only Hungarian villages?

TSS: One doesn't often find Hungarians holding top spots on the candidates lists of Slovak political parties. Why not?

BB: Probably every party has some Hungarians on their candidates list, but certainly not in top positions. We [SMK] also have some Slovaks running for the party.

I think that in Slovakia, especially in the northern parts of the country, a party would risk losing votes if it introduced a significant minority agenda and put minority candidates on its list.

TSS: Some sociologists say that parties built on the minority principle are gradually losing their purpose. What is the role of ethnic parties in Europe?

BB: Look, if we were a party built purely on the principle of ethnicity, I would say the sociologists were right. But again I say, the SMK is not purely an ethnic party. Unlike the Slovak National Party, we do not limit party membership to those of a single ethnicity.

I really think this is an opinion shared only by sociologists. By extension, we could say that in united Europe, we no longer need national governments and parliaments because we all have a place. Until the Slovak parties start offering a relevant programme for minorities, there will always be a need for a party that offers one.

TSS: Has anything over the last 8 years alienated SMK voters?

BB: More than any other ruling coalition party, we have managed to preserve most of our voters' support. Still, if we walk through southern Slovakia, we hear very critical voices about the Dzurinda government's reforms.

I think we have neglected the importance of information campaigns and keeping voters well-informed about our operations in government. It's partly our fault, but I would certainly put some blame on the media as well. Journalists turn to us mostly over minority questions, even though we have strong positions on a wide variety of issues.

TSS: Regional differences remain one of Slovakia's most pressing issues, with the underfed east being in sharp contrast to the well-fed west. The SMK has led the Ministry of Regional Development. Are you happy with its performance?

BB: This ministry was one of the most important institutions in drawing EU funds, but it also administers other programmes to balance regional differences. When the ministry reviews requests for funds, it always asks whether the application comes from a region with a dense Roma population or whether the region suffers from high unemployment. These are all concrete criteria.

The ministry has been preparing the distribution of funds in a way that no one can just call someone at the ministry and try to get money through personal links. Sometimes you get blamed for trying to clean the process up, and some municipalities accuse you of being unwilling to help. For example, the ministry administered projects for the reconstruction of schools, health, social and cultural institutions. One of the conditions was that the municipalities had to own the land on which the building to be reconstructed was built. Some did not meet this condition and kept calling us and asking for help. But the ministry refused to intervene, which of course made some municipalities angry.

TSS: The idea of a knowledge-based economy has become a publicity stunt for many political parties prior to the parliamentary elections. Is the SMK's programme education-sensitive?

BB: A focus on education is really nothing new for us. We started calling for a change to the content of the curriculum long ago. The country should stop producing people who have immense knowledge and sometimes function like machines - you insert a dime and get the information. They are unable to use their knowledge in practical life. Only reforming the content of the curriculum can change our current predicament, in which we produce highly educated people who do not have skills that sell on the labour market. Certainly, the university system is hungry for more funds as well.

TSS: Why has the Hungarian minority in Slovakia traditionally been a strong supporter of the EU and NATO membership?

BB: There are several reasons behind the Hungarians' support for integration. Certainly, it is much easier for the Hungarians to maintain contact with Hungary if both countries are EU members. Maybe you recall that before 1989, people were allowed to travel to Hungary only twice a year and later only four times. That's all gone now.

TSS: Compared to other political parties, the SMK appears stable. The media often refer to the situation within the SMK as a balancing act between the more radical wing of Miklós Duray and the moderate wing led by you.

BB: Being a stable party does not mean that people do not hold different opinions. We, however, always try to discuss these differences. Our MPs have many times refused to vote for certain measures. There was intense discussion about the health care reform, for example.

As for the existence of radical and moderate wings, one should not forget that the party was created through the merger of three parties, and that as a result we are destined to seek compromise. We have liberals and Christian Democrats, so you can imagine how tough it was to reach a compromise, for example, over the issue of abortion. Every Christian Democrat believes abortion is murder, but we finally settled for a compromise that a state ban on abortions is not the solution. Instead, we proposed starting sex education at schools and leading people to greater responsibility. This example really shows that we are able to make compromises.

It also happened several times that I disagreed with something the majority approved of and had to push for it within the ruling coalition. For instance, when we discussed the SMK's taking over the agriculture ministry, I said it was both good for the party but a very tough challenge because we would have to prepare the sector for entering the EU. We knew that we would take a lot of criticism for the subsidy system, but finally the majority decided that taking the ministry was worth the risks.

TSS: Ján Slota's Slovak National Party has continuously criticised the SMK as one of the country's greatest political threats. Why do you not react to their statements more often?

BB: Tell me, what programme does the SNS have? They slam whatever is different from them, be it Hungarians, Roma, or homosexuals. Their programme can basically be summed up as: we protect what is ours and do not want anything foreign. But when you look at the arrival of [the Korean carmaker] Kia to Žilina and how Slota erected an English-language billboard stating "Welcome to Źilina", it makes you feel that his statements change based on how the situation evolves. Why should we react to someone who uses vulgarity? It makes no sense to react to things that can provoke an emotional response. We would only be allowing him to profit from additional attention.