SLOVAK authorities have pledged to help find a new investor for the impoverished southeastern Slovak town of Rimavská Sobota to replace the Dräxlmaier company of Germany, which suddenly scrapped a planned investment in the town in early May. 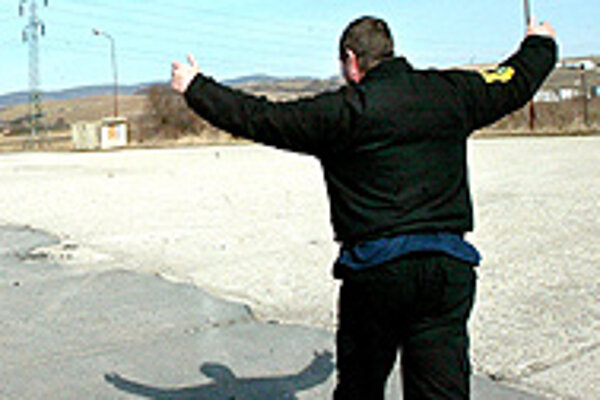 Font size:A-|A+  Comments disabled
SLOVAK authorities have pledged to help find a new investor for the impoverished southeastern Slovak town of Rimavská Sobota to replace the Dräxlmaier company of Germany, which suddenly scrapped a planned investment in the town in early May.

Dräxlmaier, a producer of car components, was to have built a Sk700 million factory and employ 1,200 people in Rimavská Sobota, where unemployment is around 30 percent.

Economy Minister Jirko Malchárek and Milan Juráška, the head of the SARIO Slovak investment agency, assured the town that they would do their best to send one of Slovakia's prospective investors to settle in Rimavská Sobota.

"Our project managers have selected eight investment projects that have not yet decided on a location. We will try to persuade these investors to go to Rimavská Sobota," said SARIO's Juráška at a press conference.

It was not immediately clear what investors the officials had in mind, as talks to secure a replacement for Rimavská Sobota are in the early stages.

"I'm glad that we have moved on from the initial emotional statements in the media to finding a factual and practical solution to the unsuccessful investment project in Rimavská Sobota. The Economy Ministry and the SARIO agency immediately took the initiative and are looking for an acceptable alternative for this high-unemployment region," Economy Minister Jirko Malchárek said in a statement to The Slovak Spectator.

Cifruš argued that the municipality had spent around Sk30 million on preparing the ground for the new investor.

According to the Trend business weekly, the town spent around Sk19 million alone in buying up land for the new plant.

According to Slovak Labour Minister Iveta Radičová, however, the Dräxlmaier investment was not actually such a good deal. She said that initially the investor has set middle management wages at a mere Sk7,500 (€200) a month, or Sk10,000 less than the national average wage in 2005.

Acknowledging the high unemployment rate in the region, Radičová demanded that salaries be at least Sk12,000.

According to the minister, Dräxlmaier even wanted to cut social benefits for workers. "This is proof that the firm was not a serious partner for our country," Radičová said to the TASR news agency.

Rimavská Sobota and Dräxlmaier are now in talks to settle the matter out of court. The town hopes to regain the land it sold to the investor for a symbolic sum.

The town's authorities hope that a new investor will choose Rimavská Sobota soon, but state officials have warned it will not happen overnight.

"The decision-making process of investors is neither easy nor fast. In terms of the existing rules on providing state incentives, the Rimavská Sobota region qualifies for the highest level of support, but we mustn't underestimate the region's underdeveloped infra-structure and the differing needs of individual investors," said SARIO's Juráška.