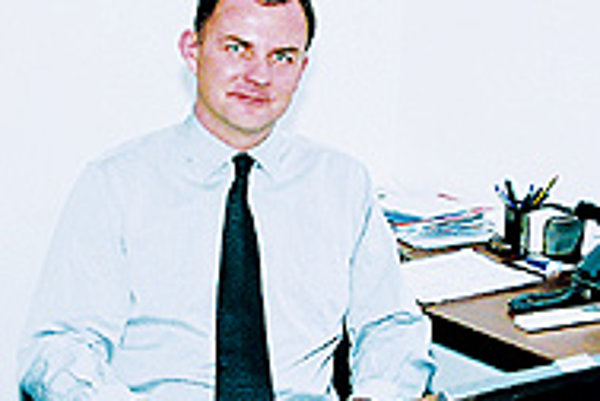 Font size:A-|A+0
The Slovak Spectator (TSS): People have been hearing about the liberalization of the Slovak telecom market from 2001 onwards. Are we nearly there yet?

Stanislav Stowasser (SS): We're about half way. It was supposed to start on January 1, 2003, based on an agreement with the European Union, as the last possible date we could launch it. However, the law in force at the time was absolutely inadequate and did not deal with the aspect of regulation. Nothing could be done, and Slovak Telecom of course used all of the shortcomings of the law to delay liberalization.

A new law took effect on May 1, 2004, and was regarded by the European Union as a good one that dealt with the entire issue. The responsibility passed to the Telecom Bureau to see the law carried out in practice. And that became another problem. It doesn't offend them anymore to say it, and they admit it themselves quite openly, but the bureau is fairly weak in human resources, especially its legal department. Chairman Milan Luknár himself has said that he simply doesn't have the budget to pay good legal experts.

The result is that just the interconnect between Slovak Telecom and alternative operators took until half way through 2005. Two and a half years after formal liberalization, the first voice service became semi-liberalized. Then carrier selection was launched, which was the first step towards allowing alternative operators to use Slovak Telecom's infrastructure to offer services even though they didn't have access to the last mile. But at the same time we were missing carrier pre-selection, which allows customers to pre-select an operator through whom each call will go.

This latter issue is now addressed in the latest interconnect offer, but the problem is that it is again designed to prevent alternative services from being offered; it means that everyone except Slovak Telecom will have to operate almost at a loss. And so it goes - it will take us several months to get the matter before the Telecom Bureau, which in turn will need another six months to come to a decision, and then again it will wind up in the Supreme Court. That's liberalization in Slovakia - it's always the same thing.

In the midst of all of this we got a reference unbundling offer, which is to unbundled the local loops. I read it, and it's just awful. The price for renting the cable itself from Slovak Telecom is only 20 to 30 percent above the EU average, which is surprisingly low for Slovakia. But it is surrounded by an enormous number of needless fees that have nothing to do with the costs of providing the service. There are also a number of fees that are set in the offer as "to be arranged on the basis of individual agreement". One example is co-location. I know that the individual price for those who have already done co-location because of voice services was Sk5 million for be allowed to place such equipment in space owned by Slovak Telecom. In order for an operator to use unbundling to cover the largest cities with 40 stations, this would mean Sk200 million just for being permitted to use ST's premises.

But that's the strategy that is being applied at each step towards alternative operators. Yes, we do have interconnect, and interconnect prices have fallen as of May, meaning that they are starting to resemble something like a liberalized environment. But with all other services it's a case of barriers, barriers and more barriers.

TSS: Where is the problem? Is it that the state still has a 49-percent stake in Slovak Telecom, or that it made certain promises to Deutsche Telekom when DT privatized ST in 2000?

SS: We can't say for sure that it is due to the privatization contract, because that was never made public, but we can make educated guesses. I suspect the state promised to aid Deutsche Telekom in maintaining profitability at ST, and certainly not to put any barriers in its way. The result of this, unfortunately, is that Slovakia is absolutely last in the European Union in terms of liberalization, which is a shame for this country.

But Slovak Telecom has itself followed a very sensible strategy of attacking alternative operators by reducing prices for voice services and bringing out Voice Over IP - I think we are the only country in Europe where the incumbent is the leader in launching VoIP. Everywhere else it was alternative operators, and these had to be forced to do it, and still haven't in some countries. Slovak Telecom has this strategy that in the future it will make all of its money by providing access, and that other services will be more or less free.

TSS: If the government is serious about building a knowledge-based economy in Slovakia, wouldn't ensuring competition in the ICT sphere be the first place to start?

SS: It might, but elections are coming up, which means that it will be a while before telecom reappears on the radar screen of politicians. For six months it hasn't interested anyone, and for the next six months they will be busy building coalitions, and again no one will pay any attention to the issue.

Out of all of the countries in the region, alternative operators in Slovakia have by far the smallest market share. In the Czech Republic, for example, Cesky Telekom has around CZK60 billion in revenues, while GTS has about CZK6 billion in turnover; in Slovakia, Slovak Telecom has about Sk30 billion, and the largest alternative operator has Sk650 million. This is the result of the failure of liberalize - the absence of competition.

Prices for voice services and Internet have been coming down, because Slovak Telecom has been attacking alternative operators over the last three years very actively, so people don't feel this lack of competition as keenly as they otherwise might. And you never know, maybe one day Slovak Telecom will use some of its profit and buy out all of the alternative operators, and we will be back to a monopoly. I'm sure everyone would be willing to sell, if there is still no room to grow.

In other countries, telecom operators are multinational strategic investments. Here in Slovakia, E-Tel is a financial group, as is Danubia Tel, GT is Russian oil capital, and Slovanet is a Polish financial group. There is not a single strategic investor here except for T-Com or T-Mobile and Orange. One of the possible reasons is that they just can't do business here.

TSS: For how much longer?

SS: That's something I'd like to know. We're getting crazy from it. None of us would have guessed that it could just be left like this for so long after ST was privatized. Until now Deutsche Telekom's record was in Hungary, where they managed to put off liberalization for two years, but we beat that in Slovakia. We all thought the state would simply be forced to do something, as we kept getting reminders from the European Commission, and that things would start to move at the end of 2004. No one imagined that we would find ourselves in mid-2006 having accomplished only the interconnect.

TSS: What does your business consist of now, with so many barriers?

Slovak Telecom is maybe the only operator in the world not to have reduced prices for the digital last mile. Its prices are the same they were five years ago, when they were raised to their highest rate ever. They are simply ignoring the fact that optical networks are selling the same service for a third of the price, and maintaining the same disgustingly high prices.

TSS: Is the Anti-Monopoly Bureau [PMÚ] any more effective that the Telecom Bureau in protecting competition on the telecom market?

SS: The PMÚ has always been highly professional, and the matters it has handled it has done well. The Telecom Bureau, on the other hand, is supported from the Telecom and Transport Ministry budget, which in essence makes it a kind of sister company of Slovak Telecom.

From 1996 to 2002 we had very positive experiences with the PMÚ, because until then the Telecom Bureau didn't have so much authority. But as of 2003 the PMÚ has been passing cases over to the Telecom Bureau, which is supposed to oversee competition in the overall information-communication sector. That's a pity, because the PMÚ's lawyers are highly professional and cannot be influenced. The Czechs envy us our PMÚ, and we envy their Telecom Bureau, which really works and actually regulates the market.

The problem with the Telecom Bureau is not simply that it is under the Telecom Ministry, however, because I think if people behaved normally it could work. The problem is also that the highest organ of appeal is the chairman of the bureau himself; normally it is some committee or other.

Chairman Luknár is not a bad person, and he's between a rock and a hard place, but... how to put this without offending him... he takes an extremely long time to make decisions.

But I wouldn't want to be in his situation. The pressures are enormous, consistent with the amount of money that Slovak Telecom stands to lose in any given contest. The pressure is huge, ugly and psychological. They tried to replace him once, but no one volunteered to take his place. Given that the appeal organ is a single person, that person inevitably takes the brunt of whatever pressure that is brought to bear. That inevitably slows the process down, and I believe it is one of the fundamental problems with liberalization.

TSS: Is the free market able to resolve this situation, or does it need the hand of the state?

SS: It needs an administrative regulation. Everywhere around the world, liberalization, which means restricting the ownership rights of the monopoly operator and forcing them to offer their networks to the competition, has required a legislative foundation. It could be seen as in conflict with the constitution, but without it an information society cannot arise.

TSS: You say you wouldn't want to be in Milan Luknár's position, but if people knew all of the barriers that you face in your business, they probably wouldn't want your job either.

SS: No, it's not that dramatic. Alternative operators are waiting for their chance, waiting for the European legislative framework to finally be adopted here. They are not about to collapse; they just don't have all the room to grow that they need, that they are supposed to have, and that they have in other countries.

But that will come sooner or later. It has to.