The bigger, the better

THE TELECOM market in Slovakia has experienced a series of mergers and acquisitions over the last several years that has altered its structure from a variety of smaller players into a select few larger ones.
This restructuring is the result of greater market liberalisation and an increase in the use of information technology in Slovakia. 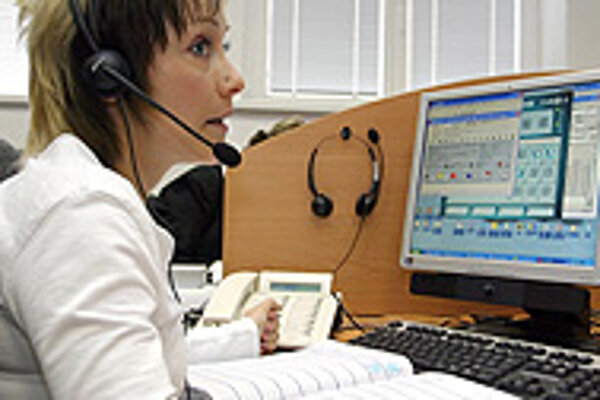 Font size:A-|A+  Comments disabled
THE TELECOM market in Slovakia has experienced a series of mergers and acquisitions over the last several years that has altered its structure from a variety of smaller players into a select few larger ones.

This restructuring is the result of greater market liberalisation and an increase in the use of information technology in Slovakia.

In February, telecom companies GTS Slovakia, Aliatel Slovensko, Quadia DCT, Nextra and Telenor Networks merged to form the GTS Nextra Group, which is now the country's largest alternative telecom operator. Its general director, Branislav Brezovič, has said the group may even be interested in obtaining a license to become the third mobile operator on the Slovak market.

Also this year, alternative operator Slovanet was purchased by the IT company Asseco Slovakia, while Siemens became the 100-percent owner of Business Global Systems, thereby strengthening its position on the Slovak IT and telecom market.

DanubiaTel, which was the largest alternative operator until the GTS Nextra merger, has spent the last two years buying up smaller operators either directly or through its daughter companies - Bentel, GlobalTel, Euroweb and Swan.

Lucia Marková, marketing manager of GTS Nextra, told The Slovak Spectator that the mother company, GTS Central Europe, is developing its existing companies and acquisitions to achieve a strong position on each market where it operates.

"[GTS's] acquisitions connect the strengths of the individual components of which GTS Nextra is created, such as Quadia's optical network, the ability of GTS Slovakia to create solutions for corporate customers, Nextra's strong position on the market of smaller customers, and Telenor Networks' operation of its own FWA wireless networks," Marková said.

Like most alternative providers, GTS Nextra will be focusing on corporate clients, but it will also be providing services to households if its technology can be offered at competitive prices.

The total turnover of the individual companies in the GTS Nextra group amounted to about Sk710 million (€19 million) in 2005 according to Slovak accounting standards. The group is aiming for an aggregate turnover of Sk750 million this year.

Marková pointed out that the difference between incumbent telecom operators, which focus on the mass market, and alternative operators, with their focus on corporate customers, will always be large. At the same time, she indicated possible further growth for the company.

"We are still in a development phase and more acquisitions have not been ruled out. Further growth will also depend on regulations on the telecom market."

The group plans to lay off 5-10 percent of its workforce to eliminate duplicate positions and to invest about Sk120-150 million into Internet Protocol technologies this year.

As for becoming the country's third mobile operator, Brezovič added: "Our interest depends on the price of the license, of course, as well as whether number portability and national roaming will be functional."

In April 2005, the Euroweb International Corp sold its wholly-owned subsidiary, Euroweb Slovakia, to DanubiaTel for $2.7 million (€2.2 million) because of weak market results. It intends to use the cash for future acquisitions on the Hungarian and Romanian markets.

With its acquisition of EuroWeb Slovakia, DanubiaTel strengthened its position among alternative operators by purchasing a company that provided electronic communications services to households and small companies.

In November 2005, alternative telecom provider Slovanet merged with Asseco Slovakia, which supplies IT solutions. In line with the contract, Slovanet controls 49 percent of the company, while Asseco Slovakia acquired a 51-percent stake of Slovanet.

Asseco will not intervene in Slovanet's management or its development, while Slovanet will keep its current trade name and logo. Asseco Slovakia, 55 percent of which is in the hands of Asseco Poland, executes its shareholder rights through seats on statutory and supervisory boards.

Slovanet Executive Director Peter Macaj said that this step enabled Slovanet to develop further. The company plans to offer a wider range of Internet and voice services to households and corporate clients.

Macaj announced that, as a result of this strategic investment, the company expects its turnover to increase to Sk530 million in 2006. The Asseco Group, to which Asseco Slovakia and Asseco Poland belong, aims for a turnover of more than Sk2.9 billion and Sk296 million in after-tax profit in 2006.

Siemens' aim in acquiring Business Global Systems (BGS) was to include BGS into the Siemens Communications division and gain a leading position in info-communication solutions and services.

"The future of communications technologies, whether it is voice or data, lies with the Internet. We needed to strengthen the position of our communications division in this area on the Slovak market," Siemens Director Peter Kollárik said.

With files from SITA