EFFORTS by the European Commission to reduce roaming prices are meeting with stiff resistance from mobile phone operators and industry associations, who say that market forces will achieve naturally what the EC wants to do by bureaucratic intervention. 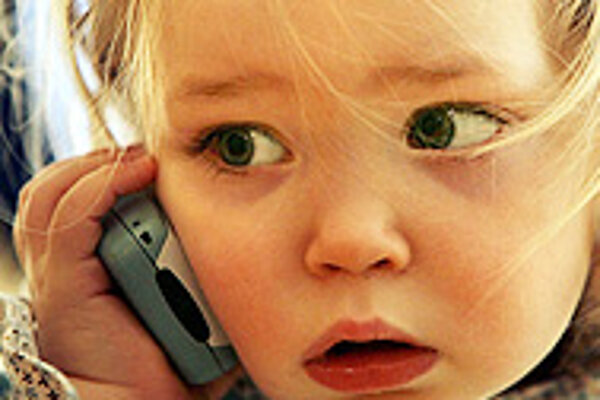 Font size:A-|A+  Comments disabled
EFFORTS by the European Commission to reduce roaming prices are meeting with stiff resistance from mobile phone operators and industry associations, who say that market forces will achieve naturally what the EC wants to do by bureaucratic intervention.

The Commission and the European Parliament are both dissatisfied with the current prices for roaming calls, or those made by travellers through mobile networks in foreign countries, and have said that regulation is needed.

But Slovakia's two incumbent mobile operators, both of which are part of multinational telecom corporations, say that competition is sufficient to keep prices reasonable.

"We don't think that roaming regulation is needed. Mobile markets are highly competitive, and competition among operators is pushing roaming prices down. In the last five years, the prices of calls across Europe have fallen," Orange Slovensko spokesman Peter Tóth told The Slovak Spectator.

Juraj Droba, corporate affairs director for T-Mobile Slovensko, said that his firm welcomed all initiatives towards lower prices, but that "in general prices on the roaming market are tending to fall, and this would be happening even without legislative pressure from the EC".

Prices have been falling due to exchange rate changes and to negotiations between roaming partners on reducing roaming fees. The two Slovak operators say that their prices for roaming cannot be reduced beyond the roaming fees of their partners.

According to the GSM Association, a global trade association representing more than 690 GSM mobile operators, the downward trend in roaming tariffs is likely to accelerate this year as individual mobile operators respond to price cuts by their competitors. The price cuts announced in the past few weeks alone will benefit more than 94 million roamers and will directly affect two-thirds of European roaming calls.

The Association believes that competitive forces should be left to determine how much people pay to use their mobiles abroad rather than the EC's proposed regulation.

"While the Commission intended to fast track this regulation, our analysis indicates that its proposals are unworkable and impractical. There seems to be little value in pursuing a course of action which could ultimately penalise the majority of mobile users," said Rob Conway, CEO of the GSM Association.

In a formal response to the Commission's consultation process, the GSMA said the proposed regulation would lead to either higher domestic tariffs or greater inconvenience for Europeans who wish to continue to make and receive mobile calls outside their home country.

The GSMA estimates that the implementation of the Commission's home pricing principle could put operators in a situation where they are offering outbound roaming services at up to 19 percent below cost.

In addition, the EC's proposal to abolish the charges a roamer pays to receive a call would mean that mobile operators wouldn't be able to recoup the additional costs involved in connecting calls to customers who are roaming, such as international transmission fees and termination charges, and could again expect to make a loss on the provision of this service.

To recover losses resulting from the proposed regulation, the GSMA estimates operators would have to raise domestic prices by more than seven percent on tariff plans that continue to allow roaming. As a result, only the small minority of mobile users that make large volumes of roaming calls - primarily business travellers - would benefit, at the expense of those who travel less frequently.

"The European Commission's draconian proposals run the risk of limiting access to roaming and reversing the steady and significant declines in the price of domestic and international voice calls that have occurred over the past decade," Conway said. "Roaming tariffs are falling rapidly. Competition, not regulation, is the way to deliver lower retail prices."

Without an increase in the price of domestic calls, the GSMA envisages that the direct impact of the Commission's proposals would be to wipe €4.3 billion from the European mobile industry's collective revenues and €2.3 billion from its profits. In turn, this would threaten investment in new mobile services and could make some base stations in tourist regions, which exist primarily to serve roamers, unviable.

Operators with the lowest domestic rates or operators who are only marginally profitable would be hardest hit by the implementation of the EC's proposals. Some operators could see their profits fall by as much as 20 percent, according to the GSMA.

Another telecom association, the European Telecommunications Network Operators (ETNO), said it was concerned that the roaming measures had been proposed without any prior impact assessment on the overall economy and on customers, contradicting the EC's commitment to better regulation.

For example, the ETNO said, asking operators to offer some roaming services (such as received calls) at a loss, or providing lower wholesale prices to non-European operators without reciprocity, would have significant consequences for the competitiveness of the European mobile industry.

The proposal may also be detrimental for national mobile customers who might well be subsidising roamers. These concerns were also shared by several Members of the European Parliament at a hearing on May 4.