AFTER the unusually large snowfall in mountainous areas during the winter, Europe has experienced another "water baptism" as the snow melts down into the Danube and Elbe rivers. 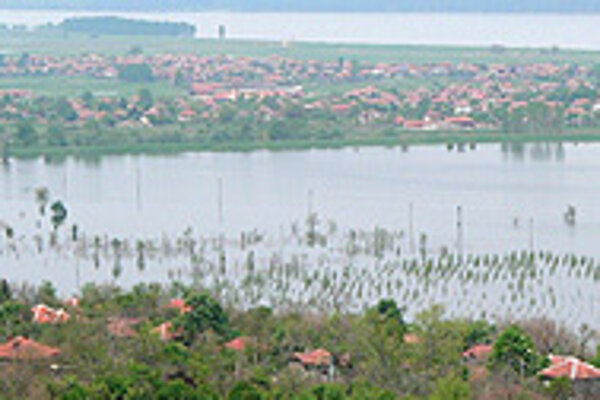 AFTER the unusually large snowfall in mountainous areas during the winter, Europe has experienced another "water baptism" as the snow melts down into the Danube and Elbe rivers.

The snow caused severe traffic problems, delays in delivery and roofs to collapse under the heavy snow.

After the March floods in the Czech Republic, Slovakia, Hungary, Germany, Serbia and Bulgaria, most recently, in Romania, thousands of people had to be evacuated as floodwater spilled from rivers. The Danube river basin between Bulgaria and Romania was, here and there, up to 10 kilometres wide.

There is a time for a serious discussion on the topic and search for solutions for the more than 80-million people living in the 18 countries through which the Danube flows, so that the trauma of natural disasters - floods and droughts - does not increase along with the increase in extreme weather conditions.

But is it in the power of this 80+ million community to identify "win-win" solutions when current water management systems do not take into consideration the interests of the partners in the river basin? They are built on the principle of water intolerance and the interest of one is put forward at the expense of the other. To look for tolerance and solidarity among the states and the individual citizens living in the region is a challenge for all who are united by the Danube's Blue Thread of Life.

For example, the Gabčíkovo Dam was built on the principle of a water bief and a 22-kilometre-long diversion channel, which drives the Danube's waters into the turbines of the water power plant. This water works has diverted the Danube from the inland delta, which in the past flatted the flow in the Danube's old river basin by more than 1,000 cubic metres/second. During the largest flood so far, the inland delta flatted the water flow between Bratislava and Gabčíkovo by 1,580 cubic metres/second. Of course, this was before the water works existed. By building the Gabčíkovo Dam, the effect of the inland delta has been lost, which means the risk of floods downstream from the water works has increased.

When solving partial water-management problems in one country, the interests of other countries in the water-basin are not taken into consideration. We have literally sent the problems, along with the waters that accumulated on the inland delta of the river, down the Danube.

Many small projects have been carried out in Slovakia based on the principle of the fastest way to get rid of rainwater from the country. With investment in anti-flood protection of towns and villages, the flows were canalised and the flood wave was sent to the "heads" of neighbouring municipalities, which defended themselves by building larger barriers around streams or rivers.

Only now this "domino effect" has started to fail, as the anti-flood dams cannot be built to last forever. Not one country along the Danube has accepted the principle of water tolerance but each has requested more international aid to build more "domino effect" systems. Based on the estimates, not accepting the water-tolerance principle in Slovakia has caused increased river flow by more than 5,000 cubic metres/second.

Like Slovaks, all the other nations along the Danube have been building similar systems of "water domino effects". Other countries, both in Europe and worldwide, are no better off either, because the principle of water intolerance is so deeply rooted that we are unable to imagine any other way to solve the problem - to stop making "water hell" for our neighbours and drought trauma for ourselves.

The paradox is that the driest regions in the Danube basin are the most endangered with floods initiated by rainwater flowing down from the mountains to lowlands.

What are the solutions? A "new culture" for water built on the principle "keep the rainwater in your country", which means preferring prevention against floods, is the answer. It basically counts on starting programmes that will slow the drain of rainwater from mountainous, agricultural, or urban countryside. This could significantly help to solve the problem of flood as well as drought, which is almost as serious a problem in Central European countries as floods, and help renew the principle of water tolerance.

A local initiative in the town of Košice in February 2004 approved and financed the town's protocol for water as a tool for communities to join into integrated water cycle protection. It wants to prove that cheaper solutions that would solve the problems of floods, droughts, biodiversity protection and food safety as well as reduce the negative impacts of climatic changes, create thousands of jobs and develop the local economy in poor European regions exist.

But will it reach the ears of the big players in the European Commission?