ONE might not expect it, but the old steam power station in Poprad, which used to feed the Tatra's electric railway, has been serving art to visitors since 1993. The local Tatra Gallery transformed the dormant industrial unit into a vibrant artistic centre, following similar successful attempts worldwide pioneered by renowned pop artist Andy Warhol's Art Factory in the 1960s. 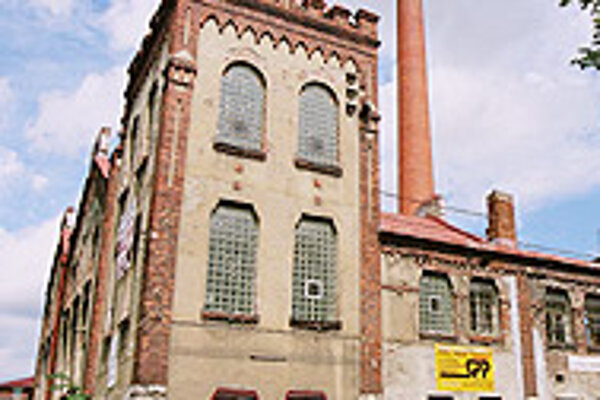 Font size:A-|A+0
ONE might not expect it, but the old steam power station in Poprad, which used to feed the Tatra's electric railway, has been serving art to visitors since 1993. The local Tatra Gallery transformed the dormant industrial unit into a vibrant artistic centre, following similar successful attempts worldwide pioneered by renowned pop artist Andy Warhol's Art Factory in the 1960s.

The project, which has grown from a regional exhibition to an international festival, is the cooperative effort of dozens of organisers. It fuses concerts, plays and art exhibitions - many created specifically for the power plant's space - to revive the technical cultural memorial until the end of August.

This year's Games with Art, subtitled Intermezzo, focus on interconnecting music with other artistic genres. Mutual influences can be detected in the works of professional artists, including Big Melancholy by Daniel Brunovský, A White Night Music by Robo Kočan and A Big Night Music by Juraj Meliš.

Czech underground legend Psí vojáci will rock the factory on May 25 at 19:00. Two Irish bands, Rullers of the Planet and Autamata will arrive a month later, on June 27 and 29, respectively. June 23 is reserved for a show of student fashion designs inspired by music.

Meanwhile, the power plant will serve as a venue for international seminars, discussions and workshops. A special place is reserved for works by art students.

"It all started as a regional happening, with exhibitions by children from elementary and artistic schools," said Tatra Gallery's director Anna Ondrušeková, who also heads the project. "Now it is an international, uncompetitive meeting of professional artists and students, with workshops and exhibitions."

The power station itself has been developing alongside Games with Art. A distinctive industrial unit built in a secession-like style and topped with a large chimney, it is undergoing extensive reconstruction to fully serve its purpose. According to Ondrušeková, it should be completed in 2010.

"We still need Sk30 million [€800,000] to make the factory a representative centre of contemporary art," she said.

The power plant, built a century ago, served its original purpose from 1912 to the start of Communism. It started deteriorating at the end of 1950s, but has been carefully preserved since 2003, when it was added to a list of cultural monuments. After the 1989 revolution, the dilapidated factory became the property of the town, which rented it to the Tatra Gallery in 1993 for 50 years.

By now, Sk6 million has been poured into the project, including loads of volunteer work. Recently, the power plant has seen its windows and roof changed, as well as its electricity network repaired, all part of an effort to restore it to its original shape.

However, the broken heating has not been repaired yet, so the factory only shows art from May to October. In its 13-year history, it has held dozens of events and hosted several hundreds artists from 18 countries. The Games with Art are among the most popular.