ALTHOUGH Slovak democracy has outgrown its most serious childhood diseases, it still has a few more self-treatments to undergo to rid itself of the virus of discrimination against Europe's most vulnerable ethnic minority, the Roma. 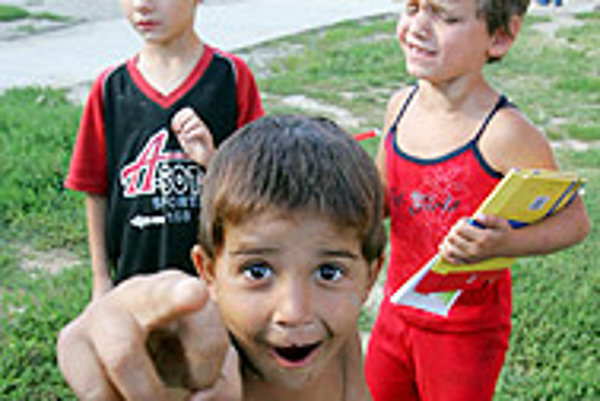 Font size:A-|A+  Comments disabled
ALTHOUGH Slovak democracy has outgrown its most serious childhood diseases, it still has a few more self-treatments to undergo to rid itself of the virus of discrimination against Europe's most vulnerable ethnic minority, the Roma.

Human rights group Amnesty International (AI) in its annual report said that over the past year reports of discrimination against the Roma in both the public and private sectors in Slovakia continued to be heard.

The AI report confirms the findings of the European Monitoring Centre on Racism and Xenophobia (EUMC), which in early November 2005 warned that the Roma face the most intense discrimination of any ethnic group within the enlarged European Union.

In its Annual Report for 2005, the centre urged Europeans to recognize that the Roma face heavy discrimination in employment, housing and education.

The AI said the Roma's lack of access to education and housing were problems Slovakia had to face.

Amnesty International noted that Roma children often fail elementary school entrance tests, often due to the fact they don't speak Slovak, and are subsequently placed in special schools for the mentally handicapped.

AI said that authorities excuse the indiscriminate placement of Roma children in special schools with the argument that they "come to school without pre-school education and sufficient knowledge of Slovak, lack basic hygiene and cultural and working skills, have limited concentration, patience and perseverance, and have underdeveloped fine motor coordination, different experience and knowledge of the world, and different interests and felt needs".

In response to continuous criticism, the Slovak government has promised to prepare special tests for children from socially weaker environments that would help them integrate into the mainstream school system.

But the cabinet appointee for the Roma community, Klára Orgovánová, told The Slovak Spectator that "if a Roma child doesn't go to school because his or her parents didn't go either and the child is not motivated, that's one thing, but people should also understand that in most cases these kids are in segregated classes, sometimes even in segregated parts of school buildings, and that too is discrimination".

Orgovánová also noted that the condition of Roma community housing had not improved and that recently her office had recorded several evictions of Roma families from rented accomodation.

Government officials say the Roma have remedies if they face discrimination - they can turn to the National Human Rights Centre, address the ombudsman, or turn to the courts.

Amnesty International also referred to the UN Committee on Elimination of Racial Discrimination, which found that the housing rights of a group of 27 Roma people were violated in Dobšiná when the local authorities killed a previously announced low-cost housing project for the Roma population after locals got up a petition.

The AI report was also critical of the decision of Slovak Constitutional Court last October that affirmative action violates the country's constitution. The court ruling struck down a key provision of a recent anti-discrimination law.

The court found fault with a clause in Slovakia's Anti-Discrimination Act that had provided a legal basis for temporary measures to help the most disadvantaged groups in society - particularly the 350,000-strong ethnic Roma population - narrow the gap with the mainstream.

The decision upheld the complaint submitted to the Court by Justice Minister Daniel Lipšic of the Christian Democratic Movement (KDH), who had opposed the positive discrimination legislation first proposed by his ruling coalition partner, Pál Csáky of the Hungarian Coalition Party (SMK).

The Anti-Discrimination Act provided that "specific compensatory measures may be adopted to prevent people from being disadvantaged on the basis of their racial or ethnic origin, in the interest of securing equal opportunity in practice and observing the principle of equal treatment".

Amnesty International also mentioned the case of the Roma family of Štefan and Olga Šárközi, who in 2004 were reportedly ordered by the mayor of Záhorská Ves to leave their land and the village, after their house had been burned down by a racist mob in December 2003.

"The mayor was also reported to have confronted the Šarközi family with private security guards, who assaulted Štefan and other members of the family with baseball bats. In 2005, Klára Orgovánová, the senior official for Roma affairs, was told by the mayor that the Šarközi family had been offered compensation to leave the village, which it had initially accepted and later declined. AI was unable to confirm this," the Amnesty International report reads.

However, the AI report also said that following claims by Roma women several years ago that they had been sterilised without their consent, Slovakia has made significant progress by approving a healthcare bill that allows women to make informed decisions and to have access to medical records.

"The law was drafted after civil society organizations highlighted substantial gaps in the previous legislation, which did not accord sufficient protection against forced sterilizations of women," AI claimed.