WHEN, for the first time since the Velvet Revolution, the Slovak Communist Party (KSS) in 2002 won seats in parliament, it was regarded as one of the main surprises of the election that year. After all, since the fall of the communist regime in the former Czechoslovakia, Slovak communists had deserted the party en masse, some leaving politics for good and others defecting to socialist parties such as the Party of the Democratic Left (SDĽ). 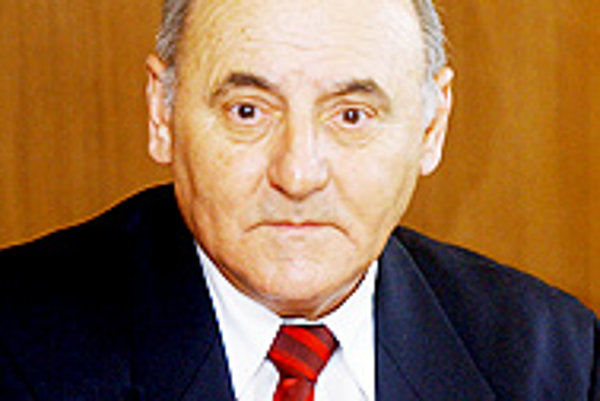 Font size:A-|A+  Comments disabled
WHEN, for the first time since the Velvet Revolution, the Slovak Communist Party (KSS) in 2002 won seats in parliament, it was regarded as one of the main surprises of the election that year. After all, since the fall of the communist regime in the former Czechoslovakia, Slovak communists had deserted the party en masse, some leaving politics for good and others defecting to socialist parties such as the Party of the Democratic Left (SDĽ).

Having been in power for 40 years, it took the communists over a decade in Slovakia to make a political comeback.

Even today, however, the ultra-orthodox Slovak Communist Party is still considered more a curiosity than a political force, despite the fact that opinion polls often turn up a significant nostalgia for the social securities that Slovaks enjoyed under the one-party regime.

With the older generation - the main source of support for the communists - only growing older, the party seems to be losing out to socialist alternatives like Robert Fico's Smer in the battle to attract new voters. Polls now put the party's support at below the five percent threshold for seats in parliament.

Part of the problem, of course, is that the KSS has not really come up with a realistic post-communism alternative for the country, insisting that Communism still has a chance in Slovakia in 2006.

The Slovak Spectator spoke with KSS General Secretary Ladislav Jača on May 22 about his party's prospects in the upcoming elections and its experience in parliament over the last four years.

The Slovak Spectator (TSS): The 2002-2006 election term was the first time the KSS held seats in parliament since the fall of Communism in 1989. What did the party manage to achieve for its voters?

Ladislav Jača (LJ): Despite the [earlier] statement by former Speaker of Parliament Pavol Hrušovský that the KSS would be "tolerated" in parliament, the party acted responsibly in fulfilling its role as an opposition party. We submitted dozens of draft bills and we were an uncompromising critic of the Mikuláš Dzurinda government, especially its inhuman social policies. We managed to partially eliminate the media blackout on the KSS.

The party had a better chance to present its programme to its voters and other supporters than before 2002. We also showed that our words are not in conflict with our deeds, and that we are prepared to continue fighting for the needs of the people most affected by the current government's policies.

TSS: Current opinion polls, however, suggest that KSS may not make it back to parliament after the June 17 elections. A recent poll by the Statistics Bureau put the party's voter support at a mere 3.6 percent, compared to over 6 percent in the 2002 elections. What caused this decrease?

LJ: The Statistics Bureau foresaw 3.0-3.2 percent voter support for the KSS ahead of the 2002 general elections, and yet the reality was 6.3 percent.

The Statistics Bureau is not the only polling agency. Only a month ago the MVK agency reported 7 percent for the KSS, while in 2005 we recorded over 9 percent.

We believe that attempts are being made to influence people's opinions by distorting the voter preferences of some parties. Such practices are typical of dirty political campaigns. Let's wait [for the actual election results] and be surprised.

TSS: So are you confident that you will win seats in parliament?

LJ: Of course we are confident.

TSS: What election result do you think you can achieve?

LJ: We are realists. Our result will be up to 10 percent of the vote.

TSS: Who are today's KSS voters?

LJ: Our voters are those people who are most negatively affected by the current government's policies - the unemployed, the working poor, pensioners and others. The KSS' voter base includes all age groups, education groups, as well as people working in various areas of society.

TSS: What are the main theses of your election programme?

LJ: The main goal of our programme is a socially just society, protecting people's social securities, helping the younger generation, particularly young families, and helping pensioners. We also want to secure free education and health care, and to create conditions for decent and safe lives for all citizens.

TSS: Many other parties have ruled out the possibility of working with the KSS after the elections, including the Christian Democratic Movement, the Slovak Democratic and Christian Union and the Free Forum. How do you regard such statements?

KSS: Ruling out the possibility of future cooperation makes no sense, and the authors of these statements lack elementary knowledge of political science. They care more about their party brands than the real issues.

After the elections the KSS will cooperate with any party and will support all proposals that increase the living standards of citizens and address their everyday problems.

We will do so regardless of which political party proposes such steps.

TSS: How have the current government's policies affected the country? Is there anything the government did well in your eyes?

LJ: We evaluate the results of the Dzurinda government very negatively in all walks of life.

TSS: Is there nothing the government did well in your eyes?

LJ: If you really want to hear something positive, we think it's good that the government didn't manage to privatize everything and that it agreed to hold early elections.

TSS: In the neighbouring Czech Republic, opinion polls show around 13 percent voter support for the Czech Communist Party, the KSČM. Why do you think the Czech communists are more successful than the Slovak?

LJ: It's mainly due to history. After November 1989, the former KSČ (Czechoslovak Communist Party) basically retained its structure. In Slovakia, the SDĽ party was created on the basis of the KSS, and later the KSS91 and the Slovak Union of Communists were formed, uniting into today's KSS. No political party profits from such interventions into its body politic.

It was also connected with the economic health of the party. While in the Czech Republic it [economic support] existed, the KSS started out without a single crown. The furious anti-communist atmosphere after the 1989 upheaval also played a role against the KSS.

TSS: During this election term, the KSS again experienced a split after Ivan Hopta left the party to establish his own Úsvit party. What was the cause of this split?

LJ: It was not a split. A few people, former KSS members around Hopta - that's not a party split. Their significance is seen in the fact that they are running for election on the candidates list of the [former ruling] Slovak Workers' Union. Already today, Úsvit effectively exists only in the Interior Ministry's register of parties.

TSS: Hopta said recently that the KSS has become "a tame political entity that absolutely does not endanger the political and economic interests of the people currently in power in Slovakia". How do you respond?

LJ: For a longer time now we have avoided commenting on the nonsense, lies and half-truths of Ivan Hopta. I don't want to annoy you with it either.

TSS: Do you still think Slovakia could see the return of a communist government and system?

LJ: Yes, definitely, we're convinced of it. The future society does not necessarily have to be called communist or socialist, but it will be a socially just society stemming from communist ideals.