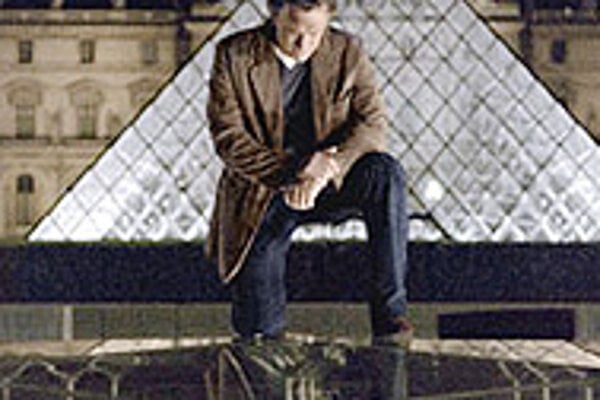 Last weekend, it was The Da Vinci Code. The highly-anticipated film by director Ron Howard and screenwriter Akiva Goldsman, the team behind the brilliant A Beautiful Mind, met with a cold reception at the Cannes Film Festival earlier this month (boos and hisses, to be exact). Film critics also pulled no punches. "An utterly safe set of conclusions about faith and its history," AO Scott of The New York Times called it. Yet the curiosity among filmgoers remained.

But who could help being intrigued by Dan Brown's bombshell thriller, which claimed Jesus married Mary Magdalene and fathered a child, who continued his bloodline up to today. Along with earth-shattering revelations about religion was art history, a murder mystery, car chases and international intrigue. What's not to love?

Well, Tom Hanks, for starters, who plays Robert Langdon, the Harvard professor who interprets clues and riddles all along the way. One of his "more remote, even wooden performances," The Hollywood Reporter calls it, but that's not completely fair. Langdon is a walking encyclopedia, not a bleeding heart. Hanks showed good timing for the necessities, an intense focus never far underneath.

This doesn't mean some scenes weren't lacking. One dramatic moment at the end involves Sophie Neveu (Audrey Tautou), a French cryptologist aiding Langdon in his discovery. Without giving away too much, Langdon discovers something about Sophie's family that rocks their whole sense of history, yet the actors emitted almost no reaction. Perhaps underplaying it was meant to communicate shock, but it felt false.

Avoiding criticism is Ian McKellen, the flamboyant British actor, who delivers a lively performance as the wild-eyed scholar Leigh Teabing. McKellen's gusto for the character's obsessive perso-nality certainly added some needed spice and diversity. Goldsman is also getting some well-deserved credit for the screenplay, which streamlined Brown's labyrinthine plot, plugged some of the holes that plagued its final stages and handled the endless yards of chatter with expertise.

This certainly made parts of the film as fascinating as the book. The conversation between Teabing, Langdon and Neveu at Teabing's chateau, in which the main crux of Brown's evidence is presented, was particularly thought-provoking and well-presented.

"We are in the middle of a war. One that has been going on forever to protect a secret so powerful that, if revealed, would devastate the very foundations of mankind," Teabing says.

The sensitive nature of the subject matter is exactly what makes the audience think. Even if you find Brown's ideas silly, detestable, or simply don't agree, the film, like the book, leaves you thinking and asking questions. That's important, and more than can be said for most entertainment these days.