DESPITE their joint history spanning two governments and the enduring similarity between their programmes, the Christian Democratic Movement (KDH) and the Hungarian Coalition Party (SMK) have rejected an offer by Prime Minister Mikuláš Dzurinda to form a united bloc in talks on the next coalition government after the June 17 general elections. 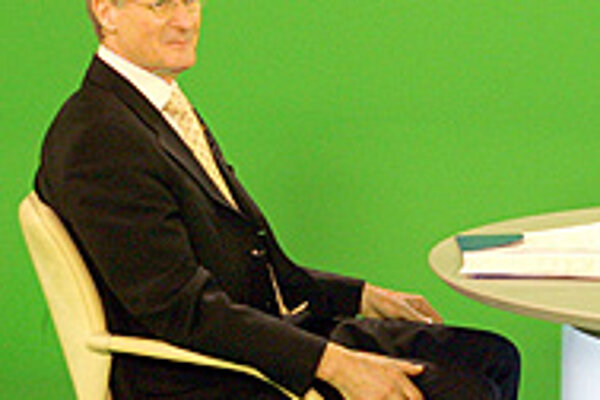 Font size:A-|A+  Comments disabled
DESPITE their joint history spanning two governments and the enduring similarity between their programmes, the Christian Democratic Movement (KDH) and the Hungarian Coalition Party (SMK) have rejected an offer by Prime Minister Mikuláš Dzurinda to form a united bloc in talks on the next coalition government after the June 17 general elections.

Dzurinda said on May 27 that he wanted to achieve "a coordinated action with the KDH and SMK", a plan which he said would give the right wing parties added weight in their efforts to become a part of the future Slovak government.

Voter support for each of the three parties is stable at around 10 percent, for a combined total that is roughly the same as the front-running social democratic Smer party, at just over 30 percent.

According to the PM, "if we go together at any price, we have a chance".

The KDH, SMK and Dzurinda's Slovak Democratic and Christian Union (SDKÚ) started out as coalition partners in 2002, but Dzurinda's increasingly secretive and take-no-prisoners style of governance soon alienated his allies. The KDH finally quit the government in February, forcing early elections.

Speaking at a meeting with journalists in Košice, where the SDKÚ started its election campaign on May 27, Dzurinda said that "our political programmes are very close, and I think that responsibility for the country has given us the opportunity to return to close cooperation".

Yet the main players in the other two conservative parties rejected cooperation with Dzurinda's SDKÚ out of hand, arguing that they did not want to be bound by such an agreement with any other party.

While both the SMK and KDH agreed that another right-wing cabinet would be the best option for Slovakia, and that despite their distrust of Dzurinda they would likely be willing to continue cooperating with the SDKÚ, they said they wanted to keep their hands free to negotiate with whomever they saw fit.

The local press has increasingly speculated on the likelihood of a post-election coalition between the SMK, KDH and Smer.

"I see the continuation of the right-wing government as a possibility, but I'm not in favor of forming a right-wing bloc. I am a chairman of an independent party, and in the name of the party I will decide with whom we hold talks after elections," said KDH Chairman Pavol Hrušovský on May 28.

Béla Bugár, the chairman of the SMK, reacted in a similar way.

"I don't think this is the right option, even though these three parties have similar programmes, and could build on their previous experience of their eight years in government together," Bugár said.

According to some observers, the KDH and SMK's rejections of the cooperation offer was more a sign that they lacked confidence in Dzurinda personally.

Dzurinda's leadership style from 2002 to 2006 on many occasions undermined the trust between him and his partners. The most recent example, which led to the KDH's abandoning the ruling coalition, came when the SDKÚ's Eduard Kukan, the foreign minister, refused to support the proposed text for a treaty with the Vatican.

The KDH, which regarded the treaty as a priority and had managed to have it written into the government's programme, saw the SDKÚ's stance as a betrayal.

Observers suggested that in rejecting the treaty, Dzurinda had been trying to reach out to a more liberal electorate following the collapse of the former ruling New Citizen's Alliance, a liberal party that had been the fourth member of the coalition.

The KDH's Hrušovský indirectly confirmed that Dzurinda was at the root of the problem.

"If he continues with such practices, then our cooperation will end," he said on a recent TV talk show in reference to the Vatican Treaty.

The distrust goes all the way back to 1998, when the KDH accused Dzurinda of welshing on a gentlemen's agreement to return the Slovak Democratic Coalition (SDK), formed ahead of the 1998 elections to defeat then-Prime Minister Vladimír Mečiar, to its original five founding parties.

Despite finishing second to Mečiar in elections, the SDK patched together a four-party coalition government with a two-third majority in parliament, ending Mečiar's reign.

Dzurinda, who started his career with the KDH in the early 1990s, insisted that the SDK, not its five founders, had received a mandate from voters, and that no agreement on dissolving the coalition had ever existed.

After some heavy infighting, Dzurinda in 2000 formed a new party, the SDKÚ, taking many members of the KDH and other parties with him. Many leading KDH politicians have not forgiven Dzurinda to this day.

According to analyst Pavel Haulík of the MVK agency, the reason that the SMK and the KDH had rejected a pact with the SDKÚ was simple - it would not have helped them, and could have held them back.

"Voters more or less expect that these three parties will cooperate anyway, if such conditions arise. On the other hand, if the election results produced another scenario, such a deal would have tied the hands of these parties and prevented them from negotiating on an individual basis," Haulík told The Slovak Spectator.

Why then did Dzurinda make the offer, if it was unlikely to be accepted?

According to Haulík, the post-election pact was a tactical move calculated to win votes.

"Rejection by the SMK and KDH could bring him some extra votes because now he looks like the rejected proponent of a right-wing coalition," Haulík said.

The analyst also said that in rejecting Dzurinda's offer the two parties were signaling that they disputed a leading role for the SDKÚ on the right wing.

"The KDH and SDKÚ are fighting for leadership of Slovakia's right wing. It is not clear that the SDKÚ will emerge the strongest from the general elections or that it has the right to act as the leader and the unifier of the right wing," Haulík said.

A recent poll conducted in mid-May by the Polis Slovakia agency for Radio Okey suggested that while people would welcome a right-wing government, they expect that the next government will be a mixture of left and right-wing parties.

While 31.6 percent of the 1,020 adult respondents who participated in the Polis poll said they wanted a right-wing government, 18.5 percent were in favor of a purely left wing cabinet, and another 29.5 percent wanted a mixed right and left-wing government.

When asked what government they expected after the general elections, 34.9 percent of respondents said it would be mixed, while 24.3 expected a right-wing coalition and only 16 percent a left-wing government.