ONE of the major sectors in Slovakia that has received significant attention in the programs of political parties ahead of the general elections has been health care. 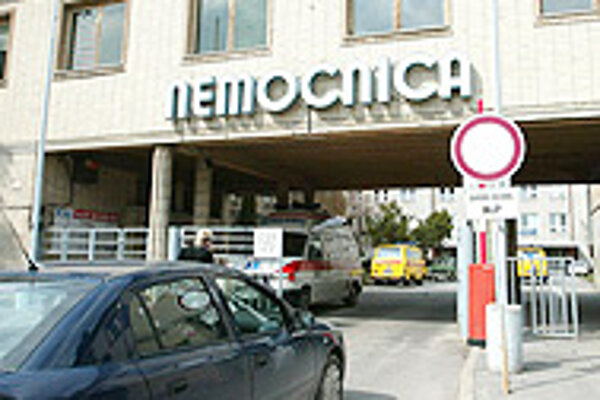 Font size:A-|A+  Comments disabled
ONE of the major sectors in Slovakia that has received significant attention in the programs of political parties ahead of the general elections has been health care.

While some, largely right-wing parties, insist that current Health Minister Rudolf Zajac's reforms in the sector must continue, others think that the multibillion-crown area must be approached differently and even plan to cancel some of Zajac's changes.

More than a decade since the fall of communism in 1989 it was Zajac who started a major reform of the healthcare sector.

Difficult and often slow and painful changes started to take shape after the current government pushed through a package of six healthcare laws which constituted the basis of the sector's reform in 2004.

Even before that, Slovak patients had been increasingly aware that health care services were no longer free, despite what left-wing and socialist politicians claimed. Through a measure introduced in 2003, Slovak patients had begun paying symbolic fees for visits to the doctor, medical prescriptions (Sk20 - €0.5), and overnight stays in hospitals (Sk50 - €2.3 per night).

A new categorization of medical drugs also led to an increase in patient co-payments for medication. The ministry's categorization commission retained free and cheap, usually generic, drugs in each category for the treatment of basic illnesses. However, patients wanting specific medications or insisting on original or more expensive drugs had to subsidize the purchase of the drugs to a greater extent together with their health insurance company.

These changes were especially hard for older patients, who are more frequently ill, and who complained they could often not afford their medication.

The non-transparent issue of licenses for the operation of ambulance services around the country also aroused a lot of criticism. Many of the ambulance stations are now run by Slovak financial groups, such as corporate raiders Penta. The opposition parties accused Zajac of tailoring his health care reform to fit the interests of these companies.

Zajac and his reform team at the ministry admitted that not all their goals had been achieved and that the sector needed continued reform.

Zajac's program was one of the most criticized reforms in Slovakia. However, the minister managed to eliminate much of the sector's old debts through the government joint stock company Veriteľ, and also slowed the accumulation of new debts in the sector.

It remains unclear how much of Zajac's work will be scrapped should left-wing parties, such as the front-running Smer, form the government.

The following is a summary of the proposals of Slovakia's major political parties for the healthcare sector.

At a recent meeting of the leaders of the social democratic Smer, the main opposition party, the party agreed that solidarity was the main principle underlying its election agenda.

In the area of health care, the party pledges "the immediate cancellation of the Sk20 and Sk50 patient fees and [a return to] the system of public health care insurance companies."

Smer is against Zajac's efforts to transform health insurance companies into joint stock companies. According to Smer, this is a further step towards turning health care services into business commodities.

As part of Smer's plans to introduced differentiated VAT rates, compared to the current flat rate of 19 percent on all goods and services, the party also promises to introduce a lower VAT rate for medication to reduce the price of drugs for consumers.

"Smer is against turning health into a commodity and the treatment of patients into a business so that financial groups can make profits, as the right-wing government has been trying to do for the last four years," the Smer election program reads.

Apart from cancelling the fees, Smer promises to provide free spa treatments "to those who need it the most yet cannot afford it," and to pour more public funds into health care by increasing state payments to insurers.

Smer also wants to cap internal spending by health insurance companies and to "use all possibilities for financing investment activities in health care from EU funds."

The non-parliamentary far right Slovak National Party insists that Zajac's healthcare reform did not improve healthcare services in Slovakia. It has drafted a list of 10 "commandments" for the sector, including increasing spending on health care to 7 percent of GDP, restricting the provision of mandatory health insurance to state-owned companies, introducing a system of payment per diagnosis, and requiring people who damage their own health, such as drug addicts, to cover part of their treatment.

The opposition Movement for a Democratic Slovakia (HZDS), which helped the current government pass its healthcare reform, speaks of a new three pillar system of health insurance and promises to cancel patient co-payments for medication for children under seven and seniors over 70 years of age.

The HZDS does not intend to overturn the current reform, but promises to improve on it.

The only party to openly declare that it will cancel healthcare reforms is the Slovak Communist Party (KSS). It plans to create a 100-percent state-owned health insurer, to abolish fees, and to end "the moral decay of health care" in Slovakia. The KSS's chances of becoming part of the ruling coalition and putting its plans into action are seen as very limited.

The opposition Free Forum (SF), which has criticized some aspects of Zajac's performance, says the healthcare reform was haphazard and was carried out by "ambitious people with a craving to be reformers and to gain control over public funds in health care".

According to the SF, "a broad expert and public discussion" did not take place before the reform. Therefore, the party plans to gain public approval "for the preparation and implementation of changes" in the sector.

The SF's healthcare expert, Ondrej Škodler, recently admitted that "Zajac was right in identifying the problems of the healthcare sector, but it will be necessary to go back and take a different path."

The SDKÚ ruling coalition party maintains that the reform "economically stabilized" the sector because the generation of new debts was halted and conditions for improving the quality of health care were created.

The party admits that many people still do not see the changes in the sector as positive because the quality of health care has not increased even though people are now paying for some services.

The party wants to continue transforming health insurers into companies that work on business principles so that insurance premiums are used effectively. The SDKÚ also says it will push to increase contributions for the state's own insurers from the current 4 to 4.25 percent of the average wage per year. By the end of the election term, the party will try to increase these payments to 5 percent.

The right-wing KDH and SMK accept the basic principles of the healthcare reform, but feel that the new mechanisms must be improved.

According to the SMK's programme, "the reform is characterized by excessive centralism in favour of health insurers."

"The triangle between patient, healthcare provider, and insurer must be balanced and always bear in mind the needs of the patients."

The future of the health care sector clearly depends on the composition of the new government. With the likelihood of a mixed rather than a purely right-wing or left-wing administration, a slowdown in reform may lie ahead for the sector.

Nevertheless, over the last four years, Slovaks have seen and felt that health care is not free for the first time since 1989.

As Zajac's tiny, non-parliamentary Civic Conservative Party puts it, "patients have realized that 'free' health care is an illusion".