THE DEFENCE Ministry cancelled the Bratislava Air Days known as the Slovak International Air Display (SIAD), which were scheduled to take place between June 10 and 11. The decision raised a wave of protests from the public as well as the participating pilots. 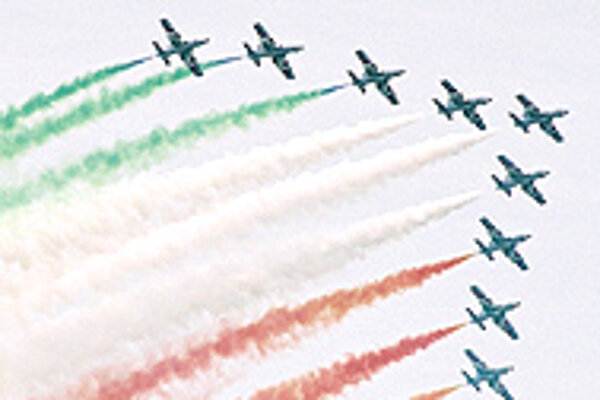 Font size:A-|A+  Comments disabled
THE DEFENCE Ministry cancelled the Bratislava Air Days known as the Slovak International Air Display (SIAD), which were scheduled to take place between June 10 and 11. The decision raised a wave of protests from the public as well as the participating pilots.

The event had been taking place biannually since 1992 and tens of thousands of people attended it. Many locals as well as foreigners had been looking forward to it, having the date marked in their calendars.

"SIAD was among the best European air shows. The event has a great reputation and all European countries grouped in NATO were pleased to participate," Huber Štoksa, director of Slovak Aviation Agency (SLLA) in Banská Bystrica, told The Slovak Spectator.

According to Milan Vanga, the spokesperson of Armed Forces of the Slovak Republic, the decision to give up organising SIAD came after analysing the air force financial situation. "We are leaving the organisation of air days to commercial companies for financial reasons," he said.

In 2004, SIAD cost Sk12 million (€320,000). Other reasons behind withdrawing the air show from the Bratislava's privatised MR Štefánik airport was the increase in transportation traffic and passenger safety concerns.

Estimates say that over 4,000 travellers passed through the airport during the SIAD 2004. The air acrobatic stunts had to take into account the arrival and departure times of both regular and chartered flights. The organisers claimed it was a "masterwork" to harmonize the programme.

Having a civil agency to organise an air show in cooperation with the state's air force is a standard model in Europe. The Czech Airshow Agency regularly holding the Czech International Air Fest (CIAF) in Brno early autumn is the closest example, followed by Austria's Zeltweg, Hungarian Kecskemet and Polish Radom, all tailor-made air shows organized by agencies, supported by government and attended by army pilots.

With the army focussing more on professionalising its forces in general, Slovakia is also adopting the model.

Štoksa's agency took over the tradition following calls to end SIAD in 2004. The first Slovak Air Fest organised by SLLA at Sliač airport near Zvolen was held last year and the next one will take place this week, on June 10. The show is currently the largest air show in Slovakia.

"Last year we tested ourselves to see whether we could do it or not, because to organize a representative air show requires a huge team of people, a great responsibility and safety measurements. Moreover, it's a very demanding project financially," Štoksa said.

The change in the main organizer of the air days should not have a significant impact on the quality and organization of the event, Vanga says. The weaker foreign participation and reduced programme compared to what SIAD used to offer, however, suggests that the show is struggling to meet the standard of the Bratislava air days.

Moreover, Štoksa warned that if the government freezes the finances for the purpose, air days might completely cease to exist in Slovakia. To keep the event, he argues, must be in the interest of the state authorities as well as the air show enthusiasts.

"It is our ambition to preserve the tradition, and therefore we'd like to help with organizing the days at the Sliač airport or with personal participation of our top pilots," Vanga said.

Similar air shows are being organized in countries across Europe. They are the national glory in displaying the country's air force and also invite participants from around the world.

The highlight of their programmes often are the air force's acrobatic groups, such as the Red Arrows of the Royal Air Force in UK. Since 1991 Slovakia has had the famed White Albatrosses to highlight its air shows at the Košice Air Force Academy, which ended when the school closed down.

"It's a shame they no longer exist," said Štoksa.

According to Vanga, it was impossible to keep the acrobatic group after the school closed down because of a lack of finances. Such team needs to train year-round.

"We have, though, started to train acrobatic flying with a limited number of the army's planes within the standard [air force] training," he said.

The top pilots are usually the training instructors, whose priority is to train pilots to fulfill the air force's basic tasks. The air force technique is also primarily used for fulfilling those tasks.

"Finances a priori go to these tasks. In the near future we therefore don't plan to train any individual acrobatic group to such an extent as in the past," Vanga said.