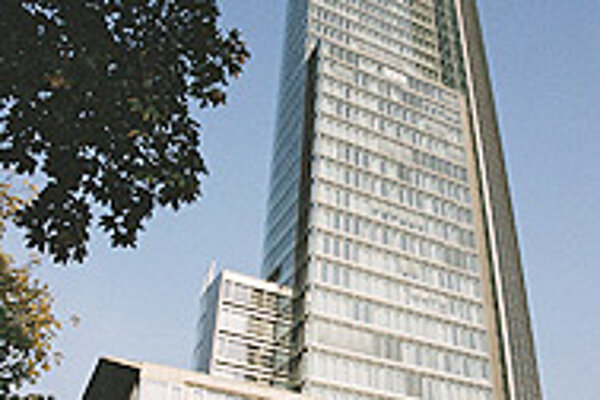 Font size:A-|A+  Comments disabled
THE CENTRAL bank continued its crusade to contain inflation by raising key interest rates by 50 basis points in a move that had been widely expected.

The rate hike was seen as a message from the central bank to Slovak consumers to spend less and save more.

NBS Governor Ivan Šramko said the rates decision was due to Slovakia's vigorous 6 percent economic growth in 2005. The growth was driven by household spending and consumer borrowing, and is creating inflationary pressures.

While the last rates hike of 50 basis points in late February surprised analysts, who had been looking for a 25-point rise, this time the hike was widely expected and had been priced in by the markets.

"The NBS had been hinting it would tighten monetary policy for some time, as it needs to bring inflation down from the current 4.5 percent to its 2 percent target in 2007-8, at a time that the economy is booming. The central bank's latest forecast is for real GDP to grow 6.6 percent this year, which is seen as the limit of the country's potential at this stage," VÚB bank chief economist Zdenko Štefanides told The Slovak Spectator.

The NBS voted on a proposal to raise interest rates a month ago on April 25, at which time it was one vote short of the required majority of five votes on the eight-member Bank Board.

"With the string of stronger-than-expected real economy data released since that meeting, the issue was not whether the NBS would raise its key rates but by how much," Štefanides said.

ČSOB analyst Silvia Čechovičová agreed that the NBS was trying to cap inflation to meet the Maastricht inflation criteria for adopting the euro currency as planned in 2009.

Given that the Maastricht criteria will probably be evaluated in the second quarter of 2008, next year's inflation rate is especially important for the NBS, Čechovičová said.

According to Štefanides, local analysts were evenly divided between those forecasting a 25bps rate hike and those foreseeing a bolder, 50bps move.

"The NBS Board decision on May 30 mirrored the views of analysts: all eight Board members present voted for a rate hike, yet the 50bps move was approved by the smallest margin possible of five votes to three," he added.

While Governor Šramko said the need to fight inflation was not yet urgent, the analysts maintained that the rate hike suggested "there are still inflation risks out there, and some of them are getting stronger. "

"The GDP data suggest that consumption is starting to play a larger role and that corporate sector profits remain strong. This in turn could lead to increased wage demands," ING Bank chief analyst Ján Tóth told The Slovak Spectator.

According to Tóth, oil prices are creating two sorts of inflation risks: first, their impact on gas prices could raise household gas prices; and second, they are keeping headline inflation high, which could have an impact on inflation expectations as people get used to higher inflation.

However, the analyst said the greatest inflation risks lay in the future economic programme of the new government formed after June 17 general elections.

"Until now, Slovakia has enjoyed a super-low [real] interest rate environment thanks to its good fundamentals and image and the resulting bullish currency. That was the consequence of the economic reforms and the government's euro adoption aspirations. Should the new government reverse the trend, the country could lose its currency edge and in turn would need to align its real interest rates accordingly," Tóth told the Spectator.

The NBS Bank Board has not yet dealt with any proposal to revise the inflation target for this year.

"We are discussing the issue, but no proposal has been made so far. We continue to follow our original monetary programme, and there is no risk at the moment that the 2007 inflation targets will not be met," Šramko said.

Nevertheless, all the Bank Board members present at the May 30 meeting expressed support for tightening monetary policy, the NBS governor said.

"Going forward, even with the rate hike just delivered, we still see the need for tighter monetary policy in Slovakia. At this stage, however, we assume that the bulk of the necessary monetary tightening will be delivered by a stronger currency rather than by higher interest rates.

"We expect the crown to appreciate in the second half of this year by about four percent, which should be strong enough to ensure that inflation starts to fall next year towards the two percent ceiling. If for some reason the crown fails to appreciate, however, we would pencil in a further upward revision in the interest rate," Štefanides told the Spectator.

Meanwhile, the World Bank in its new report on the economic performance of the Visegrad countries, the Baltic states and Slovenia also said that inflation could become Slovakia's main problem ahead of the introduction of the euro.

"In 2007 inflation should fall to 2.7 percent. At the moment, it stands at 4.4 percent, which is why I stress the need for sound fiscal policies, including in next year's state budget, which is due to be adopted in the autumn," World Bank economist Anton Marcinčin told the TASR news wire.

On the other hand, the World Bank praised the economic growth that Slovakia has achieved.

"The growth had stimuli that varied from country to country, and was high in all countries apart from Poland. In Slovakia, it was mainly fuelled by domestic demand, while in the Czech Republic it was influenced by exports," Marcinčin said.

The World Bank expects over 6 percent economic growth in Slovakia in 2006 and 2007.

While the central bank had been hinting at the need for a rates hike to contain inflation, the Klub 500 business group called on the NBS to fight inflation by clamping down on energy producers rather than by raising key interest rates.

Gregor added that commercial banks would follow the NBS's lead and raise their interest rates, which can hurt both small businesses by making credit too expensive, and exporters because of the stronger crown that will accompany higher interest rates.