WHILE THE REST of the economy seemed to be in a pre-election slumber, the telecom sector charged ahead in late May, not only introducing number portability, but also calling a tender for a third operator to join the two incumbents on the mobile market. 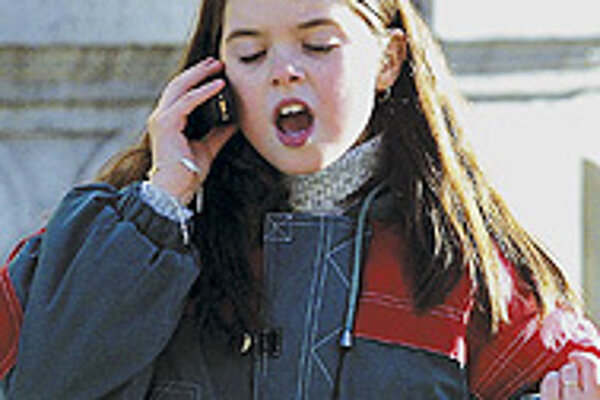 Font size:A-|A+  Comments disabled
WHILE THE REST of the economy seemed to be in a pre-election slumber, the telecom sector charged ahead in late May, not only introducing number portability, but also calling a tender for a third operator to join the two incumbents on the mobile market.

The country's Telecom Bureau (TÚ) on May 31 called on interested operators to submit bids to become the country's third operator on its GSM and UMTS frequencies by July 14.

The move had been anticipated in Slovakia for several years. After three failed attempts to introduce a third operator in 1998, 1999, and 2002, the winner of the current tender could begin offering services in 2007.

Mobile market watchers give the greatest chance of success to operators that have no links to existing market players, which promise to increase competition, which demonstrate the capacity to develop their own network, and which offer the most money.

Prior to preparing the tender conditions, the telecom authority analyzed the market and the requirements of potential bidders for entering the local telecom market, the TÚ informed The Slovak Spectator.

Mobile giants T-Mobile and Orange, which currently share the Slovak market, view the potential entry of a third operator as a business challenge on a market that is already near the saturation point.

The Ministry of Transport, Telecom and Postal Services expects significant interest in the tender, predicting that companies that already have discovered and explored the Eastern European market will be interested in coming to Slovakia as well.

The local media have mentioned potential interest coming from the British mobile operator Vodafone or the Spanish Telefónica, which entered the Czech market in 2005.

However, experts are cautious in speculating about what conditions a third operator might face, and what impact it could have on the market.

"It all depends on the conditions under which a third operator enters the market. Many people see the entry of a third operator as inevitable," said Vladimír Ondrovič, chairman of the Association of Telecom Operators, in an earlier interview with The Slovak Spectator.

Since the last failed tender, conditions on the Slovak market have changed, with the Slovak market authority gaining more power to regulate mobile operators, and the costs of gaining an operating license falling as well.

Before the tender was called, the Telecom Bureau in mid-March 2006 launched a public discussion on the terms for the entry of a third operator to the Slovak market; 78 firms and individuals received questionnaires with open questions on the entry terms, of whom 17 returned the questionnaires by April 15.

The launch of the mobile tender was not the only advance seen on the telecom market last month. Number portability, which allows people to keep their phone numbers even when they switch operators, became a reality two years after Slovakia's entry to the European Union.

European Information Society Commissioner Viviane Reding had been getting increasingly impatient with Slovakia for not launching the service as agreed in 2004, and during her February visit to Slovakia, she warned state officials that the EU would take Slovakia to the European Court over the matter.

Reding argued that it was important for mobile users to be able to switch to another phone operator without having to give up the phone number they and their contacts had grown accustomed to. It is believed that number portability can increase competition on the market by removing a barrier to switching service providers.

While the Electronic Communication Act had made number portability possible as of May 1, 2004, the Telecom Bureau was slow to issue the executive guidelines setting rules for mobile operators.

Number portability is now possible between mobile operators and among fixed line operators, although a fixed line customer cannot take his or her old phone number into a mobile network or vice versa.

Customers can ditch their current operator only after meeting all their contractual obligations towards the company and paying all outstanding bills.

Slovakia's operators now offer a simplified procedure for switching operators called "one-stop-shopping", in which the client requests the activation of service with a chosen operator in a process taking no longer than 20 working days. In some EU countries the customer has to visit both operators before switching networks.

Operators, however, will charge fees for leaving their networks. According to the SITA news wire, leaving T-Mobile will cost customers Sk500, while entering another operator's network will be free of charge.

Orange plans to offer the service free until the end of August, after which date quitting its network will cost Sk1,000.

The service will be limited to Slovakia. International portability requires a global solution based on agreements between various national providers.

Operators say they are ready for the increased competition that number portability might bring.

"We welcome mobile number portability as yet another measure to increase competitiveness on the Slovak market, which already is highly competitive," T-Mobile Corporate Affairs Director Juraj Droba told The Slovak Spectator.

"A final barrier was removed for those unhappy Orange customers who wanted to switch to T-Mobile. Now these customers can keep their numbers and start using our services," Droba added.

The two mobile operators say they are confident there will be no massive exodus of customers.

"We have no experience with number portability, so any predictions are more or less speculation. But international benchmarks from countries where portability arrived sooner indicate that this service had no major impact on customer migration," Orange Corporate Affairs Manager Peter Tóth told The Slovak Spectator.

The local media have criticized the incumbents for not providing a network change notification when people call numbers that previously belonged to a different network.

So far, customers have been able to identify which network they were dialing into based on the three digit prefix numbers, such as the original 903 for T-Mobile, and 905 for Orange. Now, with number portability, people may dial a 905 number, thinking it is in the Orange network, and actually be calling someone in the T-Mobile network.

Charges for dialing between networks are much higher than dialing within a single network, meaning that the lack of a network change notification could lead to customers running up high charges unawares.

However, the operators say that network change notification would be very costly to introduce, and that they are already providing enough tools for customers to verify which network the number they are dialing belongs to.

"Should we feel that customers prefer a voice announcement in the initial phase of connecting their call, we will promptly introduce this option," Droba told the Spectator.

According to Tóth, Orange customers also have four options to check which network they are dialing.

"They can check the information on the company's website, at wap in the Orange World menu, by sending a short message or by dialing 959," he said.

According to Tóth, other European operators had found these means of informing their customers satisfactory.

"At the moment we don't know to what extent customers will use number portability, so it is hard to gauge how useful such a service would be," he said, adding that his company would monitor the situation.