Pros and cons of family docs

PART of the efforts to reform the Slovak healthcare system has included a discussion about family physicians, which were once very popular in Slovakia. 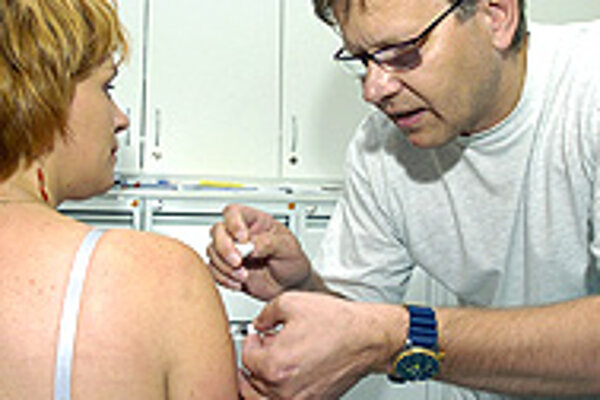 Font size:A-|A+  Comments disabled
PART of the efforts to reform the Slovak healthcare system has included a discussion about family physicians, which were once very popular in Slovakia.

The number of family physicians peaked during the period between WWI and WWII. After the war, health care in the former Czechoslovakia was gradually divided into a three-part system: primary health care (separate general practitioners for adults and for children and adolescents), secondary (specialised doctors), and tertiary (hospitals). The general practitioners (GP) provide primary care; treat acute and chronic illnesses and provide preventive care.

The idea of family physicians eventually died out during Communism, which forbade privately-owned medical offices.

Nowadays, family doctors are once again a topic of discussion. Patients are likely to be more comfortable with a physician who cares for the whole family, and is willing to make house calls. Additionally, such a physician can often make the best medical judgments because they are most familiar with the family's medical history.

On the other hand, a family physician, in the traditional sense of word, must have knowledge of a wide range of specialisations, including paediatrics, gynaecology and obstetric medicine. Many wonder if one person can have an adequate command of such diverse fields in today's world of modern medicine.

"This specialisation does not exist in Slovakia, but the question is whether it is necessary, considering the current system already maintains quality primary health care. EU countries are actually starting to follow Slovakia's direction," Peter Lipták, a general practitioner for adults in Bratislava, told The Slovak Spectator.

The current trend prefers paediatricians for patients up to 13 years of age because children often need specific care concerning genetic diseases and inoculation.

According to Lipták, this means a family doctor should be a better, or at least equally good, GP for children, adults, and possibly even gynaecologist.

"The question still remains of how long one needs to prepare for this specialisation because certification would be much more rigorous than being a regular GP. Additionally, a family physician would come across fewer patients and, therefore, might have less experience," Lipták said.

Peter Marko, GP for adults in Kežmarok, pointed out that new findings in medicine and the ageing population create new demands for knowledge, skills and education. "A quality physician cannot be a poly-historian," Marko said.

"Of course, they would also have to acquire a licence from the Higher Territorial Unit to be able to open an office for all those specialisations," he explained.

Lipták also believes the creation of a family physician would require a systematic change, starting at universities. "We would need a group of really eager people willing to go through a lot of effort."

In Slovakia, there are also no institutions aimed at educating family physicians. But Marko mentioned a project in Poland, such as the Leonardo da Vinci and EURACT project. "Towards development of the European Network of Postgraduate and Continuing Education for Family Physicians" is run by an international consortium promoted by the College of Family Physicians.

However, Marko does not "consider family medicine a solution for the growing ageing population."

Lipták thinks that if the majority of EU countries prefer Slovakia's current direction, a traditional family doctor in Slovakia is probably just a thing of the past. However, the right to choose your physician should also be respected.

"I think the future should be rather directed towards the GP being put into the context of provider of primary health care. That means GPs should take into consideration a family's entire medical condition, such as genetic dispositions, social and cultural specifics, and others," Lipták summarised.