BEFORE the summer open-air concert season begins, a series of megastar performers are going to rock things up in June. 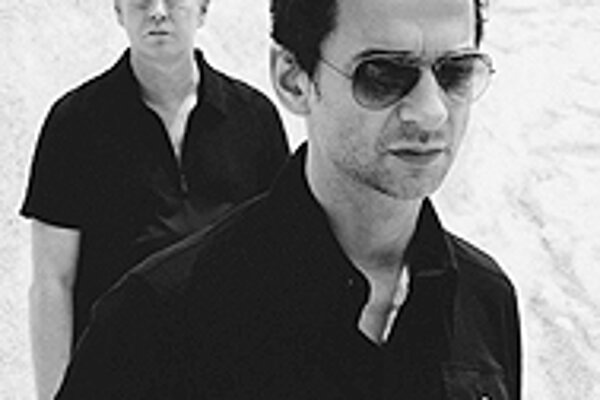 Font size:A-|A+  Comments disabled
BEFORE the summer open-air concert season begins, a series of megastar performers are going to rock things up in June.

First on the list is The Black Eyed Peas, who launch their European tour from Bratislava on June 5. The Los Angeles-based hip-hop band will electrify fans with hits Let's Get it Started, Where Is The Love? and Hey Mama at the new Incheba Open Air theatre, which seats 10,000 and offers a magnificent view of the city.

The next day, Finnish heavy metal cellists Apocalyptica will enliven the opposite bank of the Danube with tracks from their latest album, A Decade of Reinventing The Cello, which mixes acoustic rock versions of Metallica songs and original pieces. The concert will take place in the Park Kultúry a Oddychu (Culture and Leisure Park - PKO) on Nábrežie L Svobodu 3.

Following close behind is Norwegian pop group Fluck, which will hit the Malý Babylon at Šancova street on June 7.

But probably the most anticipated music event of the year features one of the founders of synthpop and electropop: Depeche Mode. On June 11, singer Dave Gahan, guitarist Martin Gore and keyboard player Andy Fletcher will set fans at the Inter Stadium aflame with their biggest hits and songs from their latest album, Playing The Angel. The British trio will also bring along fellow countrymen The Sisters of Mercy, a gothic-rock band.

Three days later, the legendary formation Massive Attack will land at the Incheba Expo Arena at Viedenská cesta during the promotion tour for its greatest hits album Collected, which offers a retrospective into the band's 15-year career of combining jazz, hip-hop and rock.

Everything will then come to a head on June 21 when singer-songwriter Sting rolls in on his Broken Music tour. The superstar former frontman for The Police last appeared in Bratislava six years ago, when he sold out the Incheba concert hall. This time, he'll appear at the Artmedia soccer stadium in Petržalka.

In the past, such megastars usually skipped over Bratislava, leaving Slovaks little choice but to travel to Vienna, Prague or Budapest. This year shows, organisers say, that Bratislava has finally made it onto the world music map.