FOLLOWING the many political and economic reforms Slovakia has undergone since the revolution in 1989, politicians are finally beginning to direct their attention to culture. Many have left significant room for it on their election agendas. 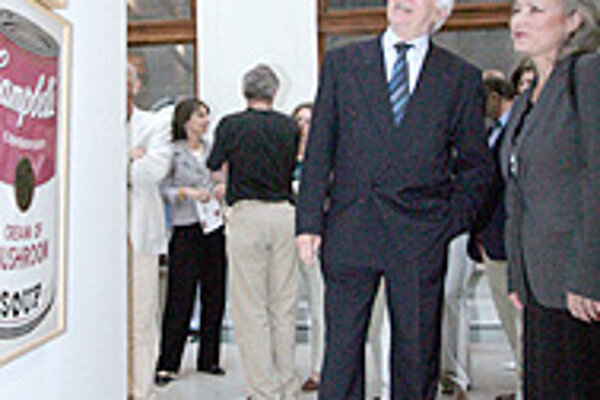 Font size:A-|A+0
FOLLOWING the many political and economic reforms Slovakia has undergone since the revolution in 1989, politicians are finally beginning to direct their attention to culture. Many have left significant room for it on their election agendas.

Culture experts and sociologists, however, say that most of the statements contained on party programmes are too general to offer solutions. Some are sheer nonsense, such as the New Citizen's Alliance's promise to allocate grants "also" to non-state organisations (in fact, non-state actors already get grants) or the Civic Conservative Party's suggestion to cancel financing for state-subsidised organisations (which, of course, would mean scrapping the bodies).

Artists, used to seeing promises lead nowhere, tend to ignore election programmes, even while calling for a radical reform of the field.

"It doesn't matter what [the politicians] say. For 15 years they have been saying the same thing. State support goes only towards a decaying culture. Nobody is coming up with anything new," said Blaho Uhlár, the director of Bratislava's Stoka theatre.

Uhlár said it "kills him" to listen to plans to merge the Culture Ministry with the Education Ministry. "There will be the same communist management system, the same amount of bureaucrats doing the same things. The only change will be that they work for an institution with a different name."

Culture experts also are fighting the merger, saying that throwing culture and education together would annihilate the former. Uhlár, known for his tireless criticism of the state system, said he would welcome it if the Culture Ministry were scrapped and funds set up in its stead independent of the state.

The programme of the Slovak Democratic and Christian Union (SDKÚ) contains a similar idea. The ruling coalition party plans to create an organisation independent of the central state, known abroad as an Arts Council. These apolitical bodies have authority over the use of budget money, which eliminates conflicts of interest. Moreover, the money tends to reach the addressees, which is not always currently the case.

Artists are often accused of rejecting any suggestion offered by a state official, but the fact is that no administration in Slovakia has ever offered a solution to the sector's problems.

"Since 1989 nobody has offered a vision for reforming the culture sector," said Zora Jaurová of Culture Contact Point (CCP) Slovakia. "And it's in a catastrophic condition."

She explained that the reform introduced by Ivan Hudec, the former culture minister during Vladimír Mečiar's 1994-1998 government, only worsened the problems in the field. Hudec established a system of state nominees to oversee culture in Slovakia's regions. The next culture minister, actor Milan Kňažko (1998-2002), knew how to raise money for the field, but omitted to make any changes in how it functioned. Under the current minister, Rudolf Chmel, finances have run away.

Since 1989, the Culture Ministry has seen seven people head it with Chmel recently returning to the post after František Tóth, was fired in March for misusing hundreds of thousands of crowns in taxpayer funds to support what his cabinet colleagues said was a PR campaign for his political party.

The only party that has had a clear cultural agenda over the years has been the Hungarian Coalition Party. Art experts, however, criticize its cultural vision for being based on the ethnic principle and reflecting nothing of modern, European cultural contexts.

Apart from the Hungarian party's interest in supporting "its people," few other parties mention supporting the cultures of the 12 minorities living on Slovakia's territory in their programmes.

The programmes of most parties likely to win enough support to enter parliament following the upcoming elections agree on several issues. They want to reform the ministry, to achieve multi-source funding, to support the creation of original works, to protect the country's cultural heritage, and to increase the effectiveness and transparency of the grant system.

The Forum's programme, as well as that of the ruling coalition's SDKÚ, are the only to offer concrete suggestions, suggesting that they were written by experts in the sector. The culture community has praised the SDKÚ's interest in culture, and its admission to having ignored the problem so far.

The opposition parties, including the Movement for a Democratic Slovakia, Smer, and the Slovak National Party, as usual speak of the degradation of Slovak culture in their programmes and criticize the current government's management of the sector. They claim that Slovak culture has become too commercial and that it has strayed from its role in shaping social consciousness.

So what can artists and culture professionals in Slovakia expect from the country's politicians?

"I hope they let experts advise them, eliminate corruption, and give culture the position it historically deserves," said Ján Juráš from the AP Agency, which organizes cultural events.