DURING the last half year, the prices of apartments in old houses and concrete panel blocks of flats in Slovakia's capital, Bratislava, have shown quite a significant increase. The price gap between old and new apartments is narrowing. 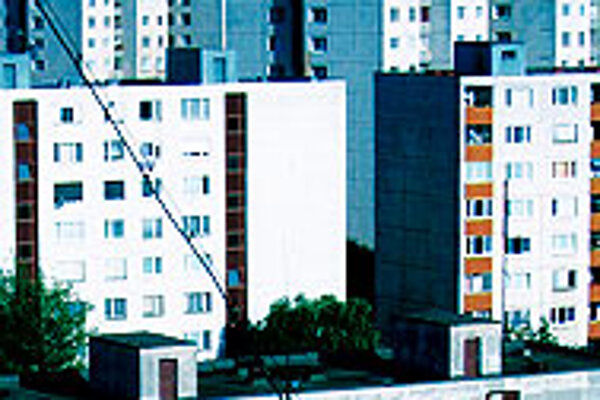 Font size:A-|A+  Comments disabled
DURING the last half year, the prices of apartments in old houses and concrete panel blocks of flats in Slovakia's capital, Bratislava, have shown quite a significant increase. The price gap between old and new apartments is narrowing.

Analysts say that prices are growing because there still are more people willing to buy apartments in Bratislava than the number of available apartments.

Filip Žoldák, researcher and consultant of Lexxus, explains that the prices of old apartments in a concrete panel-blocks of flats have been increasing gradually along with the prices of newly built apartments. They reached a peak right before Slovakia's accession into the EU (before May 2004).

At that time, sellers expected growing interest from foreign buyers after Slovakia became a member of the EU. However, the expectations appeared to be exaggerated when the buyers from abroad did not come in the expected numbers. After EU accession, the prices of old apartments started decreasing.

"However, in 2005, prices began growing again by 15 to 20 percent on average," Žoldák told The Slovak Spectator.

The current increase does not concern only lucrative old apartments in the city centre but also flats in Bratislava's panel housing estates, the daily SME wrote. For example, a buyer would pay for a panel apartment in Petržalka (part of Bratislava) Sk300,000 (€8,000) more than six month ago. Currently, the price stands at about Sk2.1 million, which is almost Sk31,000 per square metre (without VAT). In the city centre, it is possible to buy a 50-year-old apartment, for about Sk38,000 per square metre.

"The reasons [for the price growth] are the increased demand for housing, more affordable and accessible mortgage loans, and the increased purchasing power of the inhabitants. Undoubtedly, demand still exceeds supply," Žoldák said.

"It [the price growth of old apartments] is incompre-hensible," Zeno Kezman, a vice president of the National Association of Real-Estate Agencies (NARKS), told daily SME. He thinks that the price increase in old apartments is short-term and not sustainable.

In the future, Lexxus expects only a mild price decrease for old apartments. However, it expects price growth for newly built housing buildings of about seven to 12 percent on average, of which super-standard projects may grow even more vigorously. "It means that the segmentation that has already started will continue," he added.

The reason is that the panel-blocks of houses are in a state that requires reconstruction. Many of those houses suffer from systemic disorders. Additionally, the overall reconstruction of old, concrete panel-houses is complicated because of the ownership structure (all the owners must agree) and high costs. To get an old apartment to the level of an apartment in a new housing building, an investment of around Sk500,000 per old housing unit is the norm.

Žoldák thinks the current price increase of old apartments stacks the deck in favour of developers of residential projects.