NOT many Japanese films are screened in Slovakia. They bring a different perspective to local cinemas fed mostly with European and American productions, but regular Slovak moviegoers rarely get a taste of them. 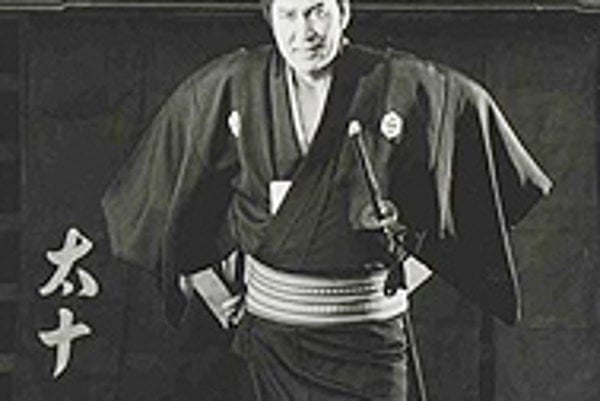 Font size:A-|A+0
NOT many Japanese films are screened in Slovakia. They bring a different perspective to local cinemas fed mostly with European and American productions, but regular Slovak moviegoers rarely get a taste of them.

The Japanese Embassy in Bratislava, therefore, regularly fills the bill with the Japanese Film Festival.

Between June 13 and 16, it will show seven Japanese films with English subtitles at Bratislava's Mladosť cinema. All are quite recent productions made between 1990 and 2003, including many genres from drama to comedy.

"At last year's festival we asked the audience to fill in our questionnaire. The results showed that Slovaks want to see relatively new Japanese films," Susumu Kiyosawa, the third secretary responsible for cultural affairs at the Embassy of Japan, explained as the reason behind the film selection.

Like elsewhere around the globe, Slovaks know the famous Japanese directors such as Akira Kurosawa, Takeshi Kitano and Hayao Miyazaki, whose films are also available on DVD or VHS. Several, like the famed Kurosawa, inspired whole generations of filmmakers around the world. It was his Seven Samurai (1954), about a group of gangsters terrorising villagers, who call seven fighters for help, which inspired John Sturges to create his western, The Magnificent Seven, six years later.

Japan annually produces over 300 films ranging from the traditional to the very experimental.

"We can say it is this variety of styles that characterizes Japanese films," Kiyosawa said, adding it is this broader picture of their cinema that the Japanese Embassy tries to communicate to the Bratislava audience.

A 1993 comedy Shiko funjatta (Sumo Do, Sumo Don't) by Masayuki Suo will open the festival on June 13 at 20:00. It tells the story of a university sumo club in today's Japan, when a young generation more interested in "Western" sports like baseball and basketball earns respect for the traditional sport.

Among other movies on the list, you will find the 2000 action/comedy Dora-Heita by Kon Ichikawa, about a "playboy" who pretends to be an alcoholic but instead comes to clean up a corrupt and lawless town and the 2003 Robocon by Tomoyuki Furumaya, about a competition for robot constructers. The 1999 drama Ame Agaru (After the Rain) by Takashi Koizumi, about a masterless samurai will close the festival on June 16 at 20:00.

"Slovaks think of Japan as an exotic country located in the Far East. I do not deny it. There are indeed many differences between Japan and Slovakia, and there is little information about Japan available in Slovakia. We hope that through this film festival many Slovak people will get to know our films and deepen their understanding of Japan," the embassy's Kiyosawa said.