No easy equations in coalition math

SLOVAKIA is headed for yet another coalition government in the wake of parliamentary elections on June 17. Unlike in the previous two elections, however, when the broad contours of the next cabinet were immediately apparent, this time the post-election negotiation machine may churn for weeks before it turns out a new administration. 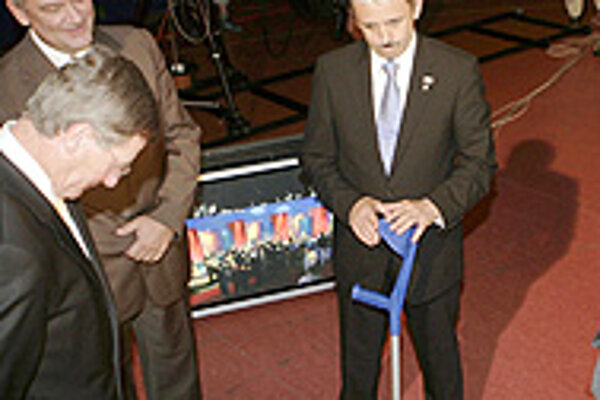 Font size:A-|A+  Comments disabled
SLOVAKIA is headed for yet another coalition government in the wake of parliamentary elections on June 17. Unlike in the previous two elections, however, when the broad contours of the next cabinet were immediately apparent, this time the post-election negotiation machine may churn for weeks before it turns out a new administration.

Party leaders were tightlipped on June 18 when asked what kind of ruling coalition could emerge from the election results, which gave the leftist Smer victory with 29.14 percent, followed by its main rival, the right-wing Slovak Democratic and Christian Union (SDKÚ), with 18.35 percent.

Smer leader Robert Fico, whose party failed to become part of the government in 2002 after scoring a disastrous election result, has said he is ready to form the new government.

"The programme we presented won significant support. I hope we manage to form a government that will carry it out," Fico said on June 18 after learning the first unofficial results.

Fico underlined that he would insist on a government programme stressing "solidarity" (i.e. the rich pay more), and promised voters that "economic growth will no longer benefit only a small group of people, as has been the case so far".

However, later on June 18 Fico conceded that the task of building a government will be difficult, as the socialist Smer has five centre-right parties to choose from. Fico said Smer would look for shared elements in the programmes of the various parties.

President Ivan Gašparovič announced on June 18 that he would task Fico as the election victor with leading the negotiations on forming the new government. This is a merely symbolic act, one not recognized in the constitution, and in the end the president will name as prime minister whomever comes up with a parliamentary majority.

Prime Minister Mikuláš Dzurinda, chairman of the SDKÚ, had not given up hope of forming another right-wing government, which the election results showed would only be possible if the opposition Movement for a Democratic Slovakia (HZDS) supported the right-wing bloc.

"Together we have solid strength, and I would like our cooperation to be effective and productive, because in that case our chance of ensuring political continuity will increase. It's important for Slovakia," Dzurinda told the press.

"I want to achieve a good result," he added.

Coalitions need to secure 76 seats in parliament in order to shape a majority government. At the moment, there are half a dozen combinations regarded as more or less possible by political observers, but the main choice lies between some combination of opposition and government parties, or a purely opposition pact between Smer, the HZDS, and the far-right Slovak National Party, which scored almost 12 percent.

Based on the election results, Smer will get 50 seats in the 150-seat legislature, while the SDKÚ will have 31 mandates. The SNS gets 20 mandates, as does its greatest rival, the Hungarian Coalition Party. The HZDS has 15 mandates to offer in coalition negotiations, while the Christian Democratic Movement has 14.

While the talks are likely to be long and complex, they are made easier by the fact that the Free Forum and the Slovak Communist Party did not secure the 5 percent support necessary for representation in parliament.

"There are fewer possible variations than there might have been, but the negotiations will still be very tough," said Pavel Haulík, the head of the MVK polling agency.

Meanwhile, the SMK said it would only enter the new government if its future partners guaranteed that the positive trends set during the past four years would be continued.

"We want to enter the government, but not at any price," Béla Bugár told the press.

Bugár added that his party was not rejecting talks with Smer, but that the government programme would be a deciding factor.

Only one party combination was sure not to occur: the nationalist SNS and the ethnic Hungarian SMK.

SNS leader Ján Slota said his party had certain "limits and barriers" that it would insist on if it entered the government, including a ban on the privatization of companies of strategic importance to the economy, the state's re-gaining a majority in the Slovenský plynárenský priemysel (SPP) gas utility, and a halt to the decommissioning of the Jaslovské Bohunice nuclear power plant.

Slota also held up the SMK as a major stumbling block.

"It's really shocking to me that anyone would even consider cooperating with the SMK. It's just incomprehensible and it makes me sick," Slota said.

While there is no predicting the next coalition, the most frequently mentioned formations are as follows:

However, whatever the colour of the next government, political analysts agree the country is unlikely to change direction in a fundamental way.

"Whatever the nature of the new government, we will see a continuation of what was started by the right-wing Mikuláš Dzurinda cabinet. Perhaps there will be some slight changes or fine-tuning," Haulík told The Slovak Spectator.

He noted that even though Smer had won a third of the seats in parliament, "noting is yet certain" regarding Fico's government prospects.

And even if Smer does form the new government, it does not necessarily mean the end to all that the current government started, Haulík insisted.

"A lot depends on what partners Smer chooses to work with. For instance, if the KDH and the SMK are in the government, the changes will certainly not be dramatic," he said.

A coalition between Smer, the HZDS and the SNS was dubbed "the worst-case scenario" leading up to elections, but political scientist Grigorij Mesežnikov said that the possibility of such a coalition was used as a scare tactic to get right-leaning parties to consider unusual political partners.

"This coalition is not the most likely option [to emerge from coalition talks], but it can't be excluded," Mesežnikov told The Slovak Spectator. "Such a coalition would have a catastrophic impact on the image of the country abroad."

The HZDS and SNS are both regarded with distaste by the international community, the former because of its anti-democratic excesses while in power from 1994 to 1998, and the latter for its far-right rhetoric and its own share in the debacle of the third 1990s Mečiar government.

As for a coalition between Smer, the KDH and the SMK, Mesežnikov said it was a more likely alternative.

"Nevertheless, the KDH and SMK would certainly prefer a coalition with the SDKÚ, despite their experiences with Dzurinda," he added.

Both parties complained of Dzurinda's take-no-prisoners leadership style during the 2002 to 2006 government, citing broken promises that in the end caused the KDH to quit the coalition and force early elections.

The Christian Democrats have now not ruled out the possibility of going into opposition.

"If the KDH insists on going into opposition, it will be impossible to form a government without Smer," Haulík said.

HZDS Deputy Chairman Viliam Veteška said that the HZDS was interested in joining the next government. One of the options that has been repeatedly raised this political season is of a coalition between the HZDS and the three right-wing parties, despite the fact that the two sides used to be sworn enemies in the 1990s.

However, Ľubomír Blaha from the Political Science Institute of the Slovak Academy of Sciences told the SITA news wire that Mečiar's party was unlikely to work with the centre-right trio because of the bad blood that exists especially between the KDH and the HZDS.

Kevin Deegan-Krause, assistant professor of political science at Wayne State University in the US, said the international community would not look fondly on a Smer-SNS-HZDS coalition.

"There is already a degree of concern about Fico's idiosyncratic and personal style, and this would be compounded by concerns about the raw ethno-nationalism that has defined Slota's SNS campaign, as well as concerns, rather more muted, about Mečiar's past violations of democratic principles," Krause told The Slovak Spectator.

However, according to Krause, the more interesting question is whether Smer can hold it together and maintain its internal stability.

"Tim Haugton of the University of Birmingham has pointed out that Smer's internal stability could be threatened either by its failure to get into government - its partisans have been waiting patiently and may lose that patience - or by its success in doing so. From both an electoral and an organizational standpoint, this is an ungainly and loose-knit coalition.

"The Smer elite, who are often entrepreneurs, professionals and local notables, do not appear to work particularly well with the membership the party acquired from [absorbing the reformed communist] SDĽ party, and it will be interesting to see whether those who have joined the party in search of specific gains will maintain their allegiance when real money and power is at stake," Krause said.