Four years that changed the economy

IT WAS perhaps inevitable that Slovakia's wide-ranging economic and social reforms became a major issue in the 2006 election campaign, with the ruling coalition counting the bold changes among their main achievements and the opposition dubbing them "hazardous experiments".
Between 2002 and 2006, the Dzurinda government undertook a series of structural reforms designed to improve the business environment. 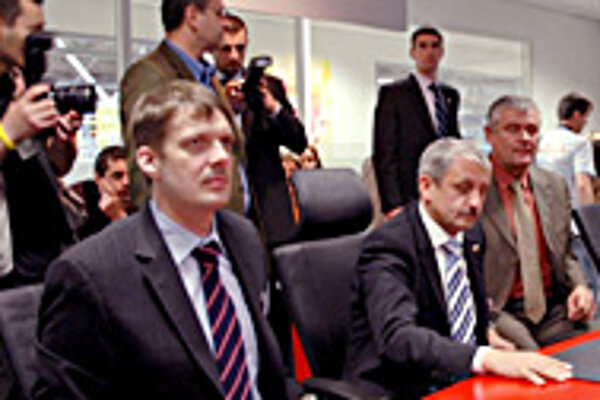 Font size:A-|A+  Comments disabled
IT WAS perhaps inevitable that Slovakia's wide-ranging economic and social reforms became a major issue in the 2006 election campaign, with the ruling coalition counting the bold changes among their main achievements and the opposition dubbing them "hazardous experiments".

Between 2002 and 2006, the Dzurinda government undertook a series of structural reforms designed to improve the business environment. Changes to the tax system and the Labour Code caught the attention of investors and drew considerable foreign direct investment (FDI) into the country, pushing the economy into a phase of vigorous growth of over six percent a year by 2005, among the highest rates in Europe.

The health of the country's economy did not go unnoticed. All leading ratings agencies raised and later re-raised the country's ratings. Having successfully entered the EU in 2004, the country made strong progress toward joining the Eurozone by entering the ERM II mechanism, a pre-euro adoption phase, in November 2005.

However, the Dzurinda government did not finish all the reforms it started. Major changes to the health care and education systems proved too demanding of the government's vigour and unity.

The government also started the privatisation sales of strategic energy and transport companies, but some of these projects remain unfinished.

The Dzurinda government remained a target of criticism for continuing high unemployment in the country, regional income and wealth disparities, and Slovakia's moribund capital market.

Among all the government's economic achievements, the tax reform was the one that drew the most praise from international business. Predictably, it also became the main campaign issue for the opposition leading up to elections.

In June 2003, the Slovak parliament approved a flat, across the board value-added tax (VAT) of 19 percent. In October 2003, a flat 19-percent income tax for individuals and corporate entities was also approved by the parliament. Both taxes took effect in January 2004.

In 2003, the parliament amended Slovakia's Labour Code to make the country's labour law more "flexible" (i.e. to make it easier for companies to hire and fire employees).

Municipalities and regional governments were gradually given more power in education, health care and other sectors thanks to the decentralisation of public administration, a process launched in 2002. The government's fiscal decentralisation programme later gave them a share of the state's revenues from income taxes to fund the discharge of their new responsibilities.

The cabinet also launched a reform of the healthcare sector. New laws on health care, outpatient services, healthcare providers, health insurance, public health insurance and health insurance companies were adopted. Modest fees for selected healthcare services were introduced. However, the transformation of healthcare facilities into joint stock companies, which was to have ensured that they operated according to business principles and made effective use of their revenues, was not accomplished.

The Education Ministry submitted a draft education reform to parliament, but too late to have a chance of passing it. The education and finance ministers had agreed in 2003 that annual fees from Sk3,500 to Sk21,000 (Ř85 - 510) should be introduced for university studies as of September 2004. However, the proposals were not adopted due to strong protests from students and the education community.

Most of the country's major assets were privatised long before Dzurinda's 2002-2006 term. However, the current administration sought to privatise energy and transport companies.

Parliament approved an amendment to the Act on Large-Scale Privatisation that enabled the state to sell off its remaining stakes in major, formerly state-owned companies. However, due to early elections, the privatisation of some companies remained incomplete.

The sale of the Slovak power utility Slovenské elektrárne (SE) was completed in April 2006 when the Italian Enel signed the final documents closing the deal. Enel paid Ř839 million for a 66 percent stake in SE.

The National Property Fund privatisation agency named PPC Holding the winner of a tender for a 90-percent stake in the lucrative steam and gas company Paroplynový cyklus (PPC). PPC Holding is a subsidiary of the firm VSŽ Košice, which is 90-percent owned by the Slovak financial group Penta.

A consortium consisting of the Austrian Rail Cargo and the Slovak financial group J&T were recommended by the cabinet as the winner of a tender for ŽSSK Cargo, a railway cargo transport operator. However, the deal was halted due to early elections.

In line with the government's decision to stop all privatisation sales ahead of the general elections, the planned sales of six heating companies, shares in four bus companies, and the machinery company DMD Group were also halted.

Announcements of new FDI projects all over Slovakia began to appear regularly after the French PSA Peugeot Citroen and the Korean Kia Motors announced their intentions to build plants in Slovakia. The majority of the new investments came in the automotive sector. Many investors cited the favourable business climate and the country's relatively cheap and well-educated labour force as the reason for their decision to invest in Slovakia.

The announcement of PSA Peugeot Citroen in 2003 that it wanted to build a car plant near Trnava was the first big FDI fish attracted by the new pro-investment business environment. At first PSA intended to invest Ř700 million, but in 2006 it announced an additional investment of Ř357 million.

In 2004, Kia announced plans to build a similar car plant for Ř700 million near Žilina. However, the deal suffered from poor planning, and problems with the purchase of land and state subsidies became apparent at an early stage.

Due to the previously murky conditions for providing state aid to FDI projects, the government introduced new and clear rules regarding state support for foreign investors. Under the new rules, Slovakia is divided into two zones. The green zone includes poorer regions in urgent need of investments while the yellow zone comprises wealthy regions that have already absorbed a certain level of investments.

The Korean Hankook Tire and the German car component producer Dräxlmaier were the first large potential investors to decide against investing in Slovakia due to their dissatisfaction with the state aid package they were offered.

Economic fundamentals and the euro

Slovakia's economy continues to grow. According to the Statistics Bureau (ŠÚ SR) in 2002 the gross domestic product (GDP) grew by 4.1 percent while in 2005 growth was 6.1 percent. In the first quarter of this year, GDP growth was estimated at 6.3 percent.

The local currency gained strength as well, reflecting improved economic funda-mentals. In September 2002 the average euro exchange rate of the crown stood at 43.016 SKK/EUR while in June 2006 the rate was 37.828 SKK/EUR.

The outgoing Slovak cabinet decided to adopt the euro in 2009, and on November 25 tied the crown to the euro and consequently entered the Exchange Rate Mechanism II (ERM II). The crown was pegged at the prevailing market exchange rate of Sk38.455 to the euro, and henceforth will be allowed to fluctuate in a band of plus or minus 15 percent.

* Health Ministry
Rudolf Zajac (ANO, and pro-government ANO caucus)served the whole election term, remaining a part of the government even after Rusko's ANO, which nominated Zajac to the post, withdrew from the government in September 2005

* Justice Ministry
Daniel Lipšic (KDH) served until February 2006 when the KDH decided to leave the coalition over a treaty with the Vatican
Lucia Žitňanská (non partisan, later SDKÚ) took over until the end of the government's term

* Labour and Social Affairs Ministry
Ľudovít Kaník (Democratic Party, nominated by SDKÚ) left post in autumn 2005 over an EU grant that his family applied for via an agency administered by the Labour Ministry
Iveta Radičová (non-partisan, later SDKÚ) took over until the end of the government's term