WHEN Slovakia sold a minority stake in the state oil pipeline company Transpetrol to the Russian oil colossus Yukos in 2002 for $74 million, no one imagined that in a few years the country would be having to deal with the disposition of the shares again, and in far more complex circumstances. 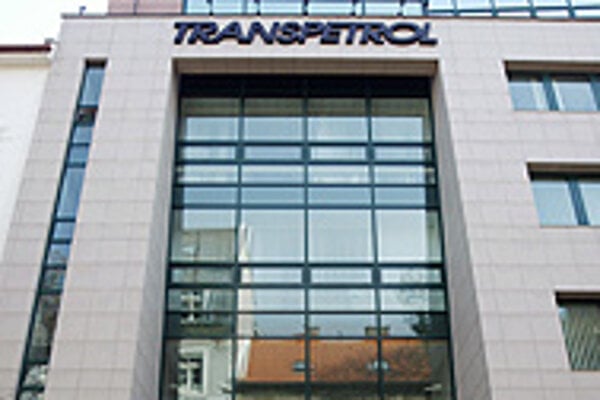 Font size:A-|A+  Comments disabled
WHEN Slovakia sold a minority stake in the state oil pipeline company Transpetrol to the Russian oil colossus Yukos in 2002 for $74 million, no one imagined that in a few years the country would be having to deal with the disposition of the shares again, and in far more complex circumstances.

The problem began when Yukos crumbled after its founders, the Russian oil tycoons Mikhail Khodorkovsky and Platon Lebedev, were arrested in 2003 for tax evasion. The implosion of Yukos has produced so many developments with the Transpetrol stake that their fate has been constantly clouded by uncertainty.

Yukos is currently selling off its foreign assets that are not directly linked to its core business. For Slovakia, however, Transpetrol is not a non-core asset - it is a strategically important energy company supplying oil to the country and to Western Europe, and Bratislava wants to have a say in who its minority partner will be.

The only thing that is certain at this point is that the new Slovak government emerging from the June 17 parliamentary elections will inherit the Transpetrol conundrum from the team of Mikuláš Dzurinda, even though the Dzurinda government declared it wanted to have the matter settled by the time it left office.

The fate of the shares remains wide open, with the Polish media reporting last week that the Polish company PKN Orlen, which also owns the Czech Unipetrol, was eyeing the Transpetrol shares.

The report came on the heels of an announcement on June 12 by Yukos Finance, which owns the Transpetrol stake, that it was canceling a previous sale agreement with another Russian company, Russneft, which had been tipped to take over its Transpetrol holding.

Yukos confirmed to The Slovak Spectator in March that it had sold its 49 percent stake to Russneft for $103 million (Ř87 million).

However, Yukos officials now say they have changed their minds because the Slovak government, which has a veto on any sale of the Transpetrol stake until mid-2007, disagreed with the deal.

Slovakia has been toying with the idea of buying back the Transpetrol shares. In late May Economy Minister Jirko Malchárek told the media after returning from a working visit to Russia that the country still had a chance to buy back the share package. However, on June 8 the Economy Ministry refused to speculate whether Yukos' change of heart would increase Slovakia's chances to getting the shares back.

Russian Ambassador to Slovakia Alexander Udalcov, said the best thing for Slovakia would be to have the Transpetrol shares owned by a Russian firm.

"It's in the interest of Slovakia to go through with the sale of 49 percent in Transpetrol to a Russian company," Udalcov told The Slovak Spectator.

If Russneft acquires the Transpetrol stake, it would gain a commanding position on the European energy market. Opponents of the sale say it would make Slovakia more energy dependent on Moscow, an unpleasant prospect given Russia's use of energy to play politics with Ukraine last year.

To complicate matters, in May the Slovak Anti-Monopoly Bureau (PMÚ) approved Russneft's acquisition of the Transpetrol share package.

In its assessment, the anti-trust authority focused on the impact the deal might have on competition in Slovakia, PMÚ spokesman Miroslav Jurkovič said on May 19.

"Based on its evaluation, the bureau concluded that this acquisition would not change the situation on the market. Also, given that this move concerns ownership changes only, [the PMÚ] concluded that the acquisition neither creates nor enhances a dominant position that would be a significant obstacle to competition on the crude oil transportation and storage market."

Last December it seemed that the Transpetrol deal had been ironed out after Slovakia said it would not try to reclaim the stake from Yukos. Malchárek at that time was receptive to the idea of selling the Transpetrol shares to Russneft.

However, Dzurinda said in early March he favoured banning the sale based on the veto granted to Slovakia under the Transpetrol sale contract.

Yukos took control of the stake on April 29, 2002 after winning a tender in 2001. The firm hoped to use the holding to gain access to western and southern European markets, as well as to initiate a pipeline sea route to North America.