SLOVAKIA'S electoral system may give political parties a loud say in who wins a seat in parliament, but in June 17 elections a custom allowing voters to indicate preferred candidates allowed some to leapfrog their colleagues and land a job in the legislature.
One such case was Peter Gabura of the Christian Democratic Movement (KDH), whom the party leadership had originally placed at No 77 on its 150-member list of candidates for elections, giving him no chance of winning a seat. 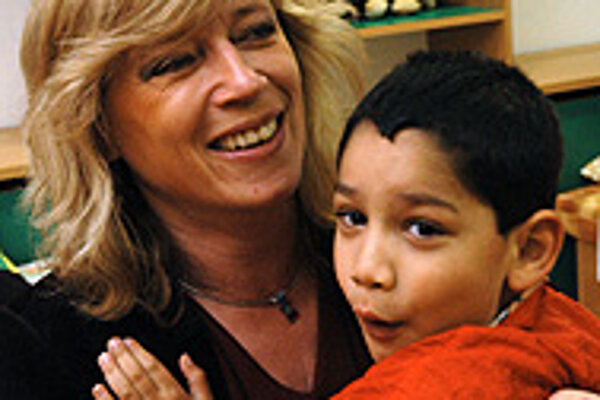 Font size:A-|A+  Comments disabled
SLOVAKIA'S electoral system may give political parties a loud say in who wins a seat in parliament, but in June 17 elections a custom allowing voters to indicate preferred candidates allowed some to leapfrog their colleagues and land a job in the legislature.

One such case was Peter Gabura of the Christian Democratic Movement (KDH), whom the party leadership had originally placed at No 77 on its 150-member list of candidates for elections, giving him no chance of winning a seat.

However, thanks in part to Gabura's own private poster campaign, he snared 8,527 preferential ballots from voters who circled his name, in addition to just voting for the party. The support catapulted him from No 77 to No 9, and gave him one of the 14 seats the party claimed in the new parliament.

Another major "jumper" was Katarína Tóthová of the opposition Movement for a Democratic Slovakia (HZDS), who received 24,718 preferential votes, according to data from the Statistics Bureau, boosting her to No 5 from No 30 on the party's list of candidates, and giving her, too, a seat in parliament that she otherwise would not have had.

Preferential voting, also known as "circling", also revealed some interesting voter sympathies that, while they did not affect who became an MP and who was dropped, did give parties some valuable insight into the mood of the electorate.

Other politicians saw a steep decrease in popularity, such as HZDS leader Vladimír Mečiar, who received only 139,255 preferential votes in June 2006, some 200,000 fewer that he had taken in the 2002 ballot.

Similarly, Beata Sániová, the HZDS's No 2 behind Mečiar, was pushed down to No 8, although she still made it into parliament with one of the HZDS' 15 seats.

According to Statistics Bureau data, Robert Fico, the leader of the strongest party in the recent elections, received 443,230 preferential votes, more than any other candidate. He was followed by his Smer party peer Robert Kaliňák with 299,253 votes. The third strongest politician in terms of preferential votes was Radičová, followed by Mikloš and the leader of the ruling Hungarian Coalition Party, Béla Bugár, who scored 179,237 votes.

In the 2002 general elections, Mečiar led the field with 358,834 preferential votes.

In this year's elections, the Statistics Bureau said, thanks to the high number of preferential votes cast, seven politicians worked their way into parliamentary seats that they had not originally been slated for.

Apart from Gabura and Tóthová, the leapfroggers included Mária Sabolová, Monika Gibalová and Stanislav Kahanec of the KDH, and Imre Andruskó and János Szigeti of the SMK.

In the run-up to the elections, the Fair Play Alliance watchdog group together with Občianske oko and other NGOs called on people to use their preferential votes in a campaign called 'four circles for honest politics'.

Under the Election Act, voters are allowed to circle four names on their ballots.

Fair Play Alliance director Zuzana Wienk told The Slovak Spectator that the campaign was aimed at "opening a debate on the low culture of [Slovak] politics and trying to improve it through the selection of specific candidates".

"If people chose the politicians they really trusted and who also met high ethical standards, the nature of politics could start to change," she said.

Občianske oko's Peter Novotný said that the voting stats confirmed that more and more people were using their preferential votes to determine the shape of parliament, rather than merely letting party executives select MPs.

While between 1992 and 1998 only half of all voters used their preferential votes, in this year's elections it was three out of four.

This year's 'four circles for honest politics' campaign called on people to circle their three favourite candidates plus, in a symbolic gesture, the last candidate on their respective party's election slate. This was meant to serve as a sign to parties that their voters are unhappy with the level of honesty in Slovak politics and the quality of the candidates in general.

According to Wienk, 10,000 people heeded the call and circled the last candidate.

Wienk also said that politicians are starting to take preferential voting more seriously. "They developed a line of communication with the people and opened up a chance for themselves," she said.

According to Wienk, the fact that Dzurinda received fewer preferential votes than two of his party peers showed, for instance, that "a great group of [SDKÚ] voters trust the two other politicians more. Perhaps it also indicates that some people voted for the SDKÚ because they considered it the only alternative for the continuation of reforms, especially economic ones, as represented by [reform architect] Ivan Mikloš, even though they did not identify with the party's overall actions".

Dzurinda claimed to be happy about the preferential vote totals secured by Radičová and Mikloš.

SDKÚ spokesman Martin Maťko told The Slovak Spectator that the PM believed Radičová to be very talented and hoped she develops her skills further. "That's totally super," Dzurinda said of her score during a press conference on June 19, adding that the high score for Mikloš confirmed that Slovakia's outgoing finance minister was "the number-one reformer in Europe" and that people accepted the main message of his party: that it was "better to continue building [on the reforms] than to knock them down".

According to HZDS spokeswoman Magdaléna Fajtová, the party, as well as newly elected MP Tóthová, were "pleasantly surprised, not just for our representatives but also for the MP herself".

"It's gratifying and a clear sign of sympathy as people trust her and they confirmed it in this way," Fajtová told The Slovak Spectator.

In her opinion, the same applies to party leader Mečiar, despite the fact that he lost hundreds of thousands of preferential votes compared to the 2002 elections.

"Both [Mečiar and Tóthová] are among the party's most experienced MPs and politicians, they are skilled, educated, and dedicated to their work. Not only people but also their party peers respect them for this," she said. "Preferential votes are a certain indicator of how popular politicians are."

But according to Wienk, there is a message contained in the decreasing voter support for some politicians, Mečiar included. "Politicians should be able to interpret the message sent by the voters," she said.

Politicians with the highest number of preferential votes

The Statistics Office
Comments disabled
Send the article by email